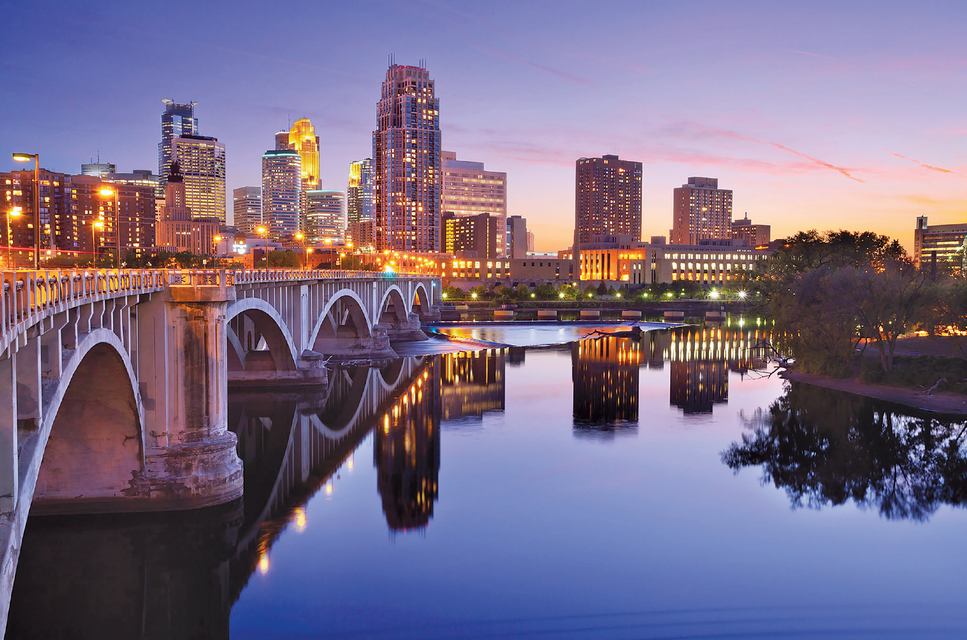 
Every autumn, when the leaves offer their first suggestion of their turn toward death, when the morning air alludes to the coming winter, I always remember my escape to Minnesota. It was, in some respects, a homecoming. I grew up in a suburb of St. Paul, never far from the thrill of bigger things. But this time, I wasn’t moving back to familiar neighborhoods. Instead, I set my sights on the Superior National Forest, a quiet wilderness that stretches across the northeast corner of the state. To escape Chicago and the remains of my failed marriage, I took a job at a family-owned resort that sat across a small lake from the Canadian wilderness, beyond the reaches of cell service.
For those of you who are less than intimate with Minnesota’s geography, my journey looked like this: From St. Paul, I drove for two hours up Interstate 35 until I reached Duluth, a port city on Lake Superior packed with breweries and homemade taffy. From there, it’s another two hours north along the lake’s coast to Grand Marais, a drowsy destination where you can get your fix of sauerkraut tacos and smoked fish. The last leg of the journey is an hour-long drive on the Gunflint Highway, a two-lane road that winds into the Superior National Forest. Drivers should always be ready to brake for moose and black bears.
I worked at that resort from May through October. I led zipline tours by day and served walleye in the dining room at night. Certain images stay with me: the giant island of ice that shifted in circles on Gunflint Lake, held hostage by the sharp winter winds that rule Northern Minnesota even in May. I remember just how dark it gets in the middle of nowhere, how the unforgiving darkness swallowed up the pathetic light of my phone. Several years before my visit, a fire ravaged the forest, and on several occasions, I hiked through the burned-out sections. I remember the unnerving silence of those areas, quiet enough to hear the charred trees as they creaked and groaned after death. I remember the tall, technicolor slabs of magnetic rock that wrought havoc upon my compass. I remember bushwhacking my way through a hiking trail that was totally submerged by a flooded lake. I remember the silence, and how clean the air tasted each morning, and how even the most imperceptible of breezes could cause the poplar leaves to twitch.
I remember my colleagues too, intrepid bartenders and line cooks who moved with the seasons: winters in Park City or Vermont, summers in Alaska or Wyoming. They were the true disciples of John Muir, choosing their employment based on whatever national park they wanted to see next.
I always think of this adventure during autumn because that’s the season when I decided to leave the Superior National Forest. I was invited to stay the winter, to serve booze to the visiting snowmobilers and manage the zipline when spring came around. I was told that the thrills of winter camping and dog-sledding made the subzero temperatures worth enduring.
I believed them too. But I told myself that it was time to move on, time to “do something” with my life, a decision that would ultimately lead me to Atlanta, the place where I’ve planted my life. And yet, when autumn makes her way to Georgia each year, when our leaves hardly change color before falling, when our mild southern chill offers a comparatively gentle slap, I remember the solace of northern forests, and I wonder if I made the right choice.