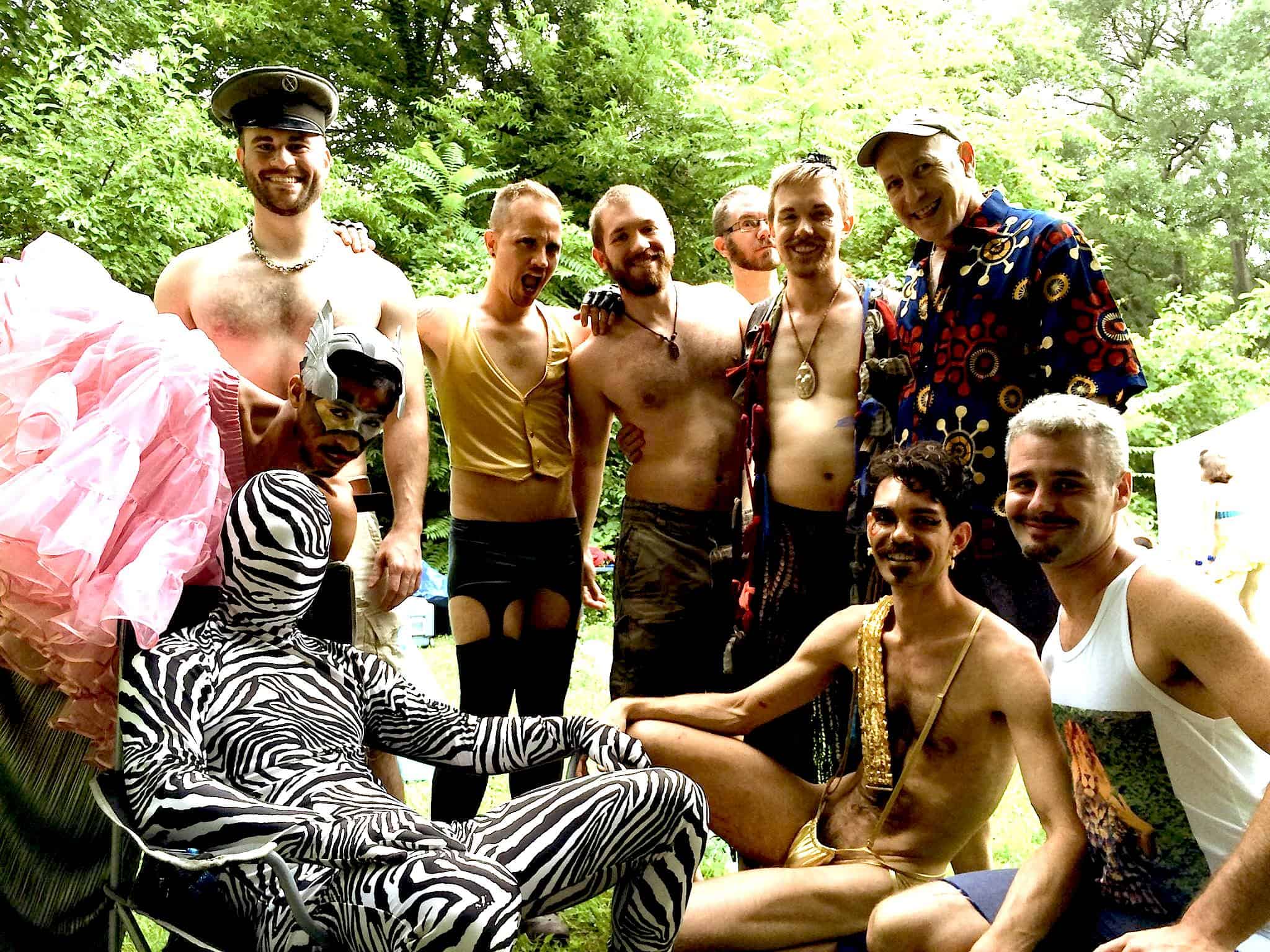 It had been nearly 10 years since the Stonewall Riots when the gay movement started to splinter in two directions. There were those who wanted to work within the system and do things like lobby legislators to affect change, and there were those who wanted to carve out an entirely new identity that didn’t have much to do with the things that straight people had or wanted.

So you took the 1960s countercultural movement and added in the 1970s sexual revolution, and something like the Radical Faeries seems bound to have happened.

“Our agenda at that time would not have necessarily been to push for things that have been the gay agenda—marriage equality, serving in the military, adoption rights,” says Atlanta poet Franklin Abbott, one of the original Faeries. “We wanted to be free to be ourselves. We didn’t want to be harassed by the police. It was free to be free rather than free to do all the things that straight people do.”

Abbott was there during the first “gatherings” in the Southeast, which started in 1978 at what was then known as Running Water Farm in a small town on the Tennessee–North Carolina border and continued in 1980 about an hour outside of Nashville at Short Mountain Sanctuary, where the gatherings continue to this day.

“It’s about community. The Faeries talk about ‘the circle.’ It’s a nonhierarchical structure where everybody has a voice and there’s not a leader. It’s a funny tribe,” Abbott says, laughing.

He compares the Faeries to bears, saying you can identify strongly with them or be on the periphery; you can come and go as you please. You can even choose your own Faerie name. Abbott liked his name just fine, so he stuck with Franklin, but others take the opportunity to change theirs. It’s a way of choosing a persona.

The evolution of the Faeries

The Radical Faeries have evolved over the years, with more and more women and gender nonconforming individuals taking part. Abbott says the younger generation seems to be less political and more about artistic expression.

Oheysis (pronounced like “Oasis”) Joshing is one of those younger Faeries. The first Faerie event he went to was a game of hide and seek in Piedmont Park in the summer of 2011. He became more and more a part of the movement from that moment.

He took “Oheysis” as his Faerie name after he started thinking about what his purpose was, and he decided it was to allow people he comes into contact with to have the space to express themselves in the way that they see fit, without any obligations.

“I wanted to be that safe space and it dawned on me that that’s what’s often called an oasis,” he says. “I’ve definitely found out that one person cannot be an oasis to every person they meet, but I can definitely do something, I can give something, I can offer something even if it’s very very small.”

When defining something makes it less whole

Joshing is careful not to call the Faeries a group or an organization of any kind—far from it, actually.

“It’s a disorganization if it can be called a thing at all,” he says. “It’s about gentle anarchy. It seems to be very self-focused, to figure out what it is that you desire, what you feel and believe and understand. Figuring out all of that so that you bring that to the table and say ‘Here I am.’ That’s much more comforting and empowering to me.”

For Joshing it comes down to the idea of ‘play,’ which he’s hesitant to define because, well, imposing definitions on something goes against the spirit of play itself. He says it can be meant in a sense of communication and negotiation, like meeting someone socially for the first time, which he says can make him feel anxious or doubtful.

“What play allows me to do is to release the usual narrative of obligation and strong ego identifying,” he says. “For me, the playfulness allows me to be more fluid and accommodating and allowing.”

Joshing is also hesitant to call the Radical Faeries a family. He’d much rather not call it anything at all and just let it be what it is and leave it at that.

“Even if it’s just, ‘Hey, does anyone want to go out for coffee together?’ and it ends up being 15 people. That’s the thing is allowing that to happen without having to put a narrative over it and say, ‘This is our family,’” he says. “It’s not always family but it can still be inclusive and nourishing and granting a space for each individual to come and to go and have a voice in that space.”