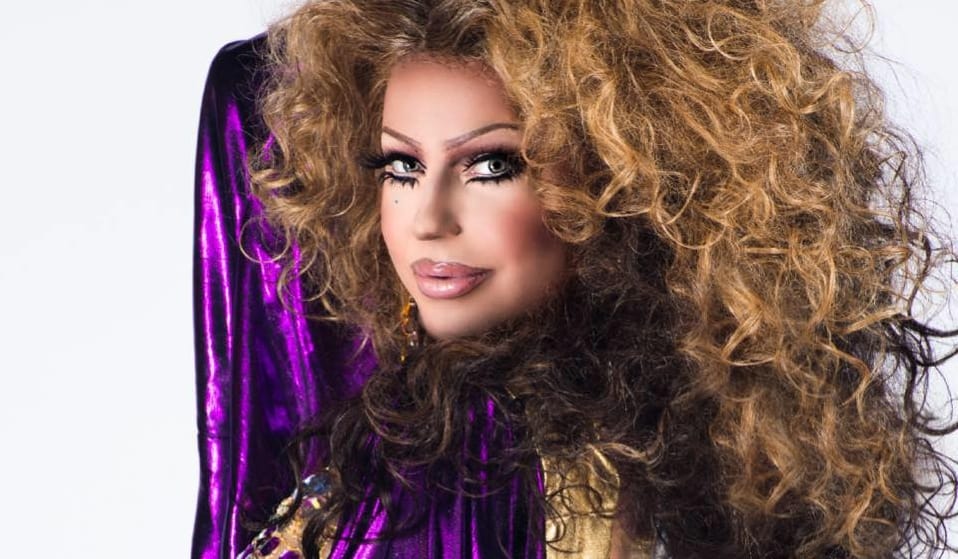 Your guide to Atlanta’s countless sub-genres of drag

Not since male actors dressed up to play Juliet, Cordelia and Lady Macbeth at the Globe Theatre has the art of female impersonation been as forefront as it is today. From RuPaul reigning as one of the most powerful forces in reality TV (presiding over an expanding empire following the move of “Drag Race” from Logo to VH1), to a stage full of drag queens stealing the show during Katy Perry’s spring performance of “Swish Swish” on Saturday Night Live, the spotlight is shining brightly on a genre that used to be relegated to dim and dank gay bars.

With drag queens becoming more visible, it’s useful to remember how much variety exists within what many folks mistake as a homogenous scene. Just as gay men can be roughly sorted into piles of twinks, bears and muscle queens, there are numerous categories for drag performers, from outrageous camp queens to sexy club divas, from those who use drag to manipulate gender axioms to the continued emergence of women crossdressing for entertainment.

Here’s a quick primer for some of the more popular types of drag, so you know which type of performer to schedule for your office holiday party, lesbian bachelorette night or after-school story time (no, seriously: there’s a bi-coastal movement called Drag Time Story Hour, where fabulous queens sprinkle their magic on fairy tales and expand the boundaries childhood often draws around gender).

If drag were a tree, glamour queens would be the trunk from which all the other branches grow – and the trunk would be dotted with sequins and draped in boas, and would probably be contoured in that odd way that trees sometimes are, where you think you can see breasts and a vaginal imprint in the bark. Despite other types of drag gaining new exposure and popularity, glamour queens remain the popular image when one envisions a drag queen: an immaculately made-up, ornately outfitted homage to femininity.

These are the queens who make up the rosters of most drag shows at gay clubs, and work the circuit of drag pageants and house balls in search of the glory of realness. There are way too many glamour queens in Atlanta to name them all, but among the legends who have learned to represent this category are Raquell Lord, Mr. Charlie Brown, Phoenix and Shawnna Brooks.

If glamour queens are the curvaceous trunk of the tree of female impersonation, camp drag is either the roots or the soil. These performers are more focused on silliness than seduction, and there’s a chance their lipstick is smeared by their natural-grown mustache.

But even this category is evolving: whereas camp drag queens used to rely on raunchy numbers and lopsided boobs to get laughs, the new generation of “pretty girl” camp queens use brutal wit and musical satire to amuse crowds. Ruby Redd, Trashetta Galore and Molly Rimswell are some of the camp queens that keep locals in stitches.

Millennials are breathing new life into a genre of drag whose last heyday was the gender-fuck punk days of the late ’70s and early ’80s, reinventing the sleek chicness of androgynous drag. While androgynous queens have perfected face painting and fashion as much as any drag queen, they typically retain elements of a masculine persona and twist our perception of gender into knots.

“RuPaul’s Drag Race” has brought the androgynous renaissance to center stage with stars like Sasha Velour and Ongina, while gender-bending queens like Brent Starr and Princess Charles subvert the masc/femme paradigm for Atlanta audiences.

Another area of female impersonation that has exploded in popularity during the “Drag Race” era is avant-garde drag, which is sometimes knowns as the anti-RuPaul category of drag. Rather than showcase an endless stream of glamour queens that you might see performing at any gay bar, RuPaul has given unprecedented exposure to queens who think outside the box when it comes to their costumes, make-up and overall persona.

These experimental queens are kind of like the haute couture element of the drag community, showcasing stunningly creative looks which, beyond a runway or stage, don’t seem to be from or for this earth – which is why Clown Queen is another moniker for this colorful set of queens. Atlanta performer Evah Destruction is among the international vanguard of this innovative art form, as are other local performers like Edie Cheezburger and Violet Chachki.

There was once a time when drag was synonymous with celebrity female impersonation, as you couldn’t go to a gay bar without seeing half-a-dozen Chers, Lizas and Marilyns. Long gone are the days when queens devoted most of their career to a single celebrity, as drag has become more about creating one’s own legendary characters.

Today’s drag queens are more likely to use a single number to pay tribute to their favorite divas, such as Alicia Kelly’s spot-on impersonation of Tina Turner, although some locals have committed their stage careers to a particular artist, such as the Lady Shabazz’s incomparable portrayal of Janet Jackson.

One of the fastest-growing areas of drag shifts the dynamics into reverse, with female performers morphing into mustachioed, muscle shirt-wearing drag kings. While women performing in male attire goes back to at least the 1800s in the U.S., drag kings have strong-armed their way into mainstream LGBT culture over the past decade, and Atlanta’s drag king scene is one of the most vibrant in the county.

Whereas the early days of the modern drag king movement was heavily focused on achieving macho realness, the category has evolved to include vaudeville, camp, androgyny and many of the categories associated with the kings’ older drag sisters. Jordan Michael McCord and Owen McCord are among the Atlanta torchbearers in this emerging genre of entertainment.

Drag queens have a long and storied history of rallying the LBGT community during times of need, whether it be the fundraising benefits they hosted throughout the darkest days of the AIDS crisis, or Irish drag queen Panti Bliss marshalling her country to marriage equality last year. Many drag queens continue that legacy of philanthropy individually, while so-called “activessle drag” involves queens banding together to multiply their might.

Atlanta is home to several prototypes of this type of drag collective. The camp troupe The Armorettes donated more than $2.2 million to HIV/AIDS organizations over three decades, and the Sisters of Perpetual Indulgence lead the effort to help LGBT homeless youth via its Lost-n-Found Youth initiative.

There was a time when preforming drag meant getting dolled up to stand on a stage, then remaining 90 percent stationary while lip-syncing, winking at the audience and thanking folks as they tipped dollar bills. But as the music switched from standards and showtunes to pop and hip hop, and as the illusion techniques became more sophisticated and revealing, more queens are shaking what their drag mama gave them.

Whether the dance style is burlesque, bubble-gum bounce or something you’re more likely to see at a Cheshire Bridge strip club, more queens are adding rhythm and physicality to their routines for younger crowds that expect non-stop stimulation. Veteran queens like Shawnna Brooks paved the dance floors across Atlanta, which now feature showstoppers like Destiny Brooks and Stasha Sanchez.