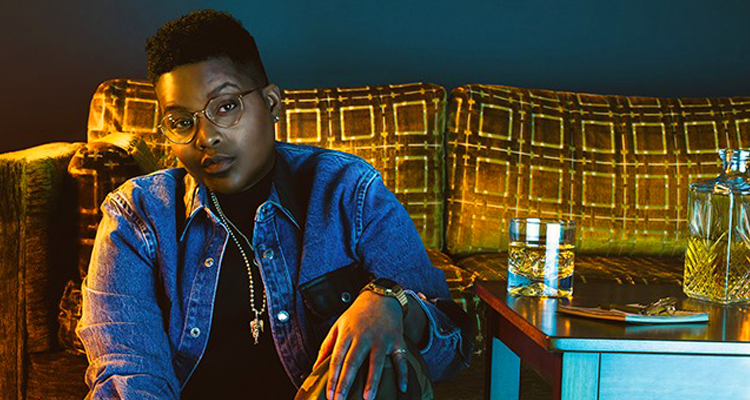 Every year on December 1, the world commemorates World AIDS Day. People around the world unite in support for people affected by HIV and to remember those we have lost to the illness.

It also serves as an opportunity to educate on the current state of HIV and support organizations fighting against HIV every day. There are two events coming to Atlanta that will allow people to do just that.

A stand-up comic and Emmy-nominated writer, Jay made history as the first Black lesbian writer on Saturday Night Live. She can currently be seen on HBO’s “Pause with Sam Jay,” a weekly late-night series on which she serves as host and executive producer. She will also be seen in the upcoming Peacock series, “Bust Down.”

“World AIDS Day is December 1, so it’s a good time in the year to honor people that we’ve lost to the epidemic and bring awareness to HIV and the services that are still needed in Atlanta,” Olivia Chelko, the Vice President of Development and Communications for Positive Impact, told Georgia Voice. “What’s so great about having a lesbian comic for the show is that lesbians were so critical at the beginning of the [AIDS] epidemic. They were the women that were fighting for gay men and helping them with their HIV disease progression, some of the wonderful heroes in Atlanta organizing blood drives.”

Comedian, writer, and “essential gay” Ian Aber will open the show. Aber was a national Finalist in NBC’s “Stand Up for Diversity” and has opened for Margaret Cho, Jo Firestone, and Fortune Feimster. He also hosts the new “Str8 Ppl: A Minor Look at the Majority” podcast.

Money raised from Party with Impact will fund community services like HIV services, testing prevention, and PrEP services. It will also fund expansion of Positive Impact; it will be opening a new youth clinic, dental clinic, and nutrition center in partnership with Open Hand to provide patients with nutritious meals to take home with them.

“The biggest thing around World AIDS Day is bringing awareness that HIV is still an issue,” Chelko said. “Georgia has some of the highest new infection rates, especially in several metro Atlanta counties. We’re combating that. We currently have over 5,000 people in clinical care, but we have a goal to get to 15,000 in the next few years. That obviously comes with new programming and marketing to populations of people that need us and growing in new areas in the state that don’t have HIV services. We’re excited about new programming and expansion and growth. There’s close to 20,000 people out of care in Atlanta that know they are HIV positive that aren’t seeing a medical provider. We want to make sure that we can reach and provide those services to anybody that needs us.”

Tickets for Party with Impact are on sale now at variety-playhouse.com, starting at just $25. Doors open at 7pm and the show begins at 8. If you cannot attend the event, you can support Positive Impact’s work by donating via its website, positiveimpacthealthcenters.org, to help reach its year-end goal of raising $30,000. You can also apply to volunteer or join its AIDS Walk or AIDS Vaccine 200 teams.

Registration for the Symposium for People Living with HIV is now open. Hosted February 24 through 25 by Carl Bean Men’s Health and Wellness Center in conjunction with the Fulton County Department of HIV Elimination, the symposium will focus on promoting positive health outcomes, healthy lifestyles, emphasizing linkage to care, and ending the HIV epidemic. This year’s theme is “My Wellness … Bold, Unapologetic, and Authentic!”

The Symposium for People Living with HIV will be held at the Loudermilk Convention Center in downtown Atlanta. To register, visit menshealthcenter.org/about-the-symposium/registration.