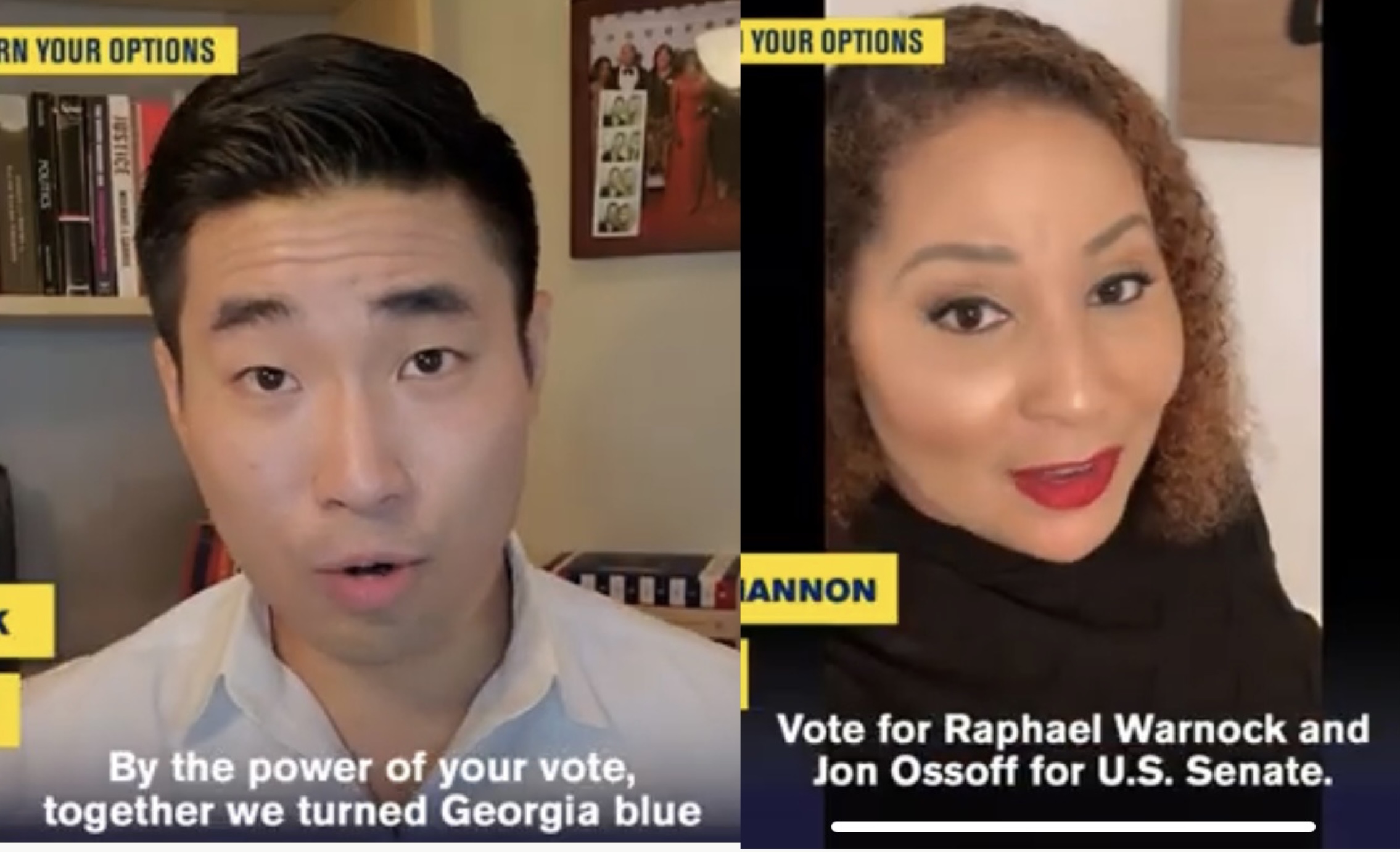 Today, the Human Rights Campaign’s Equality Votes PAC launched a six-figure digital ad campaign focused on voter education and turning out the vote in Georgia early in person, by mail and on Election Day. The campaign, consisting of new videos featuring out Georgia legislators like Rep. Sam Park and Rep. Renitta Shannon as well as a peer-to-peer postcard campaign, focuses on educating voters on early voting and mobilizing them to turn out to vote by January 5th to elect Reverend Raphael Warnock and Jon Ossoff.

“Georgia Equality Voters turned out at higher rates than the general public in the Fall election — slamming the door shut on Trump and Trumpism,” said HRC Deputy Campaign Director Jonathan Shields. “Now, they will finish the job they started in November and ensure that we have a pro-equality majority in the United States Senate for the 117th Congress. The Human Rights Campaign’s Equality Votes PAC is investing a significant six figure effort to educate and empower Equality Voters to turn out the vote in the critical Georgia Senate runoff elections. Their votes for Reverend Raphael Warnock and Jon Ossoff will help Joe Biden and Kamala Harris end this pandemic, protect our health care, address systemic racism and build back our economy.”

The new ad campaign targets over 400,000 Georgia “Equality Voters” under 55 years old whose turnout is critical to the outcome of the Georgia runoff election. Nearly 60 percent of this statewide audience is under 35 years old, over 80 percent are Black and a plurality are women.

HRC’s Equality Votes PAC also launched a postcard campaign to make sure that at least 15,000 pro-LGBTQ Georgians, who may be at risk of not voting, have the information they need to cast their ballots. Volunteers will be sent 25, 50, 75, or 100 pre-addressed postcards to personalize and drop in the mail no later than December 28th to reach voters before Election Day. Learn more about the campaign at hrc.im/postcardstogeorgia.

Supporters in Georgia can go to hrc.org/georgia to verify their voter registration, find out about early in-person or mail voting options and receive election reminders. For more information on how to get involved, sign up to volunteer, or join an advocacy training, visit hrc.org/georgia.