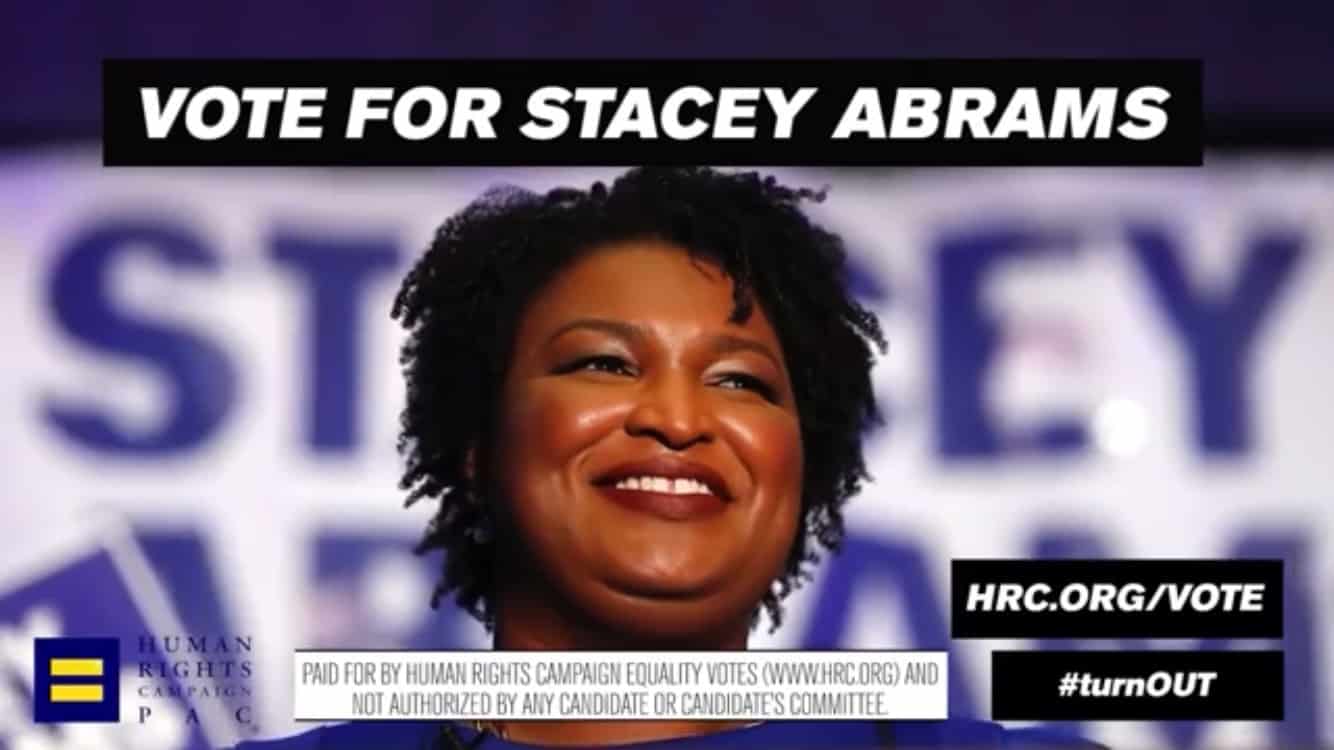 This ad is further evidence of the priority HRC has made of Georgia this election cycle. The organization has four full-time staff organizing in Georgia to elect Stacey Abrams, Carolyn Bourdeaux, and Lucy McBath.

HRC has identified more than 300,000 LGBTQ voters across the state, as well as more than 1,000,000 “equality voters” who will make LGBTQ equality a deciding factor in their vote November 6.

Stacey Abrams has vocally expressed her support of the LGBTQ community, and during her tenure in the Georgia House of Representatives, she consistently opposed discriminatory legislation.

“I’m an ally to a community that I may not be a direct part of, but I am a descendant of the fight for our rights and I believe that you cannot believe in your own rights if you’re not willing to fight for the rights of others and I will never forget that,” Abrams said in a speech addressing HRC ahead of their annual National Dinner in Washington, D.C.

Abrams has also continually denounced legislation that would enshrine discrimination into state law under the guise of religious freedom – legislation Brian Kemp said he would sign into law if elected governor.

“I was raised to know that my faith should never be used as a sword to strike down another community. It should always be a shield to protect,” Abrams said in response to the legislation. “And by God, as the next governor of Georgia, I will make sure that bill never crosses the finish line in the state of Georgia.”

The PAC has spent more than half a million dollars on digital ads aimed at getting “equality voters” to the polls in Florida, as well.