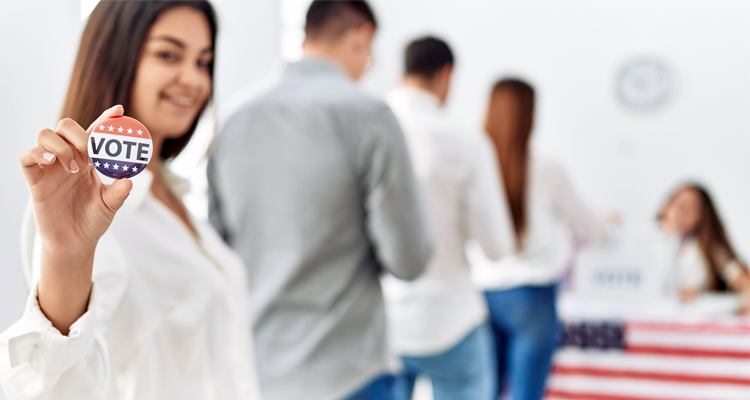 It’s Never Too Early to Think About Voting

It’s coming up on a busy time here in the state of Georgia. As summer comes to an end, many Georgians will be wrapped up with sending the kids back to school, hopping around some of the state’s great outdoor festivals and, of course, cheering on the Dawgs. But there’s one important obligation that should not get lost in the shuffle: voting.

Georgia has several consequential elections coming up this November. Voters will go to the polls to decide which candidate will lead our state from the Governor’s mansion for the next four years. They could also potentially determine, for the second consecutive election cycle, which party has control of the United States Senate. They will vote on a host of Congressional races, as well as critical statewide offices — all incredibly important contests for a variety of reasons.

In recent election cycles, LGBTQ voters’ voices have grown louder and louder. With key legislation impacting the lives and livelihoods of members of this community, this emerging voting bloc has had its say in several key races. Looking back to the presidential race of 2020, 93 percent of registered LGBTQ voters turned out to vote, according to GLAAD. As a sign of just how motivated the LGBTQ community was, especially those younger LGBTQ voters,25 percent of those LGBTQ voters were casting a ballot for the first time.

With the November 8 election day still way off in the future, does it make sense to start planning your vote now? Of course it does.

Deadlines for voter registration are fast approaching. Soon enough, early voting will be underway across the state. The time is now to begin researching candidates and issues that matter in these upcoming races. AARP, the nation’s largest nonprofit organization for LGBTQ membership, is a reliable source for voting information. To find out how to register, as well as the where, when, and how of voting in the fall elections, visit aarp.org/GAvotes.

AARP is a non-partisan organization that advocates for issues but does not endorse or make political contributions to individual parties or candidates.