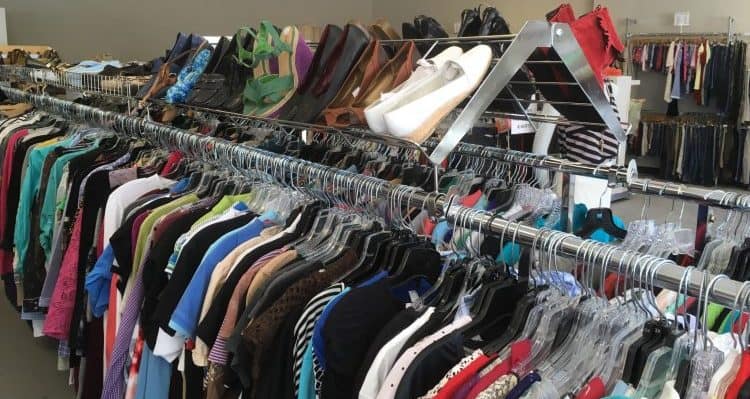 If you’ve got $20 in your pocket and a hankering to pop some tags, Lost-n-Found Youth has a new place to up your fringe game. The LGBT nonprofit just opened its second metro Atlanta area thrift shop.

“The Gwinnett store will provide us with the opportunity to reach out into a new market and will offer increased convenience as a north metro area donation center,” Lost-n-Found Executive Director Rick Westbrook said in a statement.

The new store is located off Jimmy Carter Boulevard in Norcross. Like its parent store, the Norcross shop will accept and sell donations of furniture, housewares, dishes, pots, pans and pretty much anything else.

“This opportunity kind of fell into our lab. There was a guy who approached us at the first store and said he had opened a small thrift store up on Jimmy Carter for his brother to run, and his brother ran it for two weeks and was totally disinterested,” Patrick Garver, manager of the Lost-n-Found Youth thrift stores, told Georgia Voice. “He was looking to get out of the lease and in turn, he would just turn over the keys to us.”

Aside from seeing how well other thrift stores in the area were doing, what sealed the deal was realizing how many Lost-n-Found donations were driven all the way from Norcross to Atlanta to the original store.

“We actually checked our donation receipts and we have already a pretty decent following of people who lived in that area,” Garver said. “So the community response has been great. … Our first week was a little slow, but I think it’s going to pick up.”

Though it’s not the first thrift store in the Norcross area, it’s one of the few run by a true nonprofit.

Donations can be dropped off during regular store hours, and arrangements can be made for larger furniture or other items to be picked up, Garver said.