Gay dads are ‘The New Normal’

NBC’s gay-themed sitcom has sharply divided audiences but it’s still kicking around. Bryan (openly gay Andrew Rannells) and David (Justin Bartha) are a gay couple who want a baby. Single mother Goldie (Georgia King) decides to become their surrogate, which doesn’t sit well with her politically incorrect grandmother (Ellen Barkin). The series could come back for a second season, although let’s hope if it does it’s better written.

From openly gay Ryan Murphy of “Glee” fame comes this scary, twisty series. Its fall/second season follow-up “Asylum” is as popular as its first, with plenty of gay and lesbian touches and out performers such as Zachary Quinto and Sarah Paulson.

Three Atlanta lesbian chefs appeared on the Food Network cooking competition “Chopped” this fall. Ria Pell, the chef behind Ria’s Bluebird and Sauced, held a local viewing party was held to see how she did – and she won, taking home a prize of $10,000 and delighting LGBT Atlanta. Pell then announced that she is selling Sauced and moving on to new projects.

Chef Virginia Willis, author of “Bon Appetite, Y’all” won second on her episode, after having to cook with such disgusting ingredients as lamb “fries” (testicles), while Chef Courtney Renn’s episode was slated to air Dec. 18 as GA Voice went to press.

Openly gay Michael Urie of “Ugly Betty” fame starred in this comedy as one half of a straight/gay best friend bromance. Louis (Urie) and Joe (David Krumholtz) are lifelong friends and now co-workers, but new people in their life (including Brandon Routh as Louis’ boyfriend) have changed the dynamics. Unfunny and forced, it has already been canned by CBS after a few months. 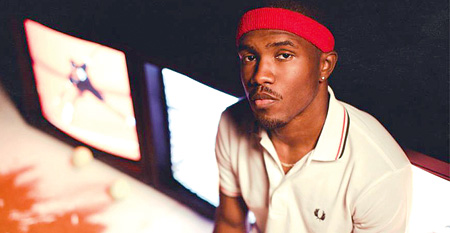 Hip hop/R & B artist Frank Ocean came out at the beginning of the year about falling in love with a man, though he does not like to label his sexual orientation, and got little to no flack for his announcement. In December he was nominated for six Grammy Awards, including Album of the Year for “Channel Orange.” (Publicity photo)

Adam Lambert became the first openly gay musician to have an album debut atop the Billboard charts. Released in May, “Trespassing” had both ballads and his traditional dance-until-you-drop music.

After a successful performance at the halftime show of the Super Bowl this year, Madonna’s long-awaited new album, “MDNA” dropped in March. The immortal one came to Atlanta in November and the audience was packed with LGBT fans.

As popular and respected as ever, Indigo Girls Amy Ray and Emily Saliers started their first ever symphony tour in 2012 and performed several other shows for hometown crowds in the ATL. Ray also headlined Atlanta Pride; her latest solo album, “Lung of Love,” came out in February.

One of the year’s best films, this adaptation of the Stephen Chbosky novel about an outcast and the new crowd he falls in with was well-cast, with Logan Lerman as the main character whose new best friend Patrick (Ezra Miller) is gay. The likes of Emma Watson, Dylan McDermott, Paul Rudd, Joan Cusack and Melanie Liskey shone, but Miller (who came out as queer earlier this year) was the standout. 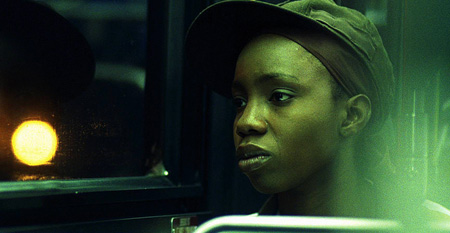 Out director Dee Rees turned her acclaimed short film into a feature, detailing the coming out of 17-year-old, poetry-writing Alike, played wonderfully by newcomer Adepero Oduye.  Bold and beautifully shot, it is one of the few films with African-American lesbians. (Photo courtesy Focus Features)

‘Keep the Lights On’

Ira Sachs’ heavy-hitting tale of a love affair between a filmmaker and young man with a drug problem started the year winning raves at Sundance and ended the year shocking many by getting a number of Independent Spirit Award nominations alongside some heavyweight motion pictures.

This indie comedy drama from Lynn Shelton starred Mark Duplass as Jack, struggling after his brother has passed away. His brother’s girlfriend Iris (Emily Blunt) suggests he get away to a secluded cabin, only her lesbian sister Hannah (Rosemarie Dewitt) is there. The film loses some steam after a certain plot point but still remains appealing thanks to its cast, particularly the sexy, droll DeWitt.

‘Any Day Now’ worth waiting for

‘Next Fall’ brings Mitchell Anderson back to stage

Actor’s Express staged Geoffrey Nauffts’ drama about the relationship between a religious, 20-something man (Joe Sykes) and a 40ish fellow (Mitchell Anderson) — and an accident that forever changes things. Anderson came out of semi-retirement to star. This well-acted version of “Next Fall” was directed by out Kate Warner, who is back in town after moving to Boston.

Theatre in the Square closes

A mainstay in the community, Marietta’s Theatre in the Square — founded by Palmer Wells and his late partner, Michael Horne — closed this year under sad circumstances, with members of its board/staff trying to start a new theater company shortly after they closed the company for financial reasons.  It was an unexpected ending for a theater that had plenty of gay pickings over the years.

Openly gay Steve Yockey’s world premiere at Actor’s Express – about a co-dependent, newly single young gay man frightened by the world outside – was bloody and often silly but salvaged by out Melissa Foulger’s direction and on-the-money performances, especially lead Clifton Guterman and Joe Sykes as a wolf-like creature. 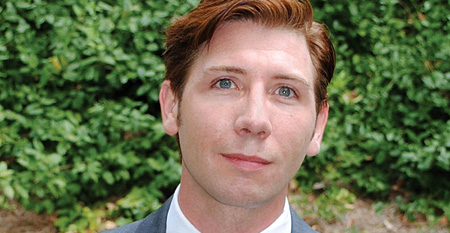 The uber busy Topher Payne had a world premiere this season (“Evelyn in Purgatory” as part of Essential Theatre’s summer season) and as a performer starred as a nun in “The Divine Sister” and the force of nature titular character “Auntie Mame” at Process Theatre. Look for more of the GA Voice columnist and “Best Actor” and “Best Playwright” winner soon – his play “Angry Fags” opens at 7 Stages in early 2013. (Courtesy photo)

A photo of Hillary Clinton texting (originally taken by Diana Walker and published in Time) became the basis for Texts from Hillary (http://textsfromhillaryclinton.tumblr.com), which in one week drew 32 posts, 83,000 shares on Facebook, 8,400 Twitter followers, over 45K Tumblr followers — and even a submission from Clinton herself.

Gay creators Stacy Lambe and Adam Smith retired the meme after meeting Clinton (who thanked them for the LOLZ), but versions continue to have a life of their own on the internet.

It all seems to have started with a video entitled “Shit Girls Say,” posted late last year on YouTube, that quickly went viral. Millions of views later, parodies flooded the internetz, including a half-dozen or so LGBT-themed responses.

The first LGBT-themed video we found, “Shit Girls Say to Gay Guys,” was uploaded in January and has somewhere in the neighborhood of a half million views. That was followed by lesbian and trans-themed parodies, plus “Shit Southern Gay Guys Say” and more.

In the wake of November’s election victories for marriage equality, CollegeHumor.com offered the hilarious threat that “Gay Men Will Marry Your Girlfriends” if they can’t marry each other.  “Lesbians Will Marry Your Boyfriends” was soon to follow.

Our October interview with Uncle Poodle, a.k.a. Lee Thompson, was our most-read story of the year, garnering nearly 37,000 pageviews. It was linked everywhere from national gay blogs to US Weekly, proving that gay people really are everywhere — including the rural South.

Atlanta lesbian duo Bria and Chrissy quickly made a name for themselves with original songs posted on YouTube poking fun at Chick-Fil-A and satirizing Mitt and Ann Romney. Other songs include odes to voting and interviews bringing hope to LGBT youth. To date, they’ve garnered more than 375,000 views at www.youtube.com/user/BriaAndChrissy