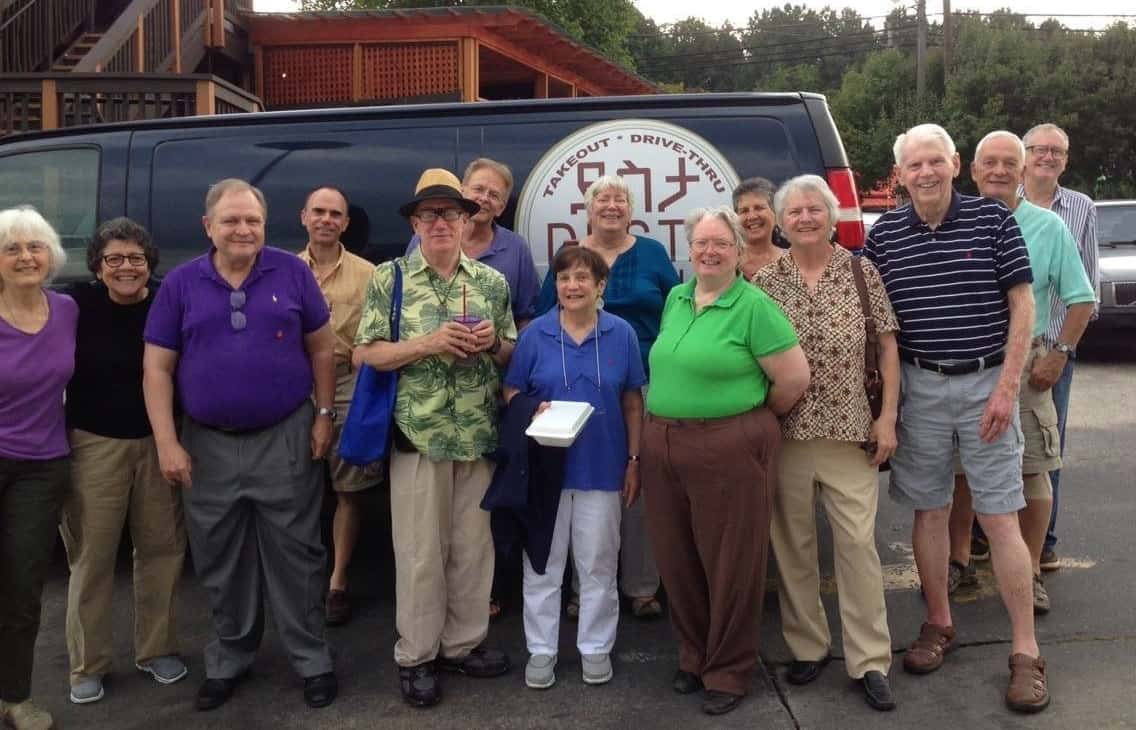 LGBT seniors strike back at Trump over removal from survey

The federal government spends $2 billion on local elder services around the country, supporting senior center facilities, transportation assistance, meal delivery programs and many other crucial services, determined by the results of the National Survey of Older Americans Act Participants.

The annual survey determines the effectiveness of the programs and sets funding levels for the coming year. Since 2014, the survey included questions designed to push facilities and programs to become more welcoming for LGBT elders and their families. This year, the Trump administration plans to remove those questions from the survey, which could spell disaster for local and national programs and facilities.

In response, Services and Advocacy for GLBT Elders (SAGE) launched a blistering campaign against the Trump administration accusing it of wanting LGBT elders to “drop dead.”

“The Trump administration is trying to make gays invisible again. He is governing by tweet, executive order and a repugnant cabinet,” said Marilyn Harris, an active member of the Atlanta chapter of SAGE. “As an older lesbian, I was pretty much invisible already, but he is building a new closet around us.“

Michael Adams, SAGE CEO, was particularly frustrated by the secrecy with which the changes were made.

“There was no announcement at all,” he said. “The Trump administration essentially tried to do this in the dead of night, apparently hoping that nobody would notice.”

“This stealth effort to eradicate an entire population of older people from this survey strongly suggests that the Trump administration simply doesn’t care about LGBT elders, which is outrageous and unacceptable,” Adams said.

Without data to show how LGBT elders are affected by funding changes, they are effectively erased. The Atlanta-based Health Initiative works with Area Agencies on Aging (AAAs) across the state to ensure LGBT elders are being cared for. Linda Ellis, executive director of The Health Initiative, said many of these facilities are guided by the requirements set forth in the grants and funding they receive.

“Ninety-nine percent of the service providers The Health Initiative works with across the state want to do the right thing, but if resources aren’t there, or if well-intentioned people aren’t forced to take these communities into account, we get lost,” she said. “Not because they want to do us harm, but because they won’t even know that we exist.”

SAGE’s campaign has spurred more more than 6,300 letters in opposition to the administration’s plan, but participants aren’t just writing.

“SAGE has been involved in policy advocacy for a long time, but historically we have most often worked quietly behind the scenes to influence policy at the state and national levels,” Adams said.

With President Trump’s recent actions, SAGE and its members aren’t willing to keep their fights quiet anymore. Instead, many are returning to their roots.

“A group of us older lesbians have become activists again. We marched in Washington and here. We marched for science. We have been demonstrating at Sen. [David] Perdue’s office on Tuesdays. We have been calling our senators and reps,” Harris said. “Congress members have ignored us, their constituents, and refused to hold town hall meetings. They don’t care about anyone except billionaires and are intent on destroying safety nets for all of us,” she said.

‘We’re being removed from the conversation’

In order to build local support and bridge the age gap, the national group is inviting communities to participate in SAGE Table, an intergenerational initiative where people of all ages will break bread together on May 18, running parallel to National Honor Our LGBT Elders Day on May 16.

Adams wants to ensure people know that the Trump administration’s actions will hurt the community on a very real level.

“When you think about LGBT older people – those who have already been pushed to the sidelines and who often face discrimination in nursing homes, hospitals and out in the community – not being counted in this survey amounts to denying them the critical services they deserve,” he said. “In fact, data from the survey consistently indicated that LGBT elders were not accessing federally funded elder services in anything close to their proportion of the population. That data has proved that the federal government has a lot of work to do to make sure that our elders get their fair share of taxpayer-funded services.”

Ellis is most worried about elder facilities in rural Georgia.

“As much work as we still have to do in Atlanta, we are light years ahead of where the rest of the state is. That’s where these losses will be hardest hit. We’re being removed from the conversation.”