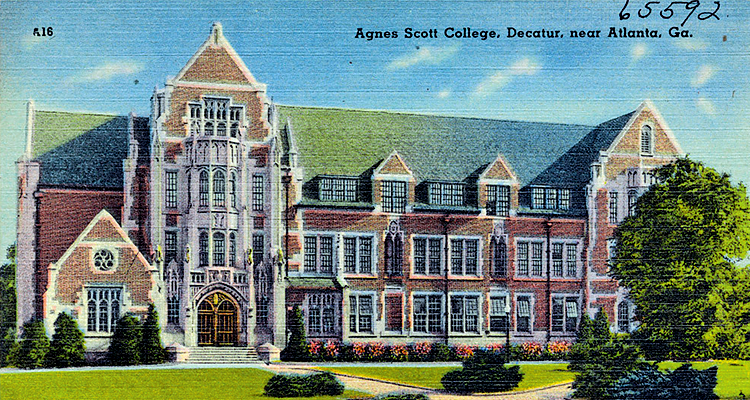 Making Way for Change: A Trans Man’s Experience at a Historically Women’s College

“Despite it [being a historically women’s college], I felt comfortable exploring my gender.”

When higher education started in the United States, all schools were divided into either men’s or women’s colleges. An institution didn’t award a bachelor’s degree to a woman until 1831, and for many decades after that, many schools weren’t co-ed simply because many thought it to be inappropriate.

Gender segregating schools started as a way to allow women in the US to receive an education in what was considered a “safe” environment, and while the education could be of significantly lower quality, these institutions provided women with a place to receive their education until 1972 (when co-education became mandatory in US public schools).

Many students choose to attend these schools because they offer safer spaces to women; without as many men on campus, every situation from a classroom discussion to an on-campus party can feel safer. But what is the HWC experience like for students who don’t identify as women? In a conversation with a trans masculine student, who requested anonymity and will be referred to with the pseudonym Robert, Georgia Voice got an inside look into the experience of being a trans man who attends a historically women’s college.

“Overall, I had a pretty good time,” Robert said about his undergraduate experience at Agnes Scott College, an HWC near Atlanta. “I was shocked by how welcoming the campus as a whole is. While there are some interpersonal and institutional things that can be fixed, I think that overall I had a good time.”

Robert, who didn’t yet know he was trans when he enrolled at Agnes Scott, said that the welcoming environment and progressive campus ideals — such as sharing pronouns as part of introductions, in emails, and on name tags — created a space where he was felt more comfortable exploring and expressing his gender identity during his time there.

Upon seeing that the school was an HWC, Robert said that his initial reaction was to “scroll past” the school during his search for possible undergrad institutions, but the school’s reputation for being progressive and welcoming towards trans students piqued his interest.

Robert says that while HWC’s are becoming more welcoming to trans students overall, the environment that he experienced at Agnes Scott College could act as a model for other HWCs as they create campuses that are inclusive to students of all gender identities. Robert does also acknowledge that there are institutional changes that can be made to make the school more inclusive. One example he offered was in regard to his experience in the campus chorus.

The pieces picked for the choir have historically only included alto and soprano parts, which are within the vocal range of the typical cisgender woman. Robert said that he did find that isolating at times, having experiences with having to find or even write his own parts to fit his lower-pitched voice.

“I oftentimes felt that I was either the center of attention or an afterthought,” he said.

While his professors tried to find ways to make the environment more welcoming, he said that campus activities that have been catered only towards cisgender and women-identifying students for decades have institutional structures that need to be addressed to make them more inclusive towards trans-masculine students in particular.

Robert also noted that he can only reflect on his experience and that his feelings towards his college years may not be shared by all trans students at Agnes Scott or other HWCs. That being said, he said that he is grateful for his undergraduate experience and that some of the issues or negative experiences he had at the school had nothing to do with his gender identity.

Robert said that after he came out, not only did he still feel welcomed on campus and as part of the student body — he had previously worried about being asked to leave the school — he said that the school also offered him resources on finding hormone therapy to begin his transition.

“I could not imagine my gender experience anywhere else.”