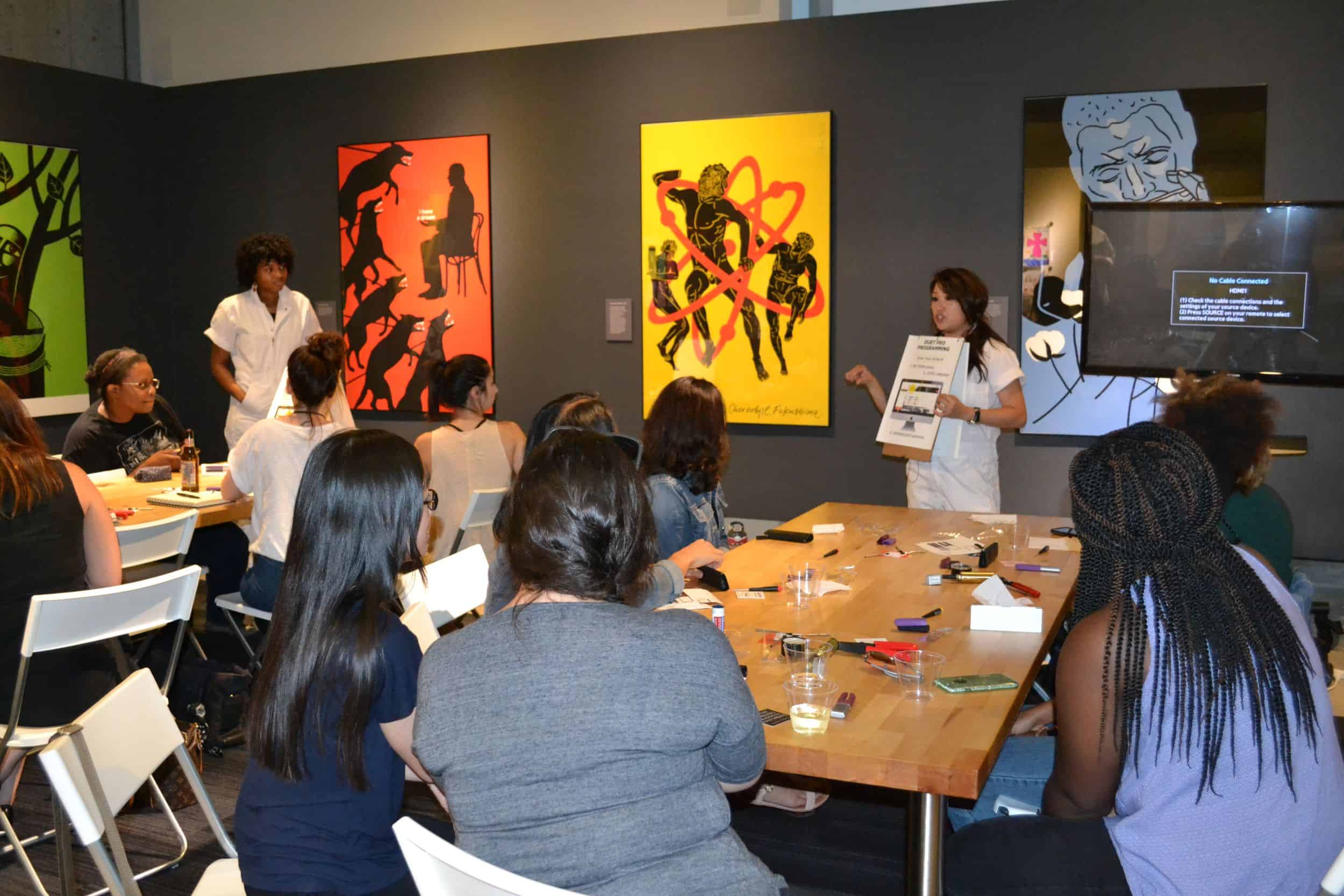 Then I found out I could bring a guest, and so I drug my newly single best friend along for the ride. If anyone could use some relief after the year she’d had, it was most certainly this woman.

Imagine our surprise when the design class we walked into was not something pastel and tacky with a bunch of giggling girls excited about bunny rabbits and dolphins, but rather, a classy, science-driven tutorial aimed at eliminating the taboo surrounding female orgasm. We weren’t learning how to build sex toys: we were learning how to empower our sexuality.

From medical relief to at-home release

Atlanta native Ti Chang, who led the class, holds design degrees from both Georgia Institute of Technology and the Royal College of Art. She’s also the co-founder of San Francisco, California-based Crave, the only company that manufactures vibrators in America.

Vibrators have a history more than a century old, beginning in the 1800s as a cure for “hysteria.” Read: desperate need to orgasm.
“One of the most commonly prescribed treatments for hysteria was manual massages,” Chang said. “Victorian women would book an appointment for a doctor to get relief, and basically a physician would manually massage them until they climaxed and would feel better. Put yourself in the physician’s shoes. That’s a lot of work.”

The first vibrators were invented by doctors as a way to make their jobs curing hysteria easier and more efficient, Chang said. They were medical apparatuses that required training to use. As electricity became more common, so did electrical vibrators — though still aimed primarily for medical use, smaller, more economical versions became available for the average consumer.

It was about that time that vibrators “went into hiding,” she said. Vibrators were suddenly massagers for backs, faces and necks: pretty much anywhere else that wasn’t around the genitals.

Then the 2010s rolled around — incidentally, around that same time I became the owner of my neon green Spencer’s special. Vibrators became more mainstream again, albeit significantly more pink and kitschy. This is where Chang’s expertise came into play.

“We are fully embracing pleasure for what it really is, which is about female pleasure. It’s about orgasm. It’s not about reproduction; it’s not a medical disease,” Chang said. “You start to see products that are much more compact, much more modern materials, nicer designs that are just as sophisticated as anything else you would have in your life.”

“It’s USB-rechargeable, it’s waterproof, it’s multiple speeds,” Chang said. “A lot of times when people see this product they’re like, ‘Where does this go? Why is this so small?’ It’s because we are used to vibrators being all about penetration and that’s not really the case, especially for female orgasm. Seventy-five to 80 percent of women require clitoral stimulation to orgasm.”

That’s what those forked tips on the Duet Pro are for: to surround the clitoris. Design research for this included discussions on gap size and surface area that “allowed for the maximum amount of sensation while allowing for diversity of anatomy.” Based on market research, Chang found that women felt awkward about having to plug in vibrators to charge, so she made her compact Duet Pro USB-rechargeable, and programmable, allowing each user to set 16 different pattern and power settings as many times as they want.