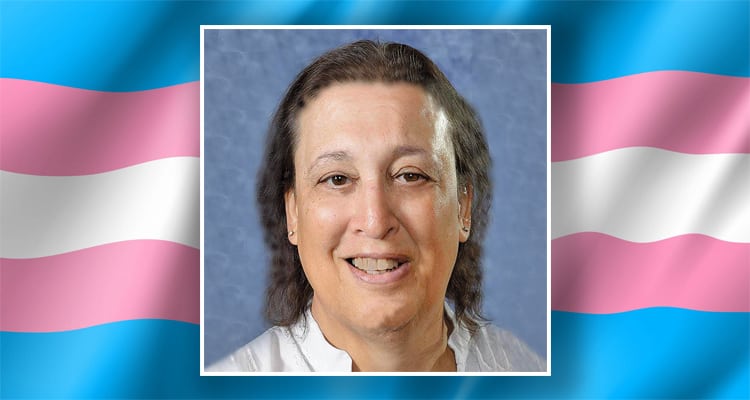 More Than Just a Flag

There is more to the life of local transgender activist, Monica Helms, than being the creator of the transgender pride flag.

In her latest book, “More Than Just a Flag”, Monica tells her life story from the early beginning until now.

With a chuckle, Helms recalled that she actually began working on a kind of different story in 2005. A story on her activism work with trans community building, creating a union at Sprint and a number of other work with transgender in the military, but said the book just wasn’t coming together so she put it in on hold. Then as the years passed, more life lived and experienced, Helms said her thoughts turned to finally finishing that book.

After all, the former U.S. Navy submariner who was once a married man and the father of two sons did more than just create the flag known for its two light blue, two pink and one white stripe in 1999. “It’s a good thing I waited because I got to write about a lot of cool stuff,” she added.  Of the early details of her life before she transitioned from male to female, to help recall some details for her memoir, she said she still had her mother to ask questions.  The eldest child, Helms also had her two younger sisters and a brother to turn to for information. “It was very interesting to go over all of it,” Helms recalled.

Recalling the U.S. Navy stuff would be easy because she had the journals where she wrote all the details of her military life from 1970-1978. The book also tells of a number of organizations she founded and the time she was Georgia’s first transgender delegate to the 2004 Democratic National Convention. “I felt I needed to put down all the stuff that had happened in my life,” Helms  said of the decision to bring her book to fruition. In her book, she said she writes about “The women I met, bad and good decisions made through the years and meeting her current wife, Darlene Wagner.

“I talk about many different things. It’s very personal,” she added. “I think people will be very surprised that I opened up with all this stuff. I’m 68 years old. I did those things so why should I hide it? I’ve reached the age where it doesn’t matter.”

But, perhaps more importantly for Monica, she hopes that her book will, “Show other trans people that you can do it if you put your mind to it,” Helms said. “I had to go through some crappy stuff in my life, but you can do it.”

Despite a constant barrage of discrimination and a continued fight for equal rights for the LGBTQ community – even among the gay community, she added, “The entire community has gotten much better at accepting the trans community but, it took some time to get there. I remember when people only saw the gay and lesbian. They forgot all about the “Bi” and the “T” and now people are adding “Q” to it.”

Now, Helms said people introduce themselves and give the pronouns they use. “I don’t do it because I’m not used to it, but people are being a lot more respectful,” she noted.

While there have been a lot of positive strides made, transgender women continue to make headlines because of the violence against them.  This pride marks the 50th year since the Stonewall riots in New York, where it is said that some transgender women fought in the riots against the police fed up with how they had been treated. Helms acknowledges that there is still work to be done for transgender women to have equal rights even among the LGBTQ community. But, what she finds even more horrifying is the number of trans women of color who are being murdered, she noted.

“Our sisters are turning up on ‘Remembering Our Dead Lists’, she said of the Transgender Day of Remembrance, the day set aside to memorialize those who have been killed because of transphobia.

Not only are the trans murders making the headlines but the fight for transgender men and women to serve in the military continues to be a topic for conversation among politicians. “We’re visible, and we’re out there now,” she added. “The ‘T’ is actually becoming more known and accepted. It’s not 100%, but it’s a lot more than it used to be.

Her new book covers a number of periods of her life and events. Helms describes her book as “enlightening. It shows people what trans people have to go through with their families, work, the public and what they have to do to fight for their rights,” she said.

It’s true she is more than just the trans flag but Helms admits she is surprised when she sees the transgender pride flag. “It’s the second most popular flag out there. It’s all over the place,” she said proudly.

She hopes to see a lot of her flag later this month when she serves as one of the grand marshals for the NYC Pride March June 30.