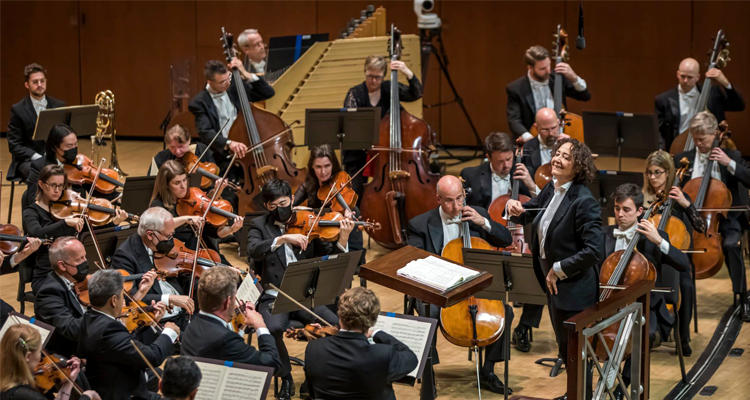 When Atlanta Symphony Orchestra (ASO) founded their IN UNISON program in 2020, it was to unite people in one universal love: classical music. In an effort to both recognize and celebrate the diversity of musicians, conductors, and avid symphony fans alike, ASO started a program to highlight conductors and musicians who are part of the LGBTQ+ community.

This intentional step toward inclusion, and a celebration of what makes us all unique, is progress for the classical music world. For centuries, this profession has been reserved predominantly for white men, many of whom were either straight or presented themselves as such. Marginalized groups such as queer people, women, and people of color were often excluded from this musical community.

This program is part of an effort to make the classical music community accessible and welcoming to all individuals.

IN UNISON was announced in early 2020, and though many live music experiences were halted shortly afterwards, the program is still part of the symphony’s lineup in 2022.

“We are pleased to announce a new group for LGBTQ & Friends to socialize and experience the artistic mastery of the Atlanta Symphony Orchestra!” read an announcement statement on ASO’s Facebook page.

The purpose and mission of UNISON is to create a welcoming space for networking, share a communal love of music, and to continue to highlight and support the LGBTQ+ community.  The upcoming lineup includes Nathalie Stutzmann conducting Lush Romantics on October 14, Inon Barnatan playing Rachmaninov on November 19, Kazem Abdullah leading Beethoven and Ives on January 15, and A Sea Symphony on April 29.

ASO has a membership program for patrons who want to attend these events. The program costs $175 and functions similarly to a seasonal pass; symphony goers can purchase their IN UNISON membership, which gives them tickets to four IN UNISON networking events with included food and drinks happening before the IN UNISON shows. Membership holders will also receive discounts on other tickets, pre-sale access, four complimentary tickets to select Delta Classical Series concerts, and complimentary access to the 2022/23 Behind the Curtain virtual concert series.

If you are interested in an IN UNISON membership, they can be purchased at aso.org/unison.