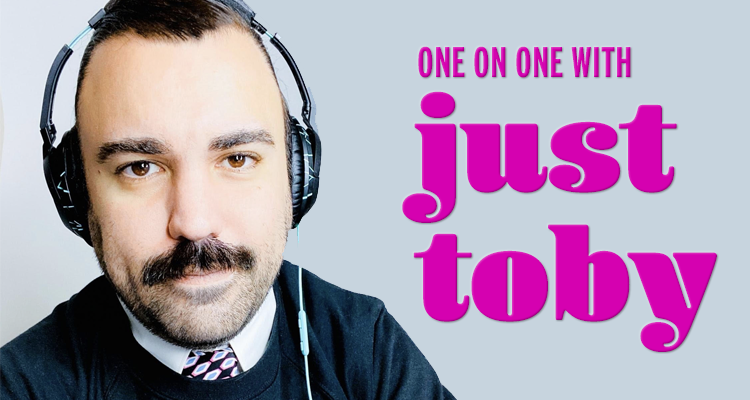 One on One with Just Toby, the Icon Behind the Scenes

If you know drag, you know Just Toby — or you’ve at least seen his work. He’s a prolific drag photographer based in Atlanta who has shot just about everyone, from local girls to Drag Race legends. We caught up with the legend behind the camera to take a walk down memory lane and explore how he became a darling of the drag world.

Tell me a little bit about your background.

I went to college at Florida State, I did criminology. I went to grad school in Australia and got my master’s in international business.

Oh wow! So, how did that all translate into what you’re doing now?

The market crashed. I was in the corporate world as a research coordinator. At the time, I had a boyfriend, and I said, “Hey, I would like to leave Jacksonville.” Once I moved to Atlanta, I tried to do small jobs here and there.

When I was in Jacksonville, I was petrified of queens. I didn’t know how to talk to them, it happens to everybody. Queens and entertainers like that are so confident in their roles, and at first that scared me. When we moved to Atlanta, I said, “I would like to meet one queen and understand their world.” So, when I got here, it was right around Pride season, and we went to the aquarium party. That was my opportunity to meet a queen. I met Mariah Paris Balenciaga. I was trying to find some work, and I was talking to Mariah, and she trusted me to manage her social media. We worked for a couple months like that, and during that time we hung out a lot. I had all these questions, and she basically took me under her wing and taught me everything I know. The first thing she said was, “Watch ‘Paris is Burning,’ and after you watch it write your questions down and then we can talk about drag. But I’m not going to discuss anything with you until you watch that movie.”

So, I did, and she was able to explain the vocabulary of the drag world. One day, we were at my house, and she looked at an album of pictures of mine from when I traveled. She fell in love with the album. I’ve been taking pictures since I was a kid, and my dad took a lot of pictures, and my parents gave me little 35 mm cameras. So, throughout college and grad schools, I had taken heaps of pictures. She looked at it and said, “Oh my god, is this your work?” and I said, “Yeah!” She said it was vibrant and that I could tell a story.

I was like, “Girlll, no!” She said it was a great way for me to meet other queens and connect with them. She said, “Hey, why don’t you photograph a local queen and see how that goes, and if it goes well, I can connect you with ‘Drag Race, but I could see you doing something great.'”

I was out and about, and I met Evah Destruction, and we had a photoshoot. The pictures came out really ridiculously cool. We posted it on Facebook, and it was pretty popular, so Mariah said, “The next time a RuGirl comes in, we’ll talk.” Then she said BenDeLaCreme was coming over, and she connected me with her. That’s how it all started.

Mariah got me in touch with Drag Race, and I went to the season premiere of season six. From there, I started getting hired to take meet and greet pictures and stuff like that.

Mariah introduced me to a photographer called Jose Guzman Colon, and I shadowed him while he worked with Latrice Royale. I clicked with this photographer, and he gave me all the advice I needed.

From there, I was invited to work a Drag Race cruise with Mariah. I met every girl, and like any other industry, it’s a bubble. The Drag Race bubble is very tightknit and secure because a lot of people try to take advantage of them. I was able to get in that circle, and during that cruise I started planning photo shoots. I did a shoot for Bianca Del Rio, and from there it was nonstop.

What was the timeline of this? When did you meet Mariah and shoot Evah?

Insanity. It’s all over the place. The first thing I want to say is that these are men or women pretending to be another gender. So, I want to create the illusion. I think editing is harder on drag entertainers — I want them to be perfect. A regular picture headshot would take 20 minutes to edit, a drag photo would take me at least an hour.

I just want to capture the essence of my subject. I want to be able to see someone in a picture and understand who they are. That’s my main goal. I want them to connect with me.

So, I got to meet my idol Madonna, and I was a shit show. My legs were shaking, she talked to me, she asked me questions. So since then, I lost my ability to get starstruck. My idol who I thought was not reachable became human for me.

However, I have been starstruck a handful of times. Lady Bunny is one, I had met her a few times and when I was told I was going on tour with her, I was shitting my pants. RuPaul is one, I was able to talk to him for a few minutes at an intimate party when he was nominated for his first Emmy. Another one was Coco Peru.

What makes me more starstruck is what someone has done with their career. RuPaul and Lady Bunny opened up so many doors for the LGBTQ community.

Keep up with Just Toby on social media @justtobyme.