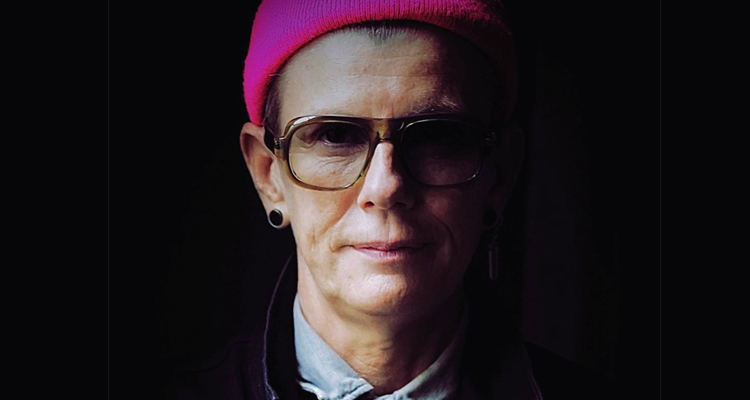 One on One with Vicki Powell

This month I sat down with my old friend, Atlanta DJ and nightlife legend, Vicki Powell. It took some convincing, as Vicki can be painfully shy and is an extremely private person. With a little coaxing, I convinced her to come out from behind the turntables and share her story with the Georgia Voice in this month’s “One on One.”

Bill Kaelin: Hey Miss Thing. How are you doing? How are you feeling? I know the idea of doing interviews makes you wanna run away and hide.

Vicki Powell: Yeah, I rarely do interviews and try to stray from the spotlight because having the attention on me makes me feel really strange and uncomfortable. I like to just focus on the music, the art of my DJ sets and putting smiles on people’s faces when they are on the dance floor. That’s enough for me.

BK: So, in other words, the most extroverted thing about you is when you are DJing for a packed dance floor? It’s like you are more comfortable communicating through music than engaging with people in normal everyday interactions.

VP: Yeah, I think part of it comes from being an only child and just being an introvert in general. One of the reasons I actually became a DJ was because I loved nightlife culture, I obviously loved the music and lived to be on a dance floor, but the entire social side of walking into a nightclub and chatting people up gave me anxiety. Being behind the turntables is somewhat of a protection device for me. I feel safe behind the mixing board. It’s my sanctuary.

BK: Tell me a little bit about your history. Where did you grow up? As a woman, how did you get through the male-dominated door of the DJ booth?

VP: I am an Atlanta native, which is rare. I was actually born at St. Joseph’s Hospital on Courtland Street, which is a skate park now. The hospital was in a predominately African American neighborhood called Buttermilk Bottoms.

BK: So, you’re an Old 4th Ward OG! Why was the neighborhood called Buttermilk Bottoms?

VP: It was located on a very low point of the city that flooded a lot. The backup of all the sewage would unfortunately get trapped in the neighborhood, creating the smell of Buttermilk. It always blows my mind that the Black community was forced to live in these conditions as it wasn’t really that long ago.

BK: Yeah I think most people don’t realize how young the Civil Rights movement really is. So much of the pain caused by racism and social injustice is still so fresh. Atlanta was such a different city back then, but even the “gay ghetto” isn’t the same as it once was just 20+ years ago.

VP: It’s a completely different time now. My parents ended up moving to Cobb County when I was younger, but the second I got my driver’s license I was escaping to Midtown.

BK: Growing up in Cobb County as a queer kid had to be hard. Did you get bullied at all? How did you adapt to being an outsider?

VP: I had really red hair growing up and the kids would call me Red Headed Wood Pecker, which in hindsight is hilarious, but I knew I was different. There were two things I used most as defense mechanisms: music and my sense of humor.

BK: I resorted to the same thing. The kids used to call me Billy Gaylin, which is really creative to be honest. I definitely became the class clown to divert the attention I was getting for obviously being different, and then I dove into expanding my musical knowledge by listening to bands like Depeche Mode and The Smiths, which in a sense made me cool for being different. The ’80s was such an amazing time for music and for putting queer culture into the mainstream. What was the first record you ever bought?

VP: The Game by Queen. Freddie Mercury just spoke to me. His tight jeans, his mustache, the way he moved, and his incredible voice made me realize I wasn’t alone. I instinctively knew he was gay before the rest of the world knew. The ’80s were amazing.

BK: Tell me a little bit about Atlanta in the ’80s.

VP: I had a best straight guy friend who I used to roller skate competitively with named Clay Mathis who had a gay sister that went to UGA. I was underage and completely naïve, but I think his sister knew I was queer because she drove us both up to Athens and took me to my very first gay dance club that was down a long, dark country road called Club Rendezvous. I was so nervous. It was so nondescript; no gay Pride flag was outside the door. I had no idea what to expect until I walked in, and Sylvester was playing. I immediately knew I had found my people. I was hooked. It was a 12 on the gay Richter scale. The entire placed smelled like sweat and poppers. It was then I realized, “fuck roller skating, I’m a dancer now,” and I went back to Atlanta and started to explore every gay dance club I could.

BK: The first gay bar I went to in Illinois was down some old country road as well. I don’t know if the kids today realize that it wasn’t that long ago that our safe places were usually located in nondescript locations off the beaten path.

VP: That was so true until I got to Midtown Atlanta. There were gay and lesbian bars on what seemed like every corner back in the ’80s and ’90s. Gay bars like Tallulah’s, The Sports Page, and Backstreet were all waiting for me. The Sports Page used to be located where the Heretic is now, and it was a lesbian bar for years. They had one of those Saturday Night Fever style dance floors, and Alicia Bridges, who sang “I Love the Nightlife” would DJ there. It was the first time I had ever seen a woman DJ, and it inspired me. A few years later Atlanta icon Yvonne Monet hit the scene DJing all over town, and I became obsessed. I stalked her and was a total fan girl. I was just trying to soak up as much as I could from her. I think I annoyed her! I was only 16, so I guess I would have been annoyed with me as well.

BK: I love it that your dream to become a DJ finally came true.

VP: It did eventually, but not until after a lot of pain and heartache. As soon as I became comfortable with myself and finally found my tribe everyone started to die. The AIDS epidemic hit Atlanta hard. I was losing friends every week. It was horrific. It seemed like the nightmare was never going to end, and the only way people found any solace was by losing themselves on the dance floor. It was an escape from the horror, even if just for a few hours. I saw the power in this. The joy and relief that music could provide for people astounded me, and that’s when I decided to make it my life’s goal. I wanted to keep that queer history of all the ones we lost alive and to help people find some happiness even during the darkest times with my music.

BK: I think that is so powerful because I’ve watched people’s reactions on your dance floor. I have personally seen the joy on their faces. I have seen you bring people to tears by helping them finally let go. You have even made me shed a tear or two. In a sense you are like a shaman, a healer of sorts using music as your medicine. One thing I don’t think most people know about you is that you are very sensitive. You love hard, you give a lot to your community and you even mentor young and up and coming artists that want to be DJs as well. How have you learned to manage the risk of getting hurt or taken advantage of when you give as much as you do?

VP: We come from a generation of LGBTQ humans who have had to be tough to survive. It wasn’t easy for us to come out. We didn’t have marriage equality. You could still get fired for being gay, and we grew up in the middle of the AIDS pandemic where we didn’t even know if we were going to live or die. I have thick skin because of all of this. I may get my feelings hurt from time to time, but I have learned how to be resilient thanks to all the strong people in our community that fought for their lives before me. Music is what heals me and hopefully my DJ sets will help others find joy as well. If I can accomplish that, then there is absolutely nothing that can bring me down. I will survive.

BK: Yes you will honey. Just like Gloria Gaynor, you will survive.