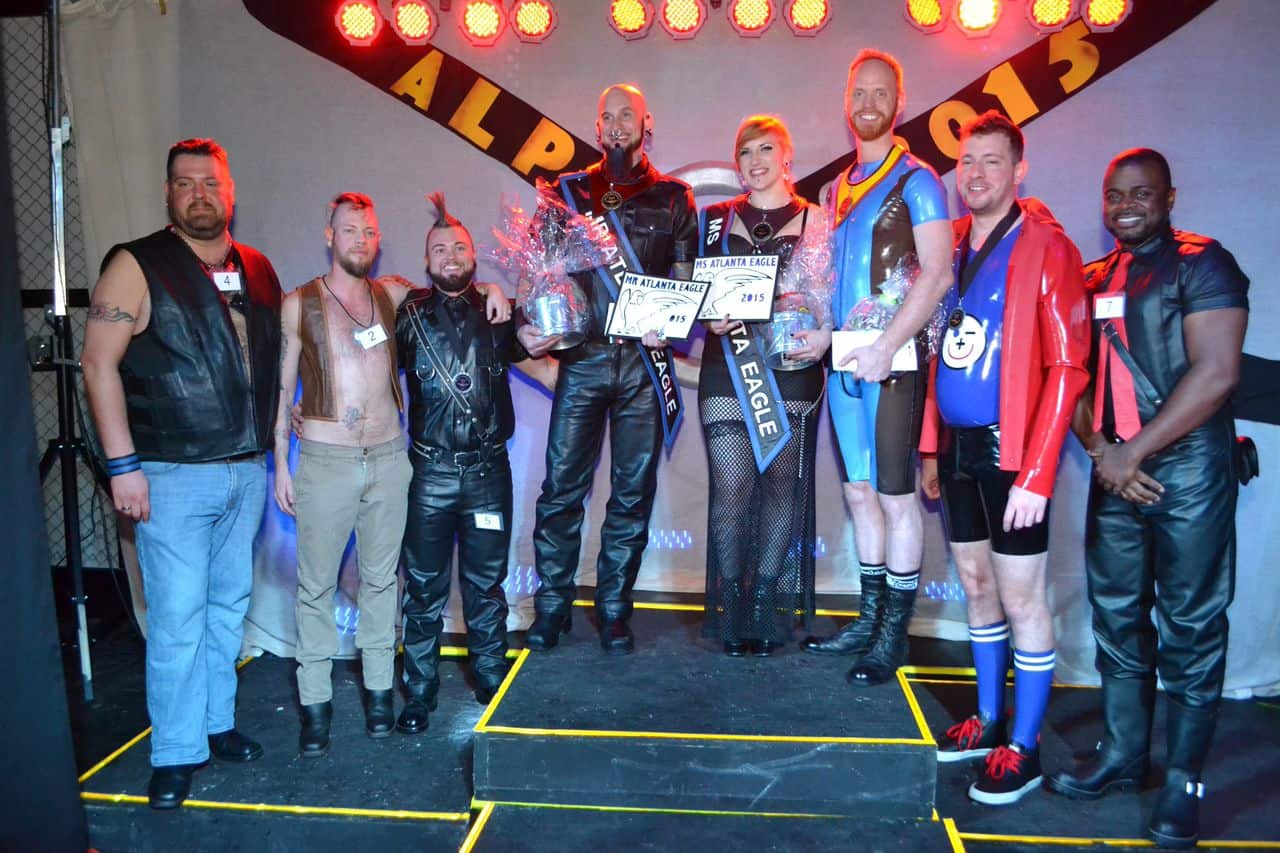 The Atlanta Eagle celebrated its 28th anniversary the weekend of April 10-12 with the sixth annual Atlanta Leather Pride that included three days of partying and celebrating all things kink and fetish and leather.

The roots of the leather community began in response to the AIDS crisis striking the nation in the 1980s. Leathermen and women came together to throw fundraisers to help those in need and to help organizations serving their friends who were dying.

That tradition continues and this year’s Atlanta Leather Pride raised funds for the Sharon St. Cyr Fund, or the SSC Fund benefiting those in the leather community who are hearing impaired. Money helps pay for hearing aids for those in need as well as provide grants for American Sign Language interpreters at leather events, including Atlanta Leather Pride.