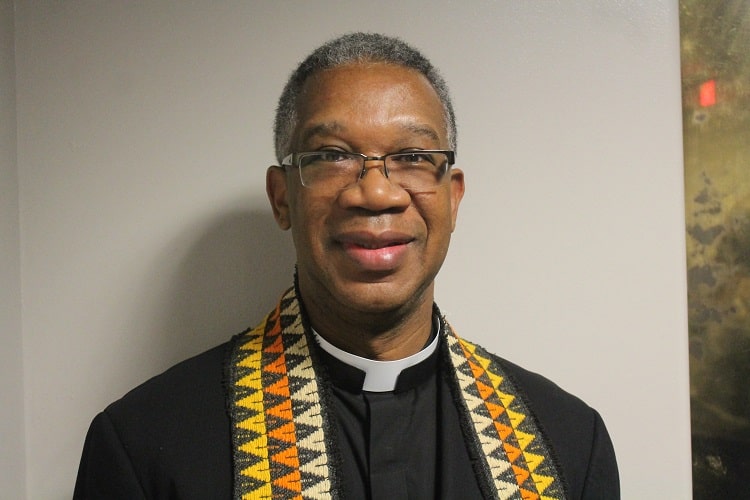 Georgia Equality has undergone a significant staff shakeup as the organization settles into another year of advocating for the LGBT community’s rights.

The group’s safe schools guru, Em Elliott, finished out the year before moving to Tennessee.

“While it’s certainly sad to see Em leave, Em will have a long lasting legacy at Georgia Equality for their work to enact inclusive safe-schools policies throughout the state,” Graham says. “Due to Em’s leadership and perseverance, there are now almost 1 million students in Georgia who live in a district that offers anti-bullying protections specifically due to sexual orientation or gender identity.”

“Rob is someone who has worked closely with Georgia Equality in the past on voter registration efforts and has extensive background in campaigns and election work and media relations,” says Graham.

Emily Halden Brown came on in December to take over Elliott’s safe schools and youth engagement work. Brown has a background in HIV as well and will be assisting on the group’s HIV and LGBT health policy. Brown pulls double duty as the facilitator for the Atlanta Coalition for LGBTQ Youth, which GA Voice profiled last August.

And this month, the group welcomed Rev. Duncan Teague onboard, who will act as faith outreach consultant. The position is in partnership with Freedom To Marry, and he will also be involved in the battles at the Gold Dome over the “religious freedom” bills. Teague was spotted observing this week’s press conference by a group of clergy who are against the bills.

“Having Emily, Rob and Duncan join our team is extremely exciting,” Graham says. “Not only do each of these people have a strong background in advocacy and community organizing, they each have very specialized skills that will allow us to better meet the needs of a diverse LGBT community throughout the state.”

Rob Woods grew up in the Tampa Bay, Florida area, graduating from Tampa Jefferson High School.  After postponing college for a tour in the U.S. Navy as a Hospital Corpsman, he went on to earn a degree in Communications / Political Science from Howard University.  Rob’s foray into social justice began as a socially conscious student in the nation’s Capitol during the early the 1990’s.  A summer internship with the National Rainbow Coalition’s Citizenship Education Fund quickly became a staff position as public relations coordinator.  He also worked on the ’92 Clinton – Gore Presidential Campaign.  After graduation he served as a Legislative Information Officer in the Pennsylvania House of Representative. He later became certified as a Campaign Media Coordinator by the Democratic National Campaign Committee before venturing out as an Issues Campaign Coordinator for the 96 Project in San Diego, California’s 49th Congressional District.  In 2006 Rob became statewide coordinator for Georgia Vote Connection; a joint civic engagement project between Georgia Citizens’ Coalition on Hunger and Georgia Coalition for the Peoples’ Agenda.   Through numerous civic engagement trainings, workshops, and voter registration drives, he guided Georgia Vote Connection to its goal of adding more than 100,000 voters to Georgia’s voting rolls before the 2008 Presidential Election. He was later trained as a Field Coordinator by the Georgia Democratic Party.  Rob is the owner of SpinOne Consulting, a public relations consulting firm for small businesses and organizations in Metro Atlanta. A few of projects in which he has been involved include Media Consultant for City of Atlanta Council Communications Office; Media Relations Consultant for Rainbow PUSH / CEF; and Polling Researcher for Morehouse College – Brisbane Institute. He has also holds an associate degree in Marketing Management, and certification in Small Business Management from Atlanta Technical College.  Rob sits on the advisory boards of Strength Through Faith Community Center and Bridge Builders of Atlanta. A recipient of the Georgia Outstanding Citizen Award, he resides in Chamblee, Georgia and is a member of Berean Christian Church of Stone Mountain.

Emily Brown joins Georgia Equality from Emory University School of Public Health, where she managed HIV research projects. In her spare time at Emory, Emily facilitated the formation of the Atlanta Coalition for LGBTQ Youth (ACFLY), a coalition of youth-serving providers in Metro Atlanta working to improve the services they provide to LGBTQ youth.
Before moving to Atlanta in 2013, Emily lived most of her professional life in the Detroit area, working in HIV prevention with young people, managing health and HIV research projects and volunteering with people living with HIV. Emily has a passion for working with communities, schools and service providers to improve their ability to work with LGBTQ youth, teens and young adults. She holds a Master of Public Policy and a Bachelor of Arts in Political Science from the University of Michigan-Dearborn.
The Board and Staff of Georgia Equality welcome Emily Brown as she joins our team! Please join us in welcoming Emily!

Since making the transition to professional ministry from a longtime career in HIV/AIDS education, advocacy, research coordination at AIDS Research Consortium of Atlanta, Georgia State University and several community-based organizations—national and local— Duncan is joining Georgia Equality as our new Faith Outreach Consultant. This position will be in partnership with the Freedom to Marry organization. This mix of ministry and community political response seems quite appropriate, as Duncan was recently ordained by the Unitarian Universalist Congregation of Atlanta and has completed credentialing for the larger Unitarian Universalist Association in 2014. He is a 2011 Master of Divinity, Candler School of Theology, Emory University graduate, with emphasis on ministry to community.  Duncan believes in the separation of church and state, but also the sacredness of all our work for justice and equity. Some may also recognize Duncan from his poetry and performance life, which he says he will somehow have to maintain. Duncan and his husband, David Thurman, of the Decatur area, are longtime supporters of GE.