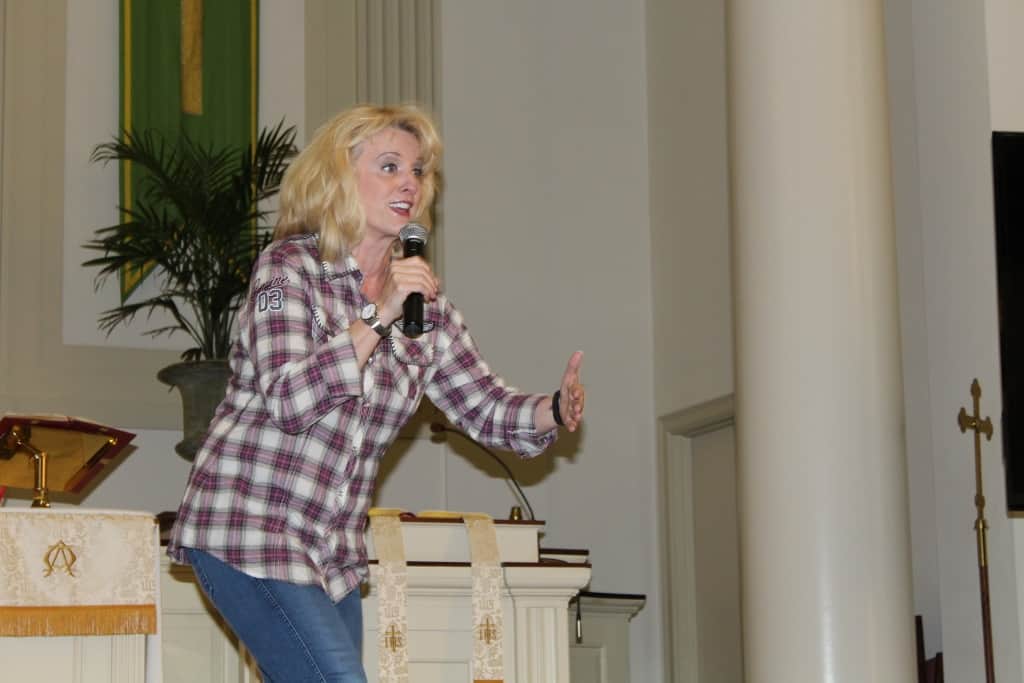 Virginia-Highland Church was the scene for lesbian comic Suzanne Westenhoefer’s set on Saturday night, a benefit for Pride School Atlanta. The school will be a space for LGBT and LGBT friendly students and staff members, with organizers planning on opening up in time for the 2015-2016 school year.

The school is the brainchild of Christian Zsilavetz, a transgender Atlanta man with over 20 years of teaching experience including certification by GLSEN to do LGBT trainings. Zsilavetz opened up the evening with an update on Pride School’s progress, then handed the reigns to Carma Productions CEO Marci Alt to drum up some cash from the crowd.

Zsilavetz tells the Georgia Voice that the benefit, which included silent auction, brought in about $7,300 with a $2,800 net and that an announcement on securing a location for the school should come any day now.