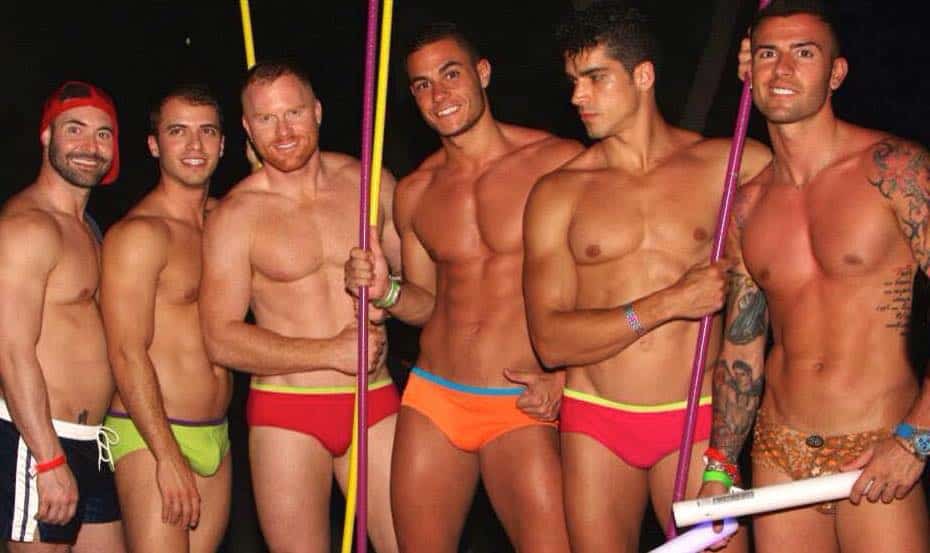 Before Facebook, Twitter and Instagram, there was an online BBS, or bulletin board system. And if you were logged on to the Florida gay BBS in early 1991, you might have seen a message from Orlando software designer Doug Swallow proposing a unique idea—a “Gay and Lesbian Day at Disney.”

“The idea just came,” Swallow says. “Why don’t we go to Disney?”

Swallow chose the first Saturday in June for the big day, and he didn’t want people to be shy about their presence; he asked everyone to wear red and adopted the motto, “Wear Red and Be Seen.” He even tipped off an Orlando Sentinel columnist about the event, which led to a debate on local TV and radio talk shows, spreading the word even more.

The inaugural event drew 1,000 people, mostly from the Orlando area, but it rapidly changed in the following years as the chatter increased across the country and around the world.

This year marks the 25th anniversary of the event, with an estimated 150,000 attendees expected to descend on Orlando for the big weekend, making it the largest non-Pride LGBT event in the world.

Of banners, bombs and bigotry

If you think having thousands of people from the LGBT community converge on the home of Mickey and Minnie would cause controversy in the early 1990s, you would be right.

Walt Disney World has taken a neutral stance on the event, not sanctioning it but not stopping it either. This has apparently not been enough for some. The Southern Baptist Convention boycotted Disney for the first eight years of the event before raising the white flag.

“I would warn Orlando that you’re right in the way of some serious hurricanes, and I don’t think I’d be waving those flags in God’s face if I were you … It’ll bring about terrorist bombs; it’ll bring earthquakes, tornadoes, and possibly a meteor,” televangelist Pat Robertson predicted at the time. There were fireworks, but alas, no meteors, as it turned out.

In 2013, the Florida Family Association paid for a plane to fly around Central Florida with a banner saying “Warning: Gay Day at Disney 6/1.” And in a unique display of outreach to the Hispanic community, they flew another banner that read “Aviso Dia De Gays en Disney 6/1.”

One Million Moms, a division of the anti-LGBT American Family Association, and religious right activist Janet Porter of Faith 2 Action, have also spoken out fervently against the event.

The criticism from far-right evangelical groups worked so well that in 2013 Walt Disney World hired its first openly gay president. Yep, the top job at the resort belongs to George Kalogridis, who started at the company as a 17-year-old busboy when Walt Disney World opened in 1971.

So protesters are guaranteed to see red again in more ways than one this year.

One Magical Weekend takes it up a level

Walt Disney World has taken baby steps toward acknowledging the event, selling rainbow mugs and red tank tops during the weekend and now letting circuit parties occur on the grounds.

“So the controversy is always with a select few who want to be visible but it’s getting less and less, and Disney and every other corporate sponsor is getting better and better to work with,” says Billy Looper, executive director of One Magical Weekend, which has circuit parties lined up not only at host hotel B Resort & Spa but also at Disney’s Typhoon Lagoon Waterpark and at Epcot’s World Showplace. 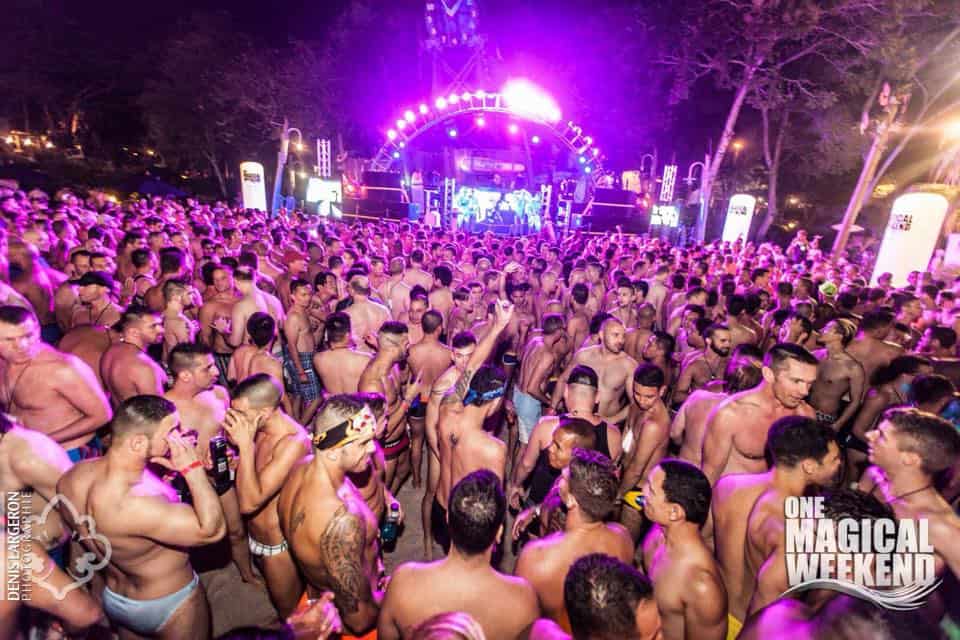 The group also puts on the Gay Biz Expo, a 25,000 square-foot presentation of numerous products and services at the B Resort & Spa geared towards the community, plus a Wedding Expo adjacent to the main expo. Looper says the legalization of same-sex marriage in Florida this year led to many more corporate sponsors of the event than in years past.

One Magical Weekend also donates a percentage of ticket sales to HIV/AIDS service organizations every year, with this year’s cut going to the Hope and Help Center of Central Florida.