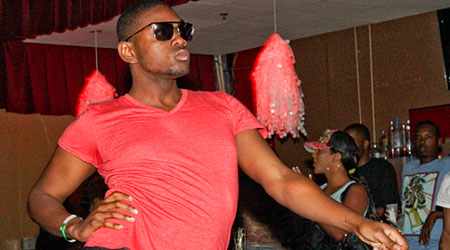 Because the ballroom scene is a major player for many of Atlanta’s older gay black crowd, Evolution Project and ballroom organizer Antoine Bates said he and others wanted to bring the two forces together as a way to help encourage young stars rising in the scene and encourage them to be comfortable competing as who they are.

There were battles, there was shade, there was vogueing, there was plenty of action as well as praise on the runway as competitors walked for a title, a trophy and even some cash. 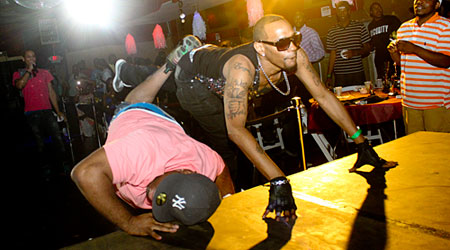 There was also HIV testing taking place at the ball with one House getting 31 people tested that night at the club and the Evolution Project handed out community service awards to several young people not for their moves on the runway but for what they are doing to make where they live a better place for others.

But most of all, there was fun. People clapping, chanting, music blaring and some incredible moves — duck-walks, clicking, hairpin dips and plenty of vogueing a on the runway. There were legends being made.