The Georgia Voice Editors
Community
May 2, 2013 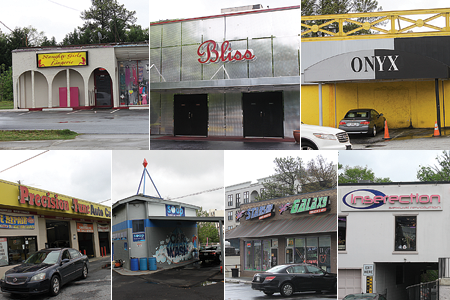 A new grassroots organization named Queer Up! Atlanta is rallying people to attend the Zoning Review Board meeting on May 9 where proposals about Cheshire Bridge Road are expected to be discussed. The meeting is at 6 p.m. at Atlanta City Hall.

In a Facebook event invite for the meeting, the group states: “[W]e need to be loud and present to tell the board “NO!” This proposal would help rid Cheshire Bridge Rd. of it’s more sexual establishments – like [Inserection] and Bliss – while also relocating small businesses, majority owned by middle/low class people of color!”

The controversial zoning changes, proposed by gay Atlanta City Councilmember Alex Wan, would essentially zone out adult businesses as well as car washes and auto repair shops along the popular road considered the city’s red light district. Wan and members of NPU-F argue the changes were part of a 1999 study of the road and approved in 2005 by the city council.

In its description, Queer Up! Atlanta describes itself as:

QUEER UP! Atlanta is a collective of young, queer activists-in-the-making committed to dismantling the oppressive forces of heterosexist ideologies, uplifting marginalized communi-TEAs and the intersections that arise – all with a Southern twang – while unapologetically throwing glitter in the faces of the normative, y’all! In the vein of our fore-queers, who led such efforts as ‘MondoHomo’ and ‘GlitterBomb Atl’, we aim to cultivate a progressive, inclusive movement in HOT-lanta and the greater Southern community.

Sung Kong, owner of Kong Auto Body Shop, whose business would also be impacted if the zoning changes are made, is asking people to sign a petition asking Wan to stop moving forward with his proposed zoning ordinances.