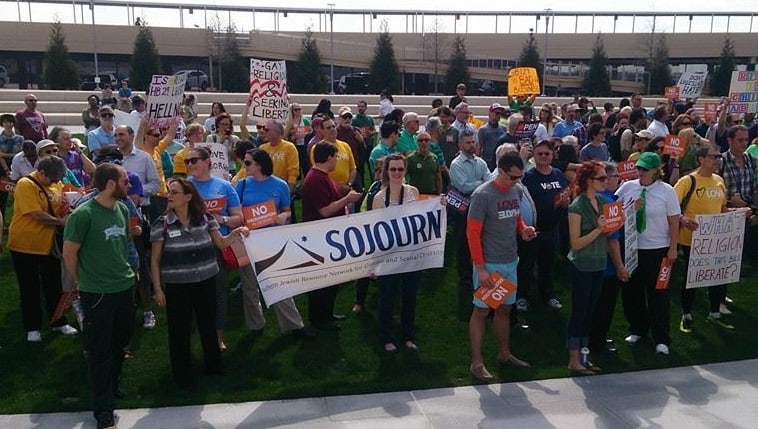 Georgia Equality announced today the honorees for this year’s Evening for Equality, to be held Saturday, June 20 at the InterContinental Buckhead Hotel.

Here’s the rundown of winners along with their bios courtesy of Georgia Equality:

As we head into a Supreme Court decision on the freedom to marry for ALL Georgia couples, Georgia Equality is continuing to push for support on the ground in our home state. While many mayors throughout Georgia have signed on to support marriage equality, Mayor Billups is unique because his city is far more rural than the others.

Knowing that Georgia’s LGBT community knows no geographic boundary, the support of rural mayors, like Mayor Billups, is more important now than ever before. Because of his courageous leadership on the issue of marriage equality, Georgia Equality is pleased to recognize Mayor Clarence Billups of Waycross, Georgia as the recipient of this year’s Champion for Equality Award.

2015 brought another tough legislative session. Georgia Equality, joined by numerous coalition partners, through our campaign Georgia Unites Against Discrimination, led the way to stop the “Religious Freedom” bill that could have created a “license to discriminate” against LGBT Georgians in our state.

Legislative fights are always hard, but having the support of the Georgia Hotel and Lodging Association was key to our success this year. Making the case for the huge negative economic implications this bill could have had on our state tipped the scales in our favor. For that reason, Georgia Equality is happy to recognize the Georgia Hotel and Lodging Association with this year’s Guiding Star Award for their leadership and support in the effort to stop the RFRA bill in Georgia.

It became clear early this year, that if Georgia Equality was going to be successful in the fight against a “Religious Freedom” bill in Georgia, it was going to involve lifting the voices of the faith communities who also opposed this harmful bill. Sharing space at the Phillip Rush Center with SOJOURN gave way to a beautiful, and effective, partnership to slow and eventually stop the RFRA in Georgia.

The staff at SOJOURN worked tirelessly each day of the General Assembly to make sure that Jewish and other faith voices were raised in opposition to the “Religious Freedom” bill, and made the difference in our ability to keep the bill off the floor of the State House of Representatives. Because of their work against harmful legislation and because of their ongoing work to build bridges and tolerance for LGBT people within the Jewish community in Georgia and Alabama, there is no organization more deserving of this year’s Phillip Rush Community Builder Award than SOJOURN: The Southern Jewish Resource Network for Gender and Sexual Diversity.