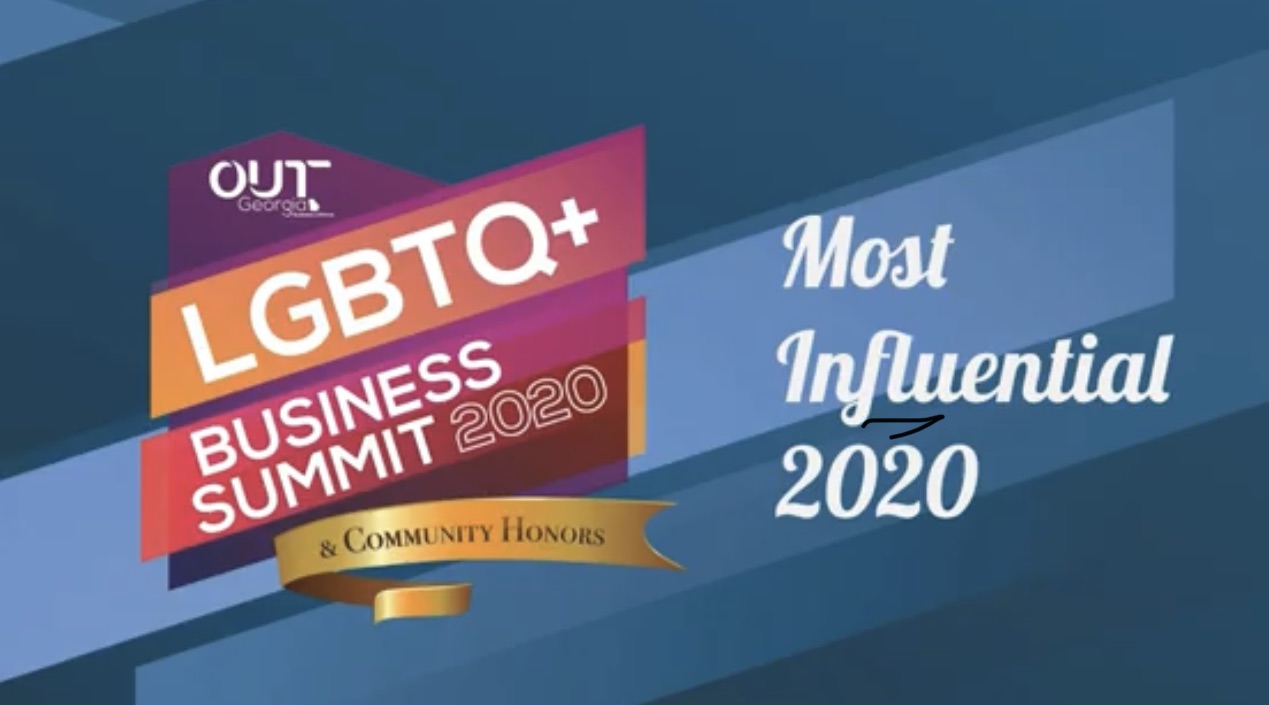 OUT Georgia Business Alliance has revealed its first-ever Most Influential LGBTQ Georgians list for 2020, which highlights 100 LGBTQ trailblazers making a difference in their community.

“With the announcement of OUT Georgia’s 2020 Most Influential LGBTQ+ Georgians list falling during Transgender Awareness Week, we had a special emphasis on spotlighting Transgender and Gender Nonconforming honorees from our community,” said Chris Lugo, Executive Director of the OUT Georgia Business Alliance. “We are thrilled to highlight TGNC, BIPOC, and LGBTQ+ Georgians who are making our state, and our world, a better place.”

The Georgia Voice’s own publishing and managing partner, Tim Boyd, is one of the honorees. Boyd has been with Georgia Voice since its inception in 2010. Columnists Jim Farmer, the festival director of Out On Film, and Bill Kaelin, the founder of Bill Kaelin Marketing, have also been honored.

Other notable members of the list, which was released Tuesday (November 17), include Angelica Ross for her foundation TransTech Social Services; Simone Bell, the first out, Black lesbian to serve in a US state legislature; Everton Blair, the first Black and openly gay member of the Gwinnett County Board of Education; Petrina Bloodworth and Emma Foulkes, the first LGBTQ couple to be married after same-sex marriage was federally legalized in 2015; Gerald Bostock, the defendant in Bostock v. Clayton County, Georgia, the landmark civil rights case that gave protection to employees against discrimination due to sexual orientation or gender identity; Jorge Estevez, WSB-TV’s first openly LGBTQ news anchor; Jamie Fergerson, the executive director of the Atlanta Pride Committee; Zahara Green, the founder and executive director of TRANScending Barriers; Chanel Haley, the first Black trans person hired by the Georgia House of Representatives and the first trans person elected chair of the City of Atlanta Human Relations Commission; Dave Hayward, founder of Touching Up Our Roots; Rev. Kim Jackson, the first LGBTQ state senator in Georgia; Dr. Annise Mabry, the founder of the Dr. Annise Mabry Foundation; Reese McCranie, the Deputy Chief Equity Officer in the Mayor’s Office of One Atlanta and a member of the national board of GLAAD; Ryan Roemerman and Pamela Stewart, co-chairs of the Mayor’s LGBTQ Advisory Board; Miss Terra Cotta Sugarbaker, the drag queen behind Drag Queen Story Hour Atlanta; and Connor Fair, the first transgender man to win homecoming king in Georgia.

“It is our honor to recognize these Georgians who are using their influence to impact the lives of countless LGBTQ+ people, here in Georgia and beyond,” said Michael Daniels, Board President of the OUT Georgia Business Alliance.

You can view the entire list of Most Influential LGBTQ Georgians honorees here.