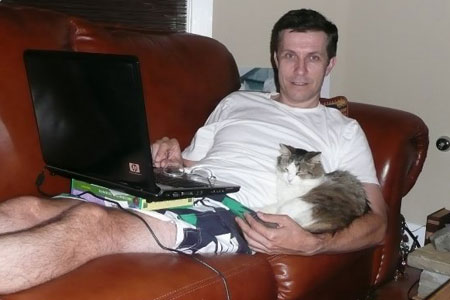 Their only interactions were on opposite sides of the screen door — contemptuous staring matches that would have been much uglier had a barrier not separated them.

Inside the house was Casey, a tabby cat who had been his owner’s only feline until Sweetie arrived on the scene. Sweetie was on the outside, where she had been since her earliest days of life, when her mother dropped her and three littermates in Gordon Dyker’s carport in 1997.

Hungry for conversation, friendship — and dinner?

AID Atlanta invites you to its new Out 2 Eat social program for gay, bisexual men

The six teens charged with a bias-crime attack on a gay Atlanta pastor at Piedmont Park will be tried as adults. Four of the teens are minors. The youngest is 13 years old.

Several readers have reached out to us to express their views on the charges. Some readers, like Twitter user @jcstarr are happy with the decision to charge the teens as adults. “GOOD!!! I hope the judge throws the book at them,” he wrote via Twitter.

Several of our Facebook fans supported the charges, as well.

Want to learn how to do-si-do?

On heels of shakeup of judges on popular show, last season’s top 10 finalists to perform in concert

Noni’s Deli celebrates second anniversary with the flavor of Mexico

Listen to the lions roar

Wine and dine for prices to fit your budget