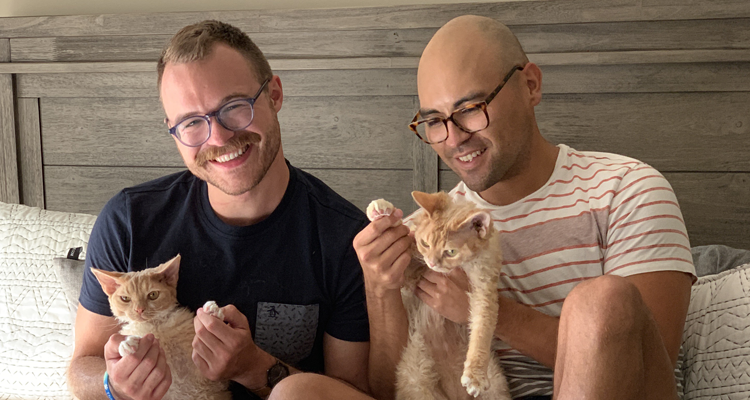 Pet Dads and Moms of the ATL

Here’s to the best dads and moms a pet could ever have! From dogs and cats to those more exotic pets, we all need a little love and companionship from our animal friends! While we celebrate those with us today, we also honor those pets who’ve passed on, who continue to bring smiles to our faces through warm memories!

“Ted aka as Ted E. Bear, is my baby! He is a miniature Poodle. Ted is two years old, and I got him as an emotional support pet during the time of my mother’s bereavement. He has been that and so much more to our family. He is friendly to everyone he comes in contact with and is definitely the eye catcher when we’re out and about! Everybody loves Ted!” 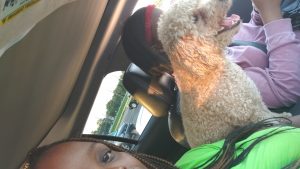 “Her name is Babs. She is 13 and a half. Her Breed is mixed but essentially a mutt! I rescued her when she was about six months old so I’ve had her for about 13 years. She loves to eat everything! Finishing the peanut butter jar is her favorite. She enjoys car rides and hanging out in the park!” 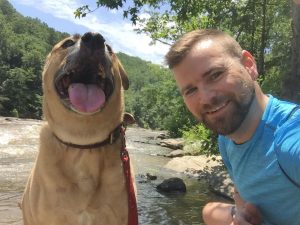 Billy Banderas with Heavy (In Memoriam)

“Heavy was 13 years old and he LOVED pop music! He always cuddled on the couch and enjoyed very short walks! Heavy ate everything in his way but I always gave him Costco treats and he loved them. He also enjoyed when I gave him the last of my bananas and he’d wiggle his tailless butt to show me his happiness. He also always knew when I was sad and would lick my leg non-stop. His nickname was “gordito canchis canchis” and he always knew that meant he may get a treat. It was ultimately all about food!” 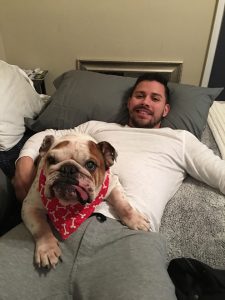 Samantha and Jacinta Mercer with McCormick

“His name is McCormick. We picked his name before we actually got him from our first date at McCormick and Schmidt’s. He is a 9 year old Shorkie that we have loved and taken care of since he was 6-7 weeks old. He is a very interesting little guy. He’s only 12 lbs but he packs a huge bark. So huge that he thinks he is much bigger than he is and does not shy down from any dog he encounters. Although he pretends to be a bad guy in front of other doggies, we know the true Mick. He once scared himself by stepping on a candy bar wrapper so we know he’s not as tough as he would like folks to believe. He’s a good boy though. And a sweetheart. He loves cuddles which turn into naps and snoring like he worked an all night double shift. Also it’s the cutest thing when he does his back scratching ritual by falling on his back and wiggling his body around in a circle kicking and flailing his little legs in the air. A must see!” 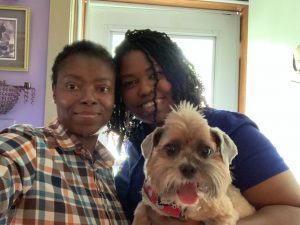 “Becks is one year and nine months old. I adopted him from the Fulton county shelter in October 2018 when he was a pup. He’s multi-racial just like his dad, a Sheppard, Bull terrier, Lab and Boxer. His favorite toy is his small hedgehog that squeaks (but ANYTHING that squeaks will do). He loves to walk around the neighborhood to sniff out anything new that he might have missed from earlier that day, or just be loved! Note- your hand has to keep moving over his body or he will leave you like a piece of parsley on a cold plate! He can be still all by himself. If his cousins visit, he is over-the-moon happy because he gets to play!” 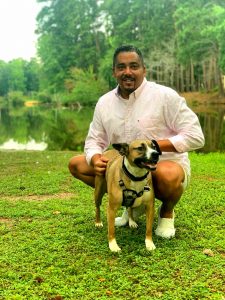 “This is me and my dog Captain. He is a rescue that we adopted from Angels Among Us Pet Rescue in June 2012. He was picked up as a stray in May 2012 from Clayton County. We tempt fostered and it turned into a foster fail! He is a German Shepherd and we think he is about 8 years old now. He is the sweetest dog you’ll ever meet. He loves to sleep, chase squirrels, howl at fire trucks and follow us from room to room as we move around in the house. We couldn’t ask for a better dog. I love him so much!” 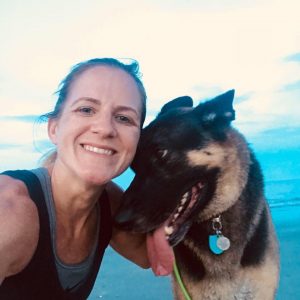 Curtis Gurule and Blake Christopher with Oliver and Simon

“These two cats are of the Devon Rex breed. They’re one and a half years old and we adopted them in August 2018 from owners down in Tampa. They love daddy cuddles, sinks, blanket forts, hugs, making their opinions known, snuggling in chest hair, treats, watching their dads cook, sun bathing, general judgement, sleeping and kitty parkour!

They hate baths, ear cleaning, getting up in the morning, going to sleep at night, traveling, and the US healthcare system! When they’re feeling playful, they love hunting the elusive red dot laser, sunbathing, and contributing to entropy!” 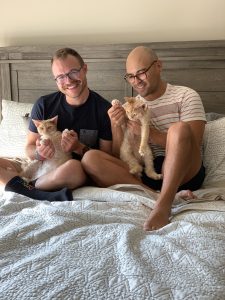 “So this is a picture of Newton and me in Miami. We were there for the first Pride. The other cute dog is Alex. My dog Newton is 7 and a Long haired Dachshund I adopted Him when he was 4. He was very sick and I almost lost him I can provide details. What I love about Newton is he at every dog park goes and welcomes everyone. He loves meeting new people. He has an amazing spirit and he makes me laugh every day. He makes friends everywhere he goes! I am so happy he is a part of my life!” 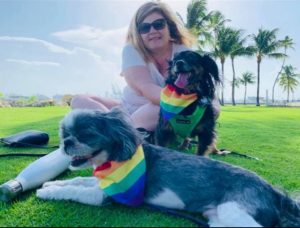 “Her name is Gracie Nguyen and she is six-years-old. I had her since she was a baby puppy. She is a Maltese & Jack Russel mix, and is an extreme attention whore & loves the outdoors but scared of thunderstorms!” 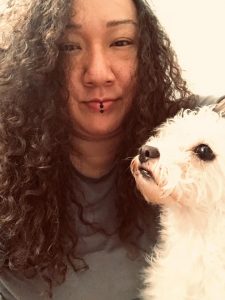