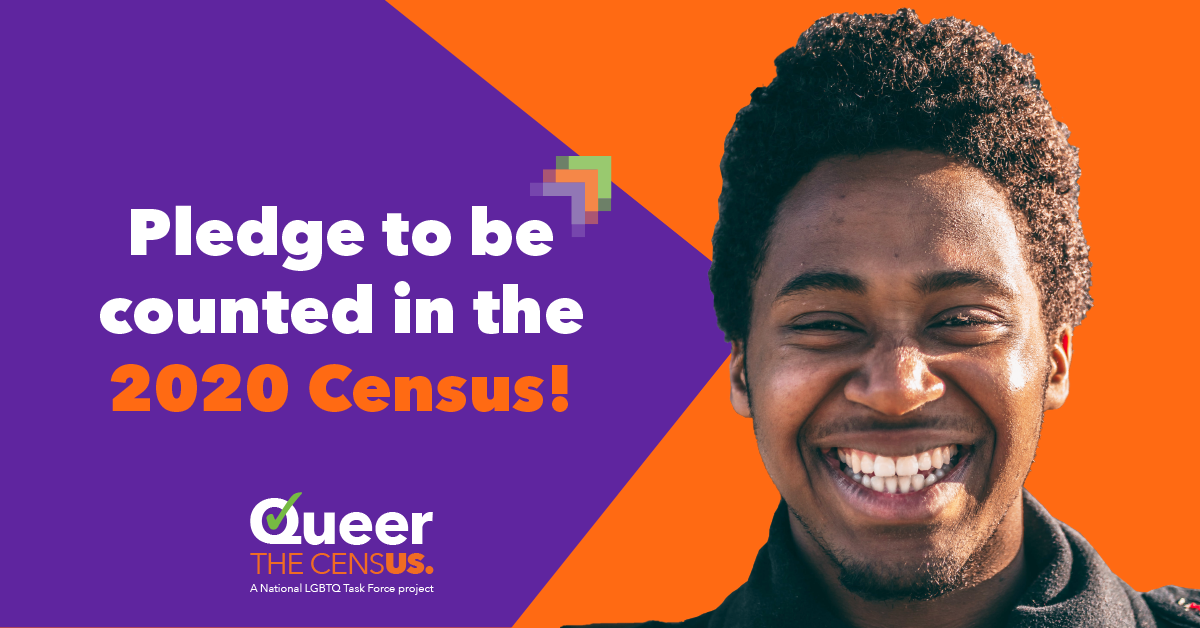 Pledge to Participate in 2020 Census

After announcing they would celebrate Census Day (April 1) by mobilizing LGBTQ people to be counted in the 2020 Census, the National LGBTQ Task Force has created a pledge for LGBTQ people to sign.

“The LGBTQ community is disproportionately likely to need and use these programs, especially those of us with multiple marginalized identities,” the pledge reads. “We can’t let our communities be left out!”

“While the Census doesn’t ask questions about sexual orientation or gender identity, it’s still vital for us to be counted,” Meghan Maury, the Task Force’s policy director, said in a statement. “Like other marginalized communities, LGBTQ people have historically been undercounted on the Census. The ‘Queer the Census’ campaign is working to change that, so that our community can access the things it needs the most—dollars, democracy, and justice.”

You can Queer the 2020 Census by filling it out here. If you have any questions, you can email QTC@thetaskforce.org. If you have already completed the Census, you can spread the word about how important it is for LGBTQ people.