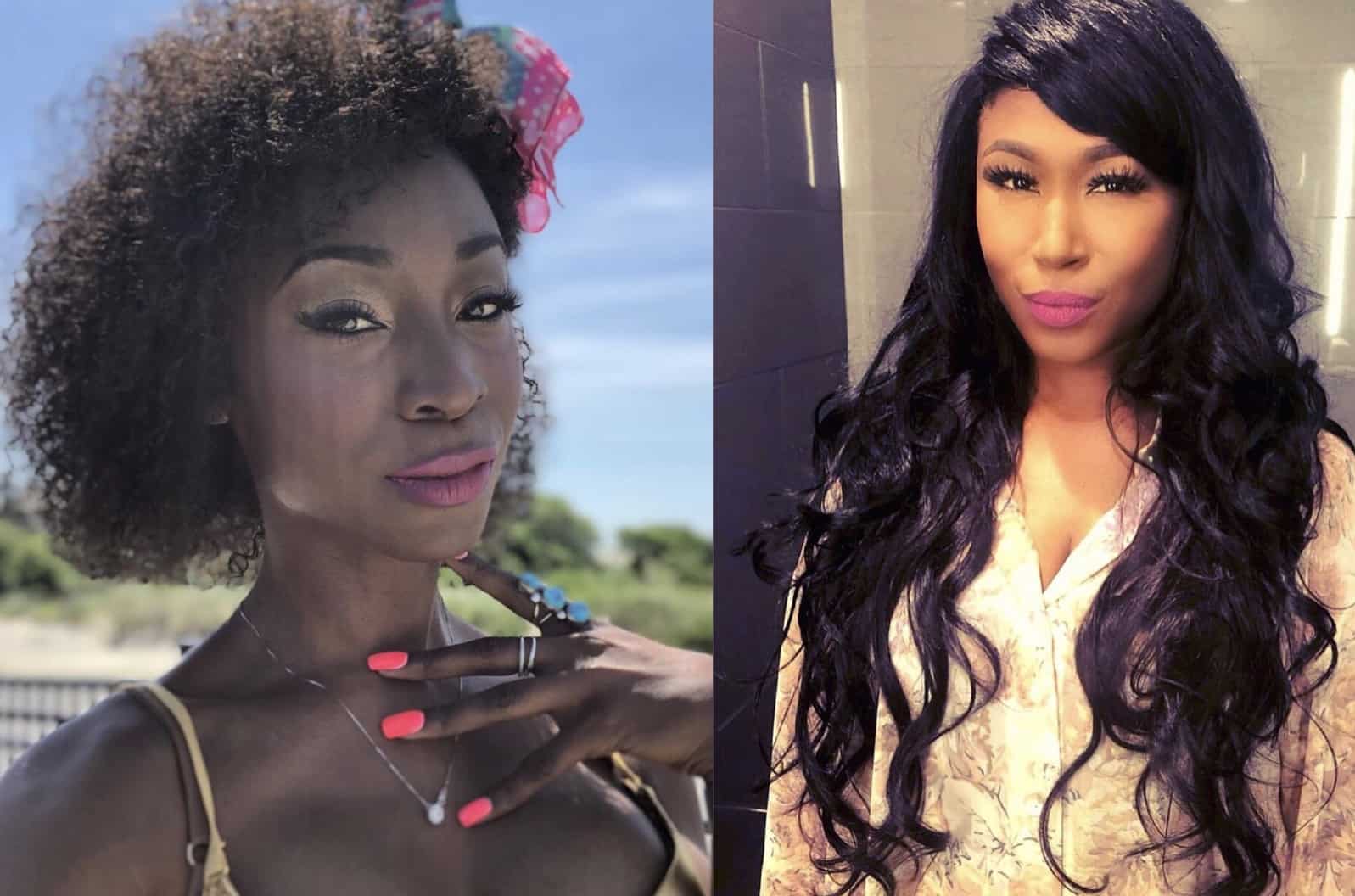 Labor Day weekend in Atlanta has become synonymous with Black Pride – a weekend when thousands of LGBTQ people of color make their way to the city for a weekend of events and celebrations.

One of the much-anticipated events bringing parties to the ATL is the Pure Heat Community Festival, and the headliners for this year will blow visitors away! From the emmy-nominated FX series Pose, Angelica Ross will represent trans women and the LGBTQ community, while R&B singer Tweet, will bring soulful music to the stage at Piedmont Park.

Actress and triple-threat entertainer Angelica Ross will receive 2019 Trailblazer Award. Ross is a businesswoman, actress, and transgender rights advocate. After becoming a self-taught coder in the early years of her career she went on to become the founder and CEO of TransTech Social Enterprises – a firm that helps employ transgender people in the tech industry. Ross began her acting career in the web-series Her Story. In 2016, the series was nominated for an Emmy Award for Outstanding Short Film for Comedy or Drama. Ross also made a guest appearance that year on the TV series Transparent. She starred as Candy Ferocity in the critically acclaimed T.V. show FX series POSE. Angelica Ross was recently cast to play in the next season of American Horror Story 1984.

This year’s festival will also present the singer known as the “Southern Hummingbird” – Tweet – with the 2019 Legacy Award. Tweet is best known for her debut solo single, “Oops (Oh My)”, a song about self-loving and appreciation – produced by Timbaland featuring guest vocals by Missy Elliott. Tweet has released three solo albums – including the most recent self-titled project, Charlene, via Entertainment One. As an actress, she has appeared in the Billie Woodruff directed motion picture, Honey, and has also appeared in the sitcom The Parkers. Tweet is hailed as one of the best voices of the new millennium and has collaborated with Karen Clark Sheard, Whitney Houston, Monica, Keke Wyatt, Syleena Johnson, Lil’Mo, Trina and more.

The 8th annual affair will be held Sunday, September 1 in the meadow area at Piedmont Park near Park Tavern. Thousands will make their way to the park for a free day of unity celebrations, and the numbers continue to grow. Melissa “DJ M” Scott, one of the events’ hosts, recalled that the last two years the event has been at capacity. The first year, around 10,000 people attended and more recently there was around 20,000.

That first year when Pure Heat made the location change to Piedmont Park, Scott said they didn’t even call it a festival.  “We just gave out water and DJ’s performed near dockside,” Scott recalled. “Everyone just came out and enjoyed each other.”

Piedmont Park is very LGBTQ-friendly, Melissa said of the event’s location. “It’s a central part of Atlanta and it’s at the corner of the Rainbow Square,” she added.  The park wanted the event held there, Scott noted. The park is a popular location for LGBTQ people of color and many hang out there on the weekends. So with the interest of the park to play venue host it was made official, Melissa noted.

“It’s a true day of unity,” Scott said. “Every ethnicity and every age is welcome.” It is also hosted by Bishop Oliver Clyde Allen III, the executive director of The Vision Community Foundation, Rashad Burgess, and Avian Watson.

Through the years, the people have continued to show up and show out – artists displaying their various art forms and the visitors swept up in the ambiance of one of the biggest family reunion celebrations.  And like any family reunion, the smell of barbecue will permeate the air. From the celebrity and local musical entertainers, comedians, barbers, hairstylist, and J-setters it’s an opportunity “for them to express themselves through their art,” Scott noted.

New this year, The Vision Church of Atlanta choir will perform at the park at 12:30 pm to not only kick off the festival but to set the tone for the day’s events and activities. Along with entertainment, Scott said there will also be politicians in attendance. They are hopeful that Atlanta Mayor Keisha Lance Bottoms will also stop by the event on Sunday.

Some of the celebrities making an appearance this year at Pure Heat will include comedian Sweet Baby Kita, actress and R&B singer B Simone, singer Sevyn Streeter and rapper/actor Milan Christopher and several others. Of course, there will be some other attractions.

“It’s really an art festival,” she said of everything Pure Heat will offer. In addition to the art, there is also an informational portion to the day. There will be booths offering information on health, HIV testing, nutrition, and PreP. Scott said there will also be attorneys on hand for those who may need legal advice. “There will be resources for people if they are having issues at home or in their lives,” Scott added. “You can leave with the proper resources to make your life better, and you can leave in a better position than you came in,” she said of the educational portion of the festival.

It’s the weekend event Toya Jiles has been waiting on. She’s originally from Milwaukee and has attended each year at Piedmont Park. She learned of the event from her church. In an interview with Georgia Voice, she said the festival sounded like just the event for her family.

“I have a family, and it’s one event I could come and bring my whole family and not have to leave someone out,” Jiles said. While the day offers an array of entertainment, she liked her children learning about diversity and gender equality.

The mother of two said the number one thing she looks forward to is the J-Setting contest. Another favorite, Jiles said she also enjoys watching the barbers and hair stylist on the stage.

“It’s celebrating and giving those a platform who may not get that recognition because they are LGBTQ,” Jiles said.

For Jile’s 17-year-old daughter, her attendance through the years as a child at the festival inspired her to start the first Gay Straight Alliance at Banneker High School during her senior year last year. The high school group attended the festival last year, Jiles added.

“It’s a big party, but it’s a big family party,” Jiles said of the event that is great for families. “There’s an array of food vendors. You get to see different expressions of life but more importantly, the children get to see what diversity looks like.”

For more information on the Pure Heat Community Festival and its events, visit  pureheatcommunityfestival.com and for other event information, visit atlantaprideweekend.com.