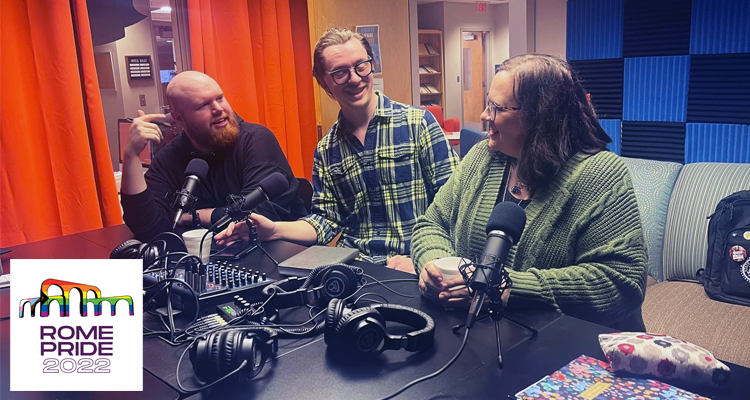 PFLAG Rome is bringing LGBTQ support and celebration to Northwest Georgia this month with its inaugural Pride festival from June 24 through 26.

Lynn Green, the president and founder of PFLAG Rome, started the organization after her child came out as transgender. It was then when she realized that Northwest Georgia was what she calls an “LGBTQ support desert,” and she wanted to do something about it.

“When my child first came out to me about two-and-a-half years ago, I looked for anybody who knew anything about anything,” Green told Georgia Voice. “There was support in Atlanta, Chattanooga, Huntsville, and Birmingham. But that big triangle [of Northwest Georgia] was empty.”

It was through PFLAG Rome that Green met Justin Deal. Deal grew up in Rome and had struggles as a child after coming out, but in his adulthood, he realized he loved Rome and wanted to make it a better place for him and others in the LGBTQ community.

“After I jumped around, I decided that I really loved Rome and I wanted it to be my forever home,” Deal said. “But in order for that to be a full-on possibility for me, I knew we had to do something. We had to move the needle in order to have at least a more open acceptance of LGBTQ people in this area.”

Green and Deal bonded over wanting to do something to connect Rome to its LGBTQ community, and thus, Rome Pride was born. While Rome Pride has hosted events since 2018, this is the first official Pride festival.

The three-day festival kicks off on Friday, June 24 with a ticketed comedy and drag event at The Vogue. The show will feature local drag troupe, the Sizzling Sisters of Rome, as a well as performers from Atlanta, Tennessee, and Alabama.

Saturday, June 25, will be a full day of festivities, starting with sunrise yoga at Rome Labyrinth at 8am, before the Rainbow March down Broad Street at 11. Included in the march will be the Chatta Pride Spinners, an LGBTQ color guard troupe from Chattanooga, Tennessee, as well as a trolley for anybody who wants to participate but isn’t physically able to. The march ends at Pride Plaza, located at Heritage Park, where there will be 45 vendors selling goods, as well as nonprofits like AIDS Resource Council, the Sexual Assault Center, the Human Rights Campaign, and the American Red Cross. There will also be food trucks, an entertainment stage with daytime drag and live music from 10am to 7pm, and a children’s area with crafts and their own DJ. All the events are free and family friendly.

The day concludes with a ticketed 90-minute Rome Riverboat Cruise at 6:30pm, which will include champagne, charcuterie, and desserts, and a drag show at Tortaco at 7.

The weekend closes out with a nondenominational community church service celebrating Pride and the LGBTQ community led by Jay Burns-Horton at First United Methodist Church on Sunday, June 26, at 10am.

“We have community members that are 100 percent on board and completely supportive and want to be involved,” Lynn Green said, “and then we have the exact opposite.”

However, despite the growing animosity and political vitriol nationwide, Rome Pride has still seen an overwhelming show of support from its community.

“With the political climate, it can be very scary,” Deal said. “But at the same time, who’s going to step up? We decided to take that on and take the risk and really go for it. I’m so amazed at the support we’ve received, I’m kind of flabbergasted because I wasn’t expecting this for the first year. I feel a lot better, but of course there’s still opposition, and there probably always will be. We really wanted to embrace the community and get them involved so they could see us as humans and see us for who we really are. We’re Romans, too, and we want the community to thrive, as well.”

Rome Pride is the biggest LGBTQ event in the history of Northwest Georgia, and it’s a celebration for everyone in Northwest Georgia and beyond — especially those who, like Green did, need support in an area where it’s sparse.

“Although we are called Rome Pride and PFLAG Rome, we’re reaching out all across Northwest Georgia and even farther,” Green said. “We’re support and a celebration for more than just the city of Rome.”