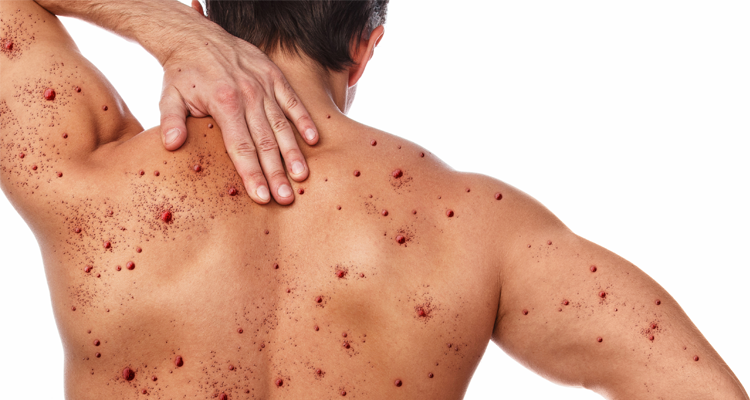 There have been more than 350 monkeypox cases reported in Georgia, but no one knows how much higher the actual prevalence is and it’s unclear whether anyone cares. Entering the third week since I began experiencing symptoms, one of the most challenging aspects of an otherwise mild fight against the disease has been trying to make sure my case was included in Fulton County’s surveillance data.

The CDC has declared monkeypox a nationally reportable disease (meaning every confirmed case must be relayed to county, state, and federal public health departments), even though there is not a single testing site operating in the state and no indications of a mobilization comparable to what we’ve seen with COVID-19.

When I called the Fulton County Health Department to ask how to get an infection confirmed and recorded, four different staffers gave me a four different numbers to call for assistance. An agent on the state’s public health hotline understandably told me they couldn’t accept my self-diagnosis over the telephone, but said there was no way for county or state officials to verify my case.

Given that I am uninsured, I was told to either pay for an office visit and lab tests at an urgent care facility or go to the emergency room. Once a patient arrives at the latter option, a doctor contacts the county health department to order an orthopoxvirus test, which must be couriered to the hospital in a process that could take up to seven hours for the patient.

With only Tylenol, ibuprofen, and orange juice identified as treatments for monkeypox thus far, along with the early stigma of contracting the disease, some people will endure a couple weeks of illness without incurring financial costs or a formal diagnosis. It’s also possible for a few folks to assume they had a weeklong flu and experience such a mild skin outbreak that they never realize they had monkeypox (my “rash” consisted of fewer than 10 isolated dots scattered across my body, with only one on the bottom of my foot distinguishable from a zit).

Official numbers will be distorted by the lack of testing and even greater lack of urgency, and an underreported pandemic is subject to receiving less attention and funding. While Georgia grants dominion over public health to county governments, there are no jurisdictional limits on leadership during an emerging health crisis.

What is it worth for Atlanta to have four openly queer members on its city council, when none of them — Liliana Bakhtiari, Keisha Sean Waites, Alex Wan or Matt Westmoreland — appear to be calling attention to, or devising a strategy to combat, a public health emergency that overwhelmingly affects gay and bisexual men? The mayor’s Division of LGBTQ Affairs has begun an admirable social media campaign with basic facts about the disease that directs people to the health department for testing (see above), but the memes offer no hope a specific, reality-based response from the city is in the works.

Candidly, there is nothing any of these city officials could have said or done to protect me from contracting a disease I was fully aware of and for which I understood my risks. Each of us is responsible for keeping ourselves and others safe as best we can, but having to jump through hoops to ensure one’s illness is included in nationally mandated figures should not be a consequence of coming down with monkeypox.

With the federal government allegedly readying more vaccines for distribution, Atlanta needs vocal advocates to ensure the gay mecca gets its share and that a vigorous testing network is established (it’s an external swab). If only we had friends in high places.