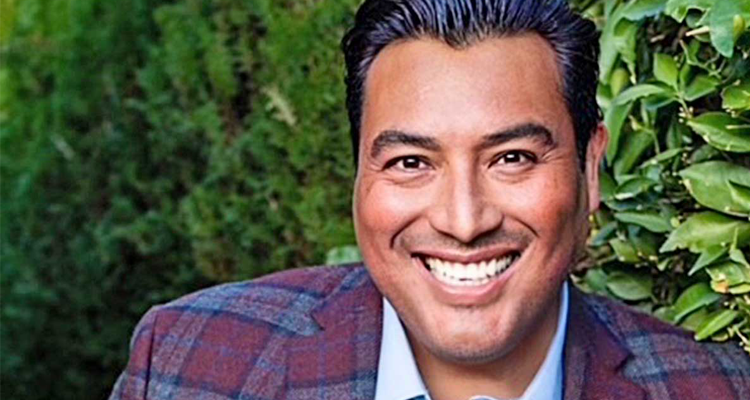 Reclaiming 41: The Journey to Heal a Notorious Past Trauma for LGBTQ Mexicans

Until recently, Alberto B. Mendoza hated 41. He cringed if his dinner bill or hotel room number had the number in it, and with the countdown to his 41st birthday, he dreaded the year to come.

His hatred of the number started when he was a kid. Growing up on the San Diego-Tijuana border, he was excited when some friends nicknamed him 41. That is, until his father told him what it meant.

“When he heard them, he called me into the garage and said, ‘Why did they call you that? They’re calling you a faggot, are you a faggot?'” Mendoza recalled. “I just remember wanting to disappear and crawl into a hole.”

Mendoza, who is gay, was not ready to be outed. He came out when he was 19, and for decades more he hated the number. He made many achievements, including serving as the executive director of the National Association of Hispanic Journalists, and he is now the managing editor of JSK Journalism Fellowships at Stanford University.

When he was set to turn 41, he told a friend over dinner how much he was dreading the milestone. That’s when he learned the story of how the slur came to be.

The origin story of “41” as an anti-gay slur dates back to 1901 in Mexico, when a secret society of gay men would meet to indulge in drinking, dancing, sex and other merriment. It was during these gatherings that they could be themselves — talk how they wanted, dress how they wanted, and be openly affectionate with their friends and lovers. The group hosted an annual ball, with half dressing in women’s clothing while the others dressed in tuxedos. It was during the group’s ball in 1901 that police raided the party and arrested 42 men.

However, the record mysteriously changed from 42 arrests to just 41 — there is no concrete proof, but it’s long been believed that one of the men at the party was Ignacio de la Torre y Mier, the closeted son-in-law of Mexican President Porfirio Díaz. To avoid a political uproar and save face, the story goes that Díaz had his son-in-law taken out of jail and his arrest hidden.

The remaining 41 men were not so lucky, and newspapers referred to them as the “41 maricones,” the Spanish equivalent of “faggot.” Those wearing dresses were forced to sweep the streets, unprotected from an angry homophobic public, and many of the men were sent to work camps in the Yucatan supporting Mexican solders fighting the Mayans. Homosexuality and men dressing in women’s clothing were not illegal, but the government felt it had to make a statement against the men’s immorality.

The number was later used as a slur against gay people. It became such an unlucky and unwanted number that throughout parts of Mexico, they have skipped the number for hotel rooms, house numbers, building floors, and even battalion numbers. The number 41 (and sometimes 42) was seen as a sort of scarlet letter to be avoided, hence the reaction by Mendoza’s father when his classmates called him that.

“It all made me shiver and took me to a negative place,” Mendoza said.

But with the rise of the equality movement around the world, the story of the 41 has come to light and is seen from a different perspective. In November 2020, the Mexican film “El Baile de Los 41” was released to much acclaim before being picked up by Netflix and premiering in May 2021. Since many details have been shuttered away or destroyed since the 1901 incident, the film takes creative liberties in retelling the tale of the Dance of the 41 while still memorializing a dark time in Mexican history.

Once Mendoza understood where the number came from, it became not a slur, but an homage to the 41 men who were assaulted for their sexuality. He decided that for his 41st birthday he would not hide, but instead lift up the number with a new organization: Honor 41, an annual recognition of 41 LGBTQ+ Latinos.

“I felt that I wanted to do something to really celebrate how far we’ve come by reclaiming the number and taking its power away, its negative power,” Mendoza said.

In the spring of 2013, Mendoza announced the first class of Honor 41, a range of role models of different backgrounds, gender identities, sexualities, and ages. The youngest member of Honor 41 was just 12 years old, and the oldest was 82. The 12-year-old was Zoey Luna, a transgender girl featured in the documentary “Raising Zoey” and who recently played a trans girl in 2020’s “The Craft: Legacy.”

Starting with hundreds of names, Mendoza and his board of past honorees whittle down the list to choose people who are deserving of being in that year’s class. They take into consideration important pressing news for the year, and some people are set aside to be considered for another year.

“On a daily basis I look through different media outlets and I share articles that are at the intersectionality of gay Latino, social justice, health and share those stories on social media,” Mendoza said. “I am truly trying to make sure it’s a balanced list.”

From 2016 to 2019, he took time off from the project to deal with the loss of two close family members. For the class of 2021, which will be released this month, Mendoza will also include LGBTQ people who have passed away to honor their legacies.

When the honorees are chosen, Honor 41 creates a video for each person to tell their story. Many have similar themes of being bullied, abused, and misunderstood, but everyone has found a way to surround themselves with love. For Mendoza, what has struck him the most is younger LGBTQ people coming out at younger ages and having more supportive experiences from their friends and family than he and others did.

I think we’re all much more empowered when we can take things that are negative and finally reclaim them.”

To learn more about the Honor 41 project or to nominate an LGTBQ+ Latino who has made a difference, visit honor41.org.

Christiana Lilly is a freelance journalist from South Florida whose reporting has been recognized by the Society of Professional Journalists Florida chapter, Florida Magazine Association, and Florida Press Club.