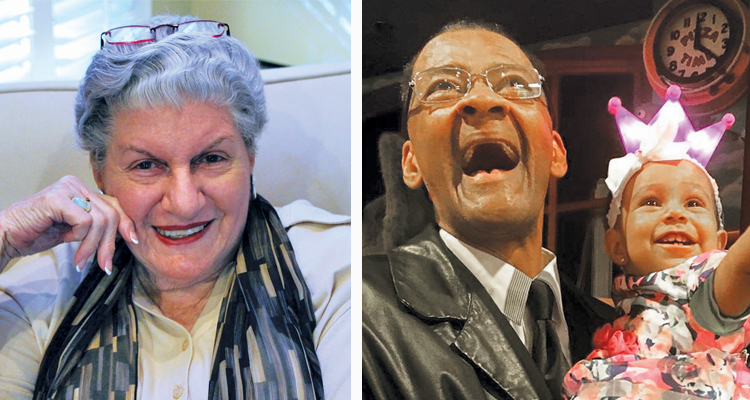 Our ally extraordinaire Judy Colbs passed away on January 5, 2021 at 89 years young.

I always enjoyed hearing her harangue me: “Don’t say I started Atlanta PFLAG, because I didn’t!” What she did do was put PFLAG on the gaydar, massing at our events with us.

PFLAG served as my sanctuary, because my parents never went anywhere near PFLAG, despite my brother also being gay. One night when I was in crisis, Judy called up folks to come counsel me, and I’m thankful for her keeping me sane.

For 20 years I attended PFLAG and often felt that Judy would lead us onto the streets hollering for LGBTQ rights, so adamant was she that our cause is right and just. We did seize her spirit for our subsequent actions. Thanks, Mom.

Judy had great humor about showing up. In February 1986 we encircled the First Baptist Church (now ground into dust) at 5th and Peachtree, decrying Reverend Charles Stanley preaching “AIDS is God’s judgment against sinners.” Judy assured fellow PFLAG mother Joann Medley that she wouldn’t be on TV because there were so many of us. Thus, we laughed heartily when Joann appeared on all three TV networks from the demo.

Above all, Judy was tart and sharp and strict, no meandering allowed. She counseled one PFLAG man with AIDS who told her there’s a reason his family was 1,000 miles away (like mine). Uh huh, that’s right, she said. We deal with it. We are here for you. Your authentic family.

There’s no replacing her. All we can do is invoke her. Our champion. Rest now.

Clarke was one of the founders of the Atlanta SAGE chapter, hosting hospitality at all SAGE events. He also served as administrative assistant to Touching Up Our Roots, Georgia’s LGBTQ Story Project, and volunteered for groups like AARP. His bright spirit welcomed everyone.

A Black man who was a native of Atlanta, Stanley also had a long career teaching in the Atlanta schools. His three adult children survive him, as well as an extended biological and chosen family.

He will be much missed.