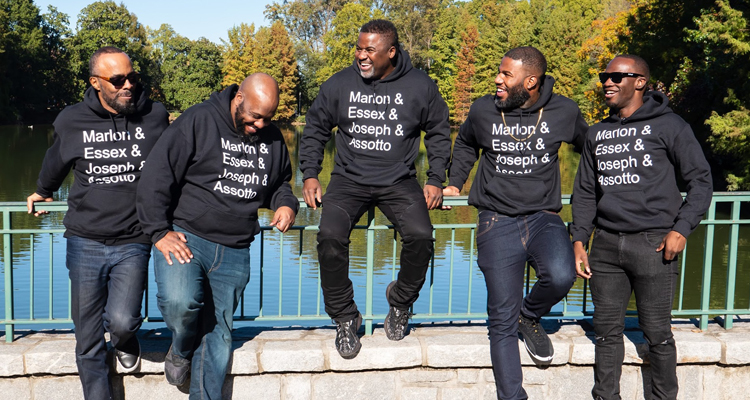 When Charles Stephens founded the Counter Narrative Project (CNP) in 2014, he wanted to create a political home for himself and other Black gay men who found themselves victimized by the narratives surrounding them.

“I was frustrated with the public narrative that I saw about Black gay men in the media,” Stephens told Georgia Voice. “I didn’t see the wide range and diversity of representations I knew to be true. CNP was a response to that.”

Stephens and others at CNP believe that narratives have power, power that can be weaponized against either marginalized groups or racial injustice, depending on how they’re used.

“We [at CNP] knew that we wanted to operate in the terrain of narrative because we saw such power in that work,” Stephens said. “Narratives have public policy consequences. Narratives can be weaponized against marginalized communities, but as much as narratives can be weaponized against us, we believe that we can reprogram and build narratives to empower our community, to fight back, resist, and most important to inspire activism.”

To harness the positive power of narrative building, CNP works at the intersection of art and activism. To Stephens, media and culture are tools for social justice, strategies used by CNP through both the inclusion of artists in organization and mobilization work and the creation of original content. By creating its own content, CNP is combating the violence of erasure while ensuring that Black gay men have control and power over their own narrative.

“It’s critical that there aren’t just stories told about us, but that we own the narrative,” Stephens said. “We tell our own stories. We are the authors of our own narratives.”

CNP creates an abundance of high-quality content through three different platforms: The Reckoning, an online publication focused on telling the unique stories about Atlanta’s Black LGBTQ community; the CNP podcast network, which covers everything from conversations with prominent Black LGBTQ people to analyses of your favorite horror films; and Revolutionary Health, a YouTube series covering Black gay men’s health and wellness.

CNP’s initiatives don’t only include creative pursuits. As part of its organizing work surrounding public policy, the project’s leaders have penned an open letter to the Surgeon General regarding the victim-blaming messaging surrounding COVID-19 and Black and Brown communities and secured a proclamation from the Fulton County Commission marking a day of remembrance for Tony Daniels, a prominent Black LGBTQ community organizer and poet from Atlanta. They’re also currently organizing the CNP Summit, which will happen this March. This year’s summit will honor civil rights activist Bayard Rustin and explore what activists can learn from his legacy.

“Bayard Rustin is such an incredible inspiration for CNP,” Stephens said. “CNP is a tribute, a love letter, to Bayard Rustin. He was one of the greatest organizers ever, and we seek to find inspiration and blueprints from his legacy.”

Without the rich history built by Black organizers like Rustin, James Baldwin, and Essex Hemphill, organizations like CNP wouldn’t exist — and Stephens not only recognizes, but celebrates that. He believes it’s crucial to honor where you come from and heed the lessons of your elders, who laid the groundwork for narrative building and community organizing.

“We want to be in conversation with movement history. Part of our work as organizers is to elevate our movement history because there’s so much wisdom we can gain from it,” he said. “One of the lessons I take from the very powerful civil rights history is the importance of understanding both community organizing, grassroots activism, and mobilization as well as the power of symbolism, media, and getting the message out … We can learn from the legacy that was left for us; we’re not reinventing the wheel or starting from scratch. But so much of our movement history has been erased, which is just a form of violence.”

It’s this erasure that necessitates both the narrative ownership that CNP advocates so heavily for and visibility initiatives like Black History Month, because Black LGBTQ people have been an integral part of building both America and Atlanta and aren’t reaping the rewards.

Through their work combating the violence of erasure and embodying the power of the narrative, CNP is changing the landscape for Black LGBTQ Atlanta and empowering a new generation of activists who will carry on the tradition of the leaders of the past.