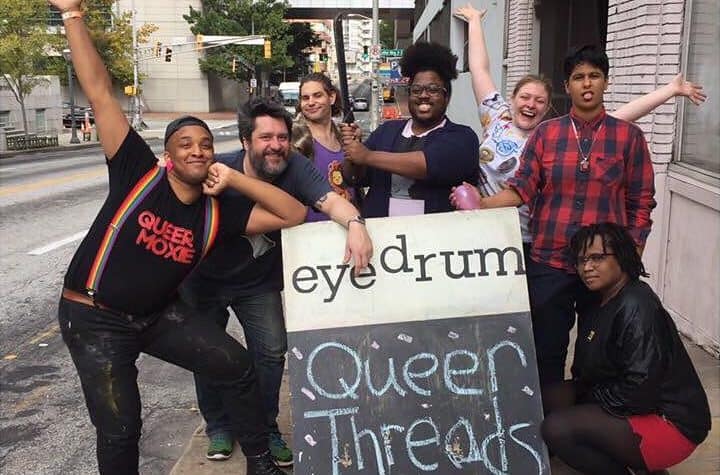 The third annual Southern Fried Queer Pride takes over Atlanta next week, celebrating an intentional space for the queer and trans members of the area’s LGBT community.

“We saw there was a lack of space for queer and trans people of color, especially black people, to have our own experiences, to feel valid,” said Taylor Alxndr, SFQP co-founder and executive director. “There wasn’t really a space of art to be the centerpiece, especially art of social activism and social justice. We saw a lot of events in Atlanta that were LGBT-focused going in a very commercial and corporate direction. We wanted to keep it local.”

The festival is entirely community-funded, and does not accept sponsorships from large companies.

Developing programming for SFQP is purposely an organic process. Members of the community come to the organization with the workshops or skill-share events they want to host or include. That’s perfect given SFQP’s community-centric feel.

“This is the first year of really expanding it. We started off as a three-day festival, Friday to Sunday. This year we expanded to a five-day,” Alxndr said. “Our attendance has doubled. More people want more different types of programming.”

Alxndr said Atlanta is looked to as the “queer mecca” of the South, so visitors to SFQP aren’t always from Georgia. The celebration inspired other cities to start their own satellite versions, the first of which is likely to take place in North Carolina.

“People are really drawn to things that they can connect with; more grassroots things, more community-based things have that closer connection,” Alxndr said. “In the current political climate we’re in, I think building resilience and building these strong bonds as a community are more important than ever. … We don’t know where our government may take us, but it’s important to bond together and realize we have lots of fights to fight. We feel the community definitely senses that.”