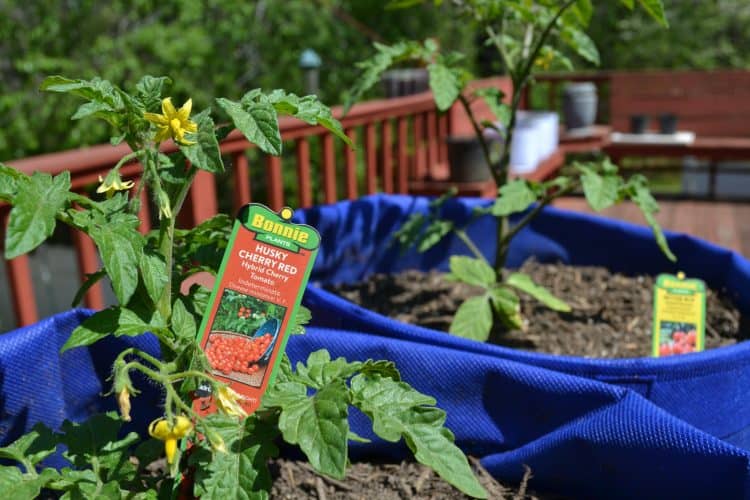 Spruce up apartments for spring with container gardens

It’s easy to envision a vibrant lawn and sprawling, raised-bed vegetable garden if you’re an Atlanta homeowner. But for the city’s ever-growing number of apartment and condo dwellers, there are plenty of ways to capture the spirit of green space in a more concise area.

One such way is the use of creative container gardens for vegetables and herbs on patios, window boxes and porches, said Robert Westerfield, a Cooperative Extension horticulturalist at University of Georgia-Griffin.

“The sky’s the limit,” Westerfield said.

There’s not much that can’t be turned into a container garden for vegetables: reusable cloth shopping bags, teapots and teacups, treated wood window boxes, hardware store buckets, hanging baskets — and those are just the beginning. About the only thing he doesn’t recommend is tires, which can leach chemicals into the veggies.

No matter what home gardeners select to grow in, Westerfield said it’s imperative for containers to have good drainage systems. These can be holes in the container, or in the case of reusable cloth bags, made from material that aerates the soil inside and doesn’t hold moisture.

“If it does not have any drainage holes, they’ll have to accomplish that themselves,” Westerfield said, adding the ideal spots for drainage holes is on the side of containers. “It minimizes any soil contact underneath the container where possible soil-borne diseases are, but having them on the bottom is better than not having any at all.”

Bad soil can spoil a garden

He advised avoiding pine bark soils, which tend to be hard to keep moist, and said his ideal mixture for a container garden is good topsoil mixed with compost and manure.

Vegetables like okra or corn, which grow on stalks, don’t do as well in containers. But vine-growing crops — tomatoes, cucumbers and eggplants, for starters — are more amenable to the environment, as are peppers.

“Most vegetables — tomatoes, peppers, whatever, that are fairly large-sized, would do best in some type of container that is at least five gallons in size, like a Home Depot bucket. You can do it in smaller, but sometimes things get kind of top-heavy,” Westerfield said.

He advised using containers with at least a foot of depth for roots to develop.

For vegetable planting, Westerfield said to keep containers in full sun and not directly on top of hard concrete surfaces, as those tend to reflect heat back into the plant. Turning the containers occasionally helps plants remain balanced, as they tend to be heliotropes, meaning they grow in the direction of sunlight.

When it comes to arranging containers on the deck, don’t let smaller plants get overshadowed by the larger ones to the point they don’t see the sun. Westerfield said also not to jam too many seedlings in one container, as it can minimize air flow and damage the plants.

For some herbs, however, it’s possible to put multiple plants in one container. Westerfield said rosemary, however, may be best to plant on its own, as it “turns into a freakin’ shrub.”

“If I was kind of looking just for an aesthetic container, I’d put a bunch of herbs in the spot. For the most part, you’re going to get away with it. You won’t get high production out of it, but enough to get a few dishes,” Westerfield said. “If you’re a big cook … I’m going to probably basically dedicate a container for [each herb] so I can maximize the size of the herb and I can continue to pick.”

Herbs such as cilantro, garlic and parsley prefer cooler temperatures, and warmer-temperature herbs are basil, oregano and thyme. Westerfield said herbs can be perennials and grow back every year, or they can be annuals, which must be replanted each growing season, so it’s important to research the life cycle of desired varieties.

Westerfield said what makes the real difference in a successful container garden isn’t whether or not the seeds or seedlings — called transplants — are organic. It’s how the gardener cares for the garden.

“You can buy non-treated seed all day long, or you can buy treated seed. Treated seed is green with a fungicide on it. It aids in germination for root-rot diseases,” he said. “I think the organic thing needs to be looked at as a way to manage and take care of the plant, but not so much to look at on the front end. It’s not real difficult if you do a few things right.”