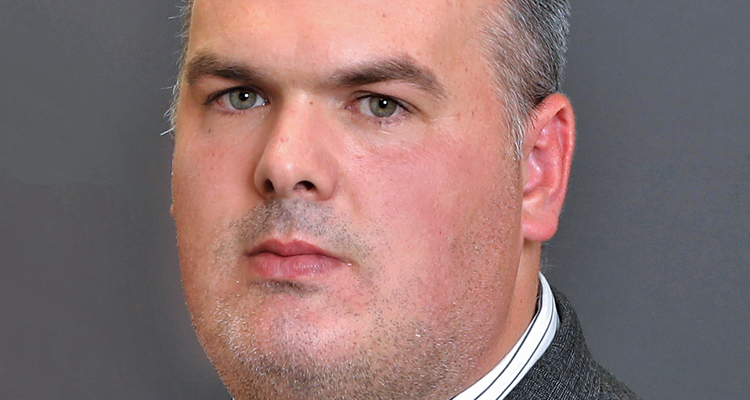 Georgia’s General Assembly is barely back in session, and there’s already a bill being hailed as anti-transgender.

House Bill 747 was pre-filed in December by Rep. Philip Singleton (R-Sharpsburg). It would require the state’s public school athletic associations to ensure teams specifically called “boys’ teams” only have teammates who were assigned male at birth and “girls’ teams” with teammates assigned female at birth. The bill’s teeth come in the form of prohibiting a “boys team” with a trans or nonbinary athlete who was assigned female at birth – and vice versa for a “girls team” – from utilizing public and government facilities for athletic competitions.

LGBTQ activists and allies call the bill an attack on transgender individuals and say it will ban trans student-athletes in Georgia high schools, but Singleton said that’s “a wildly inaccurate statement.”

“My bill doesn’t ban anyone from competing,” he said. “If the athletic associations deem that they want to open it up to non-biological males or non-biological females, then they just need to change the rules of the association and make sure they’re being forthright with parents and students, and say, ‘Hey, our sport is non-gender specific, or you can be gender-fluid and participate in our sport.’ My bill allows the associations to do that.”

Singleton said he’s concerned about transwomen athletes dominating in their sport over cis-women and said the bill aims to level the playing field for athletes of all genders.

But that doesn’t pass the “smell test,” said Atlanta mom Leah Davis, whose child Ricky identifies as nonbinary. She said lawmakers’ efforts would be better spent protecting trans Georgians rather than enacting legislation in “this one area where there might conceivably be some incremental advantage.”

If HB 747 passes, GHSA “is either going to be in the very unpopular position of standing by a few trans athletes and calling a sport a co-ed sport, or they’re going to designate it male and female and be in the position of policing what is under somebody’s shorts,” Leah said.

The Davises know firsthand what it means to face gender discrimination in athletics. In seventh and eighth grade at their school in DeKalb County, Ricky wasn’t allowed to try out for the basketball team.

“We brought up the law stating that you must accommodate if you don’t have a sports team of their gender, so even if I did identify as female I should still be able to try out for the boy’s team just because they don’t have a girls team,” they said.

The school accommodated by adding a cheerleading squad, which Ricky went full-force with for two years, until she asked to wear pants instead of a skirt. Ricky was told no because it wouldn’t be “uniform” if all the squad wasn’t wearing skirts.

“I said, ‘If a guy was on the cheer squad you’d let him have pants because you wouldn’t want a guy in a skirt. It will still be uniform if it’s in the right colors and design and everything.’ And their response was, ‘You’re not a guy,’” Ricky said.

Does ‘fair and equal competition’ Equal Gender Equality in Sports?

Singleton said the bill assures “fair and equal competition” based on biology, and that students have an expectation about who their competition is based on the delineation of a team. His son, for example, wrestles for USA Wrestling, which is co-ed.

“Although it’s predominantly young men that wrestle, there are some young women. So there’s a reasonable expectation for me as a parent and him as an athlete – he knows he could go up to a match and face a young lady,” Singleton said. “We don’t have a problem with that because the expectation is set.”

Ricky told Georgia Voice they’re not sure having all sports gender-neutral would be as effective as intended.

“It’s good in theory, but in practice I don’t think it would be executed at all, just because of a bunch of different boundaries,” Ricky Davis said. “The coach might not let them on the team even though they were great; peer pressure could stop [trans athletes] from trying out; some teams just might end up all one gender.”

Leah is concerned about the trans athletes who lived as their true selves for most of their school years.

“In the case where the official documents do show sex and the sex hasn’t been able to be legally changed, then the school will be forced to out a student-athlete to the state sport authority to comply with that law, which would be incredibly damaging,” she said.

GHSA defers to schools to make the call on which teams trans athletes can compete on. It’s unclear whether or not that policy will be able to continue should HB 747 pass, as the bill would require a sport to be non-gender specific if a trans athlete were to play and the team will be able to utilize publicly-funded facilities like high school gyms and locker rooms.

“A representative’s job should be to make good public policy and good laws; see what society needs,” Leah said. “I just think this is energy on an issue that isn’t an issue, when there are so many areas where minority and vulnerable populations are not protected.”