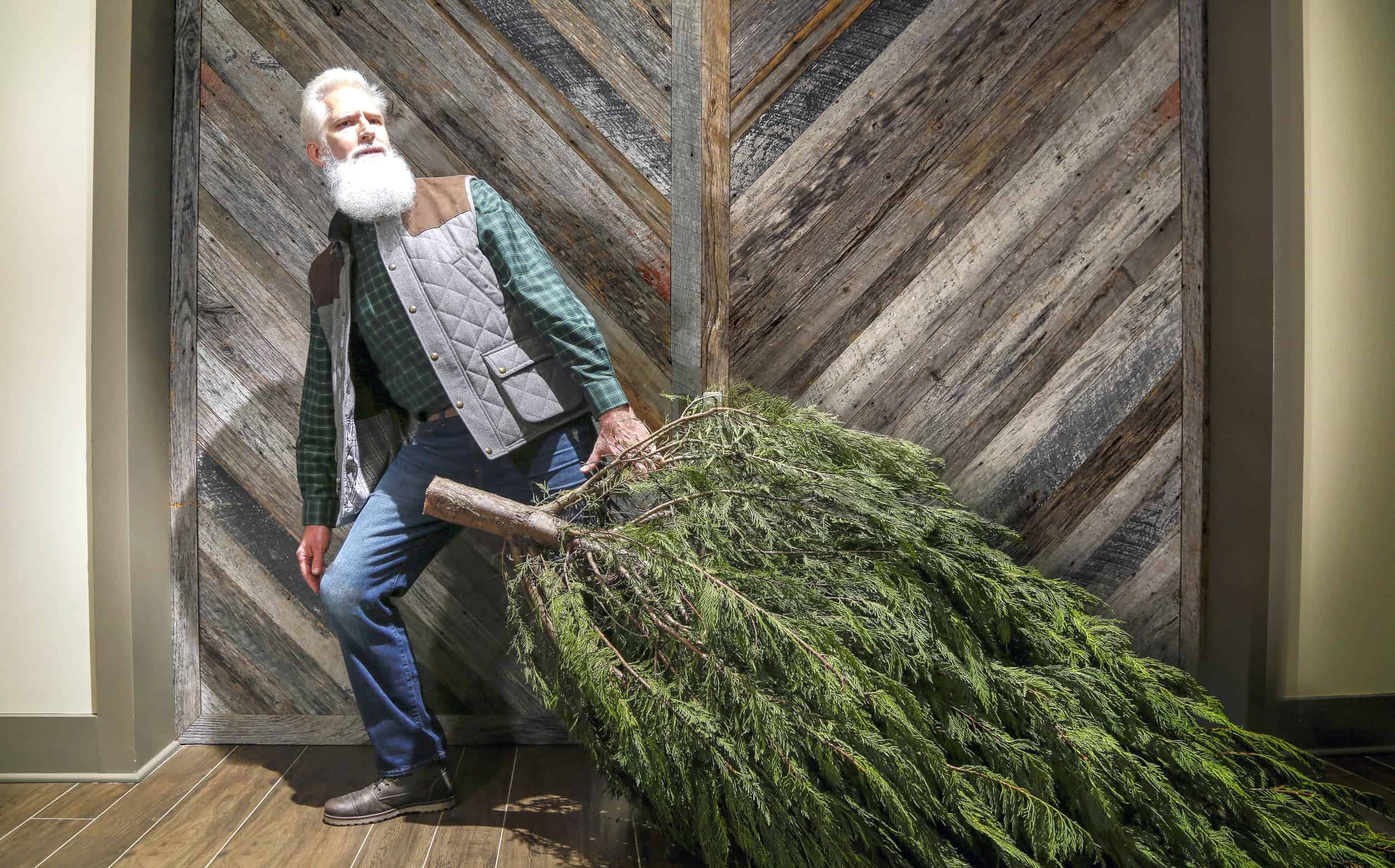 One can be forgiven if they don’t immediately see a Santa when they look at Daniel Slack. At 6’4”, with soap opera good looks and a svelte waistline, the Wisconsin transplant doesn’t exactly jibe with the traditional image of jolly St. Nick.

But fans say you need only encounter his won’t-quit holiday cheer, and of course the perfectly coiffed white beard, to understand why he’s become a hit as Emory Point’s very own Stylish Santa. This month, he’ll begin his second season playing the character, a fashion-forward take on the traditional Christmas elf that the Clifton Road mixed-use complex’s team said is perfect for their diverse crowd.

Their audience of largely college students and hip diverse 30-somethings has given Slack a hearty thumbs up: An associated social media fundraiser raised $2,500 for the American Cancer Society’s Hope Lodge last season.

Once again this year, Emory Point will donate $1 for every selfie taken with Stylish Santa and posted on social media with the hashtag #epstylishsanta. And once again, they anticipate runaway participation from people intrigued by Slack’s unique brand of fashionisto Santa swagger.

The idea grew from a similar campaign at a Canadian mall. When Schuch saw an article about that campaign, she was struck by how much their Sexy Santa resembled her longtime friend, Slack. She eventually floated the idea that Slack give it a try for Emory Point’s younger, multicultural audience.

“I said, ‘Santa wouldn’t really work at Emory Point but Stylish Santa might be kind of a fun twist on things,’” she said.

Since then, the campaign has included a series of appearances at Emory Point as well as a photo shoot that turns up the style on the typical Santa imagery. Red velvet waist coats and black shiny boots are replaced with a camel blazer, smart seasonal sweater and snappy slacks. Meanwhile, Santa has gotten a much nicer haircut.

So how do people react to a thinner, sexier Santa? Slack said the adults love it. And even the occasional child visitor is intrigued — despite his paucity of Santa-like paunch, red velvet suit or sleigh.

“When they see this look they just identify with a person,” the openly gay Slack, 55, said. “It doesn’t matter that I look different — to them it’s still Santa!”

Stylish Santa will appear on the property starting Nov 19. Visit www.emory-point.com/events-promotions for the full schedule.