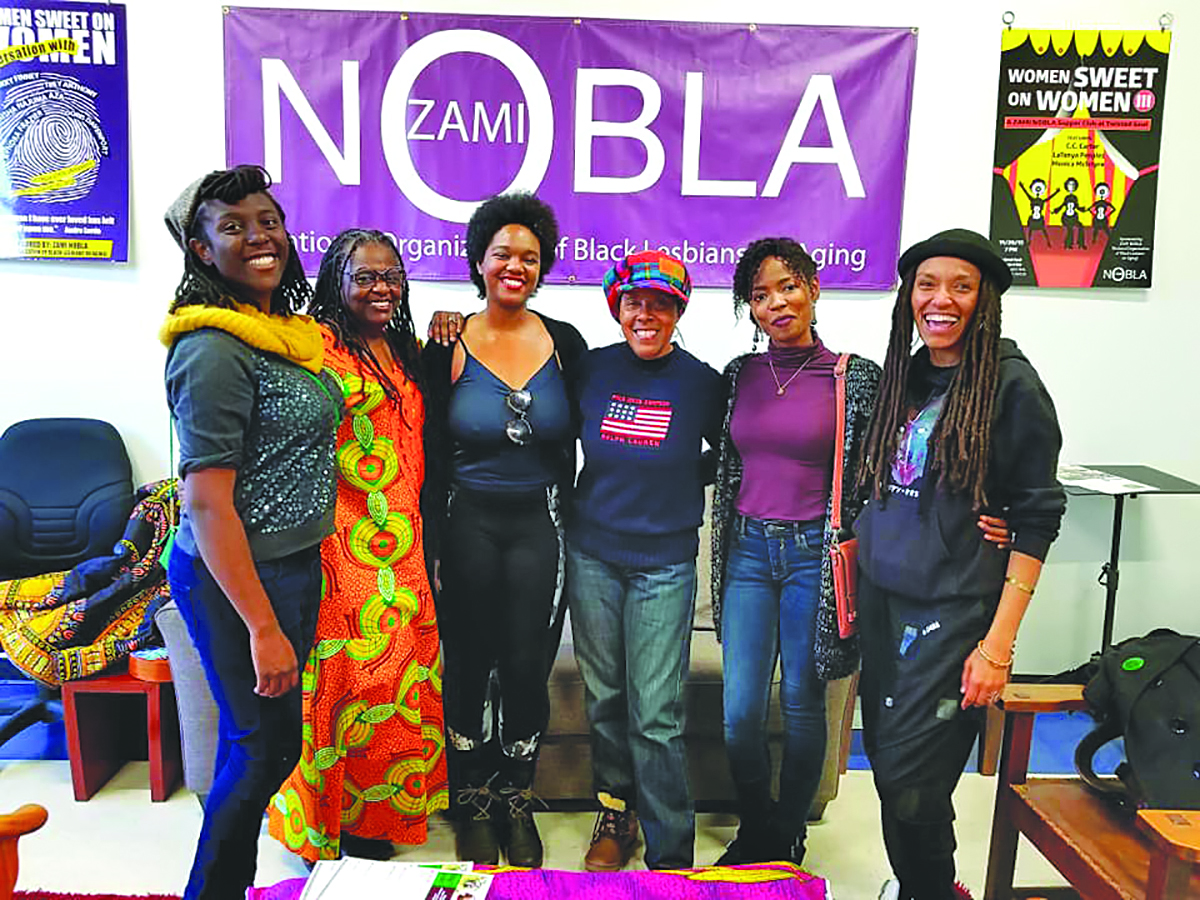 The Herstory of ZAMI NOBLA

When Mary Anne Adams, the founding executive director of ZAMI NOBLA (The National Organization for Black Lesbians on Aging), came to Atlanta in 1988, the city’s landscape for Black lesbian women was far different from what we see now. She moved to what we now deem the gay mecca of the South in search of herself and a community of women like her, but it proved to be more challenging than she expected.

“When I came here, it was very difficult to find a community [of Black lesbians doing the work I was doing]; they were very closeted,” Adams told Georgia Voice. “People didn’t feel safe [to be out] in terms of their livelihoods, in terms of being in their blood families, in terms of their housing situations. There was a lot of fear, so much so that people were really insular. It was challenging, initially, to find those women.”

Growing up in Mississippi, Adams was actively involved in Black organizing. It was this organizing experience that built the community she was looking for and eventually led to the foundation of ZAMI NOBLA itself.

“Because I was an organizer, I was able to develop a pact with the women [I met] to say, ‘We need to be more visible. We need to be more out,’” she said. “We developed this pact where there were those of us who would be out, and the other women who didn’t feel safe, for real and factual reasons, would be in the background. That worked really well. We would meet at Charis Bookstore, which was a safe and inviting space but also a good cover for women who needed a cover.”

“After about ten years or so, [ZAMI was] running out of steam,” she said. “I looked around and noticed we were aging in place. A lot of the sisters I would normally see out and about were slowly disappearing from the Atlanta LGBTQ landscape and they were going in — into themselves, into their homes, into their relationships.”

Thus came ZAMI NOBLA’s inception in 2011. The organization uses collaboration to create a space where lesbians over 40 feel heard, seen, and valued. Flash forward to 2020, and ZAMI NOBLA is working diligently to preserve the herstory of the past and create a herstory for the future.

To do this, ZAMI NOBLA is amplifies the voices of older lesbians through their podcast, hosted by creative director Angela Denise Davis. “We call it the sound source for Black lesbian herstory,” Adams said. “We’re going around the country, and we’re interviewing women, particularly sisters who are in their 70s and 80s.” There are almost 40 interviews to listen to with women like Harlem activist Dr. Wilhelmina Perry, composer and musician Mary Watkins, and psychotherapist and writer Dr. Lourdes Dolores Follins. Interviews cover everything from Black LGBTQ health and cannabis to radical activism and meditation.

Along with its podcast, the organization is conducting community-engaged research and hosting cultural events to bring people together.

Community outreach programs offered by ZAMI NOBLA include a music program that brings in women from around the country for free ukulele lessons, sponsored by Atlanta Pride; a free ukulele class for Fulton Country residents, open to everyone 18 or older, which will launch in October; a live online yoga class, tailored to women over 40, every Thursday; and the Audre Lorde scholarship fund, a $1,000 scholarship for Black lesbians 40 and older who are going back to school. It’s through these programs and more that ZAMI NOBLA creates the space for open collaboration and community.

“We believe that collaboration is the reason we do our work,” Adams said. “I believe that the only reason we are on this planet is to help one another. Why else?”

ZAMI NOBLA issues an urgent call for local, state, and federal governments to strengthen and reinforce policies and practices that work toward filling the gaps in the public’s knowledge about lesbian aging and health, and help make visible the lived experiences of black lesbians. For more information, visit zaminobla.org. Listen to the ZAMI NOBLA podcast at zaminobla.libsyn.com, and register for the virtual Slow Your Roll yoga class by viewing this article on our website here.