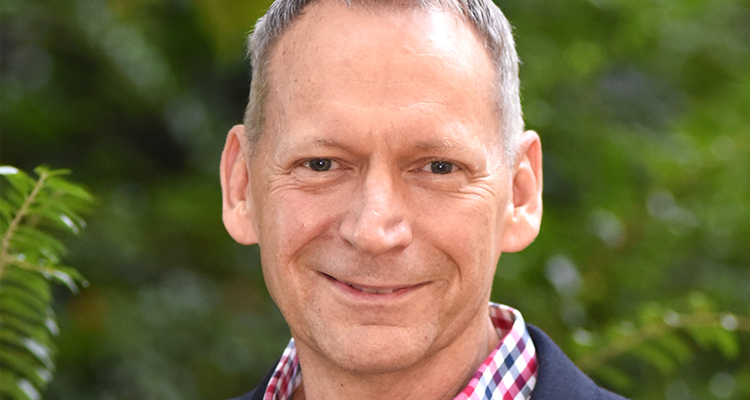 The Historical is the Personal

Katie Burkholder
Community
November 4, 2021
LGBTQ history through the eyes of one gay Atlantan

Tone Lane has spent his life having fun. The 64-year-old worked as a professional clown, touring with his own one-man show for 18 years. He now teaches theater at the Midtown International School, where the self-described “proud gay man” heads the Gay Straight Alliance.

Since coming out 40 years ago, Lane has had what he calls the “blessing” of living through decades of ever-changing LGBTQ history.

“I have been blessed enough to witness the many decades of gay life,” he told Georgia Voice. “I see how society and the gay life has morphed into a different kind of social and personal existence.”

The world Lane grew up gay in was drastically different from the world we know today — but a harsher social climate never prevented him from finding a way to live his truth.

A testament to the timelessness of self-acceptance and community

Lane came out in the early ’80s, a significant time period for LGBTQ history. It was the peak of the HIV epidemic, which ripped through gay communities and publicized gay sexual life, opening the LGBTQ community up to even more stigma, scorn, and assumptions of depravity. Homosexuality was deemed “incompatible with military service” by the Army in 1982 (a finding that was revoked in 1989). Harvey Milk, the first openly gay elected official in California, was assassinated only four years before, in 1978. Homosexuality wasn’t effectively legalized in Georgia until 1998 with Powell v. State of Georgia, which found that an individual’s right to privacy trumped antisodomy laws.

However, mainstream homophobia never stopped Lane from accepting himself and living his truth; thanks to “a strong circle of support through friendships,” Lane came out “freely and without any hesitation.”

“There was nothing intrepid about me coming out,” he said. “I realized quickly that [being gay] was who I am.”

Lane’s radical self-acceptance is a testament to the truth about the historical context upon which our current LGBTQ community is built: despite hardships, LGBTQ people have always looked out for themselves and each other. This was done not only through friendships and chosen family, but with community-building in gay-only social spaces.

“[The gay bar life] was a safe haven, a go-to, where you knew everybody was going to be there and you could feel safe and have fun,” Lane recalled. “I always found my place in these establishments.”

Lane said that, while bars are still a home and safe haven for LGBTQ people today, they are now “wide open in terms of how people come into the space and how they socialize — it isn’t exclusively LGBTQ anymore.”

The transition into the mainstream

Despite being a self-proclaimed “glass half full” kind of person, Lane never expected same-sex marriage to be legalized in his lifetime. The historic 2015 moment brought him to tears and significantly changed the trajectory for LGBTQ life.

“I cried,” he recalled. “I was extremely emotional about it. It was amazing for me.”

Lane believes the Obergefell v. Hodges decision was the impetus for the entrance of LGBTQ issues into the mainstream — something he is shocked but pleased by.

“Life has changed dramatically, and it’s a mainstream shift,” he said. “The business sector is more involved. Our politicians are more involved. The fight for equality and gay marriage and winning that turned LGBTQ in a really amazing direction, but it also stood it on its ear a bit. I personally love it, but it is a shift.”

In only a few years, Pride celebrations shifted from intentionally scandalous gestures of dissent to corporate-sponsored, family-friendly events — much to the dismay of the more radical older gay folks, Lane not included.

“Our celebrations are much more dignified [now],” he said. “There was a time when people would walk down the street nude. Now, our parades are filled with children — and I love that.”

While society has changed drastically over the last 40 years, with LGBTQ acceptance becoming more in vogue than ever before, there are still significant disparities between cis-het and LGBTQ experiences. Lane, who lives in Pittsburgh — a neighborhood just south of downtown Atlanta — said he’s experienced considerable backlash to his sexuality from neighborhood associations.

“There were many neighborhood association [meetings] where I had to stand up for myself [after being negatively called out for being gay],” he said. “I turned to City Hall for help, and I didn’t get it.”

This struggle, which has lasted since last year, symbolizes to Lane the need for institutions that are interested in advocating for LGBTQ people. Mainstream acceptance was only a short time ago unimaginable, but there still remains an imbalance between LGBTQ and non-LGBTQ life that needs to be addressed.

“It all starts with leadership: our government, our neighborhood associations,” Lane said. “These are the pillars of [achieving] what can come close to perfect[ion] — when diversity training is enacted within these spaces. It’s about looking out for human beings in a proper way, even if you don’t live that way.”