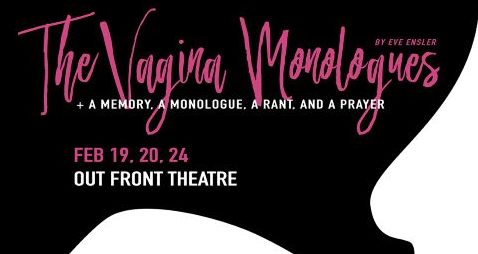 The final showing of Bad Seed Theatre’s “The Vagina Monologues” will be on Sunday, February 24 at Out Front Theatre at 5 P.M.

“The Vagina Monologues” is an award-winning production inspired by interviews of over 200 women that celebrates the sexuality and strength of women and raises awareness around violence against them.

“It is really important to me that this production be inclusive of all types of women: black women, white women, Latin women, Asian women; gay women, straight women; young women, older women; trans women, cis-gender women; tall women, short women,” said Director and Co-Producer Kirstin Popper. “It creates a sense of universality in the message. These stories could be anyone.”

“It was critical to have a full cast of trans women to perform the monologue, ‘They Beat the Girl Out of My Boy, or So They Tried,’” Popper continued. “I felt that trans actors could connect with the material on a core emotional level and that this authenticity would come through to the audience.”

“Further, I knew it was vital to integrate these actors throughout the show,” she added. “This is an underrepresented group of women, and I knew it was important to give them a voice and include them in this show.”

Bad Seed has produced this show seven years in a row, and this year’s production will include original monologues from three local activists and sexual abuse survivors.

Sunday’s show will be preceded by a companion piece, “A Memory, A Monologue, A Rant, and A Prayer,” at 3 P.M., which will present a collection of powerful monologues from world-renowned authors that focus on violence against women and girls.

Tickets are $20 for either of the shows or $30 for both. 100 percent of proceeds will be donated to women’s charities, with 90 percent going to Camp Cadi, a local non-profit that works with sexual abuse survivors.

For tickets, go to www.bigtickets.com/events/badseedtheatre.