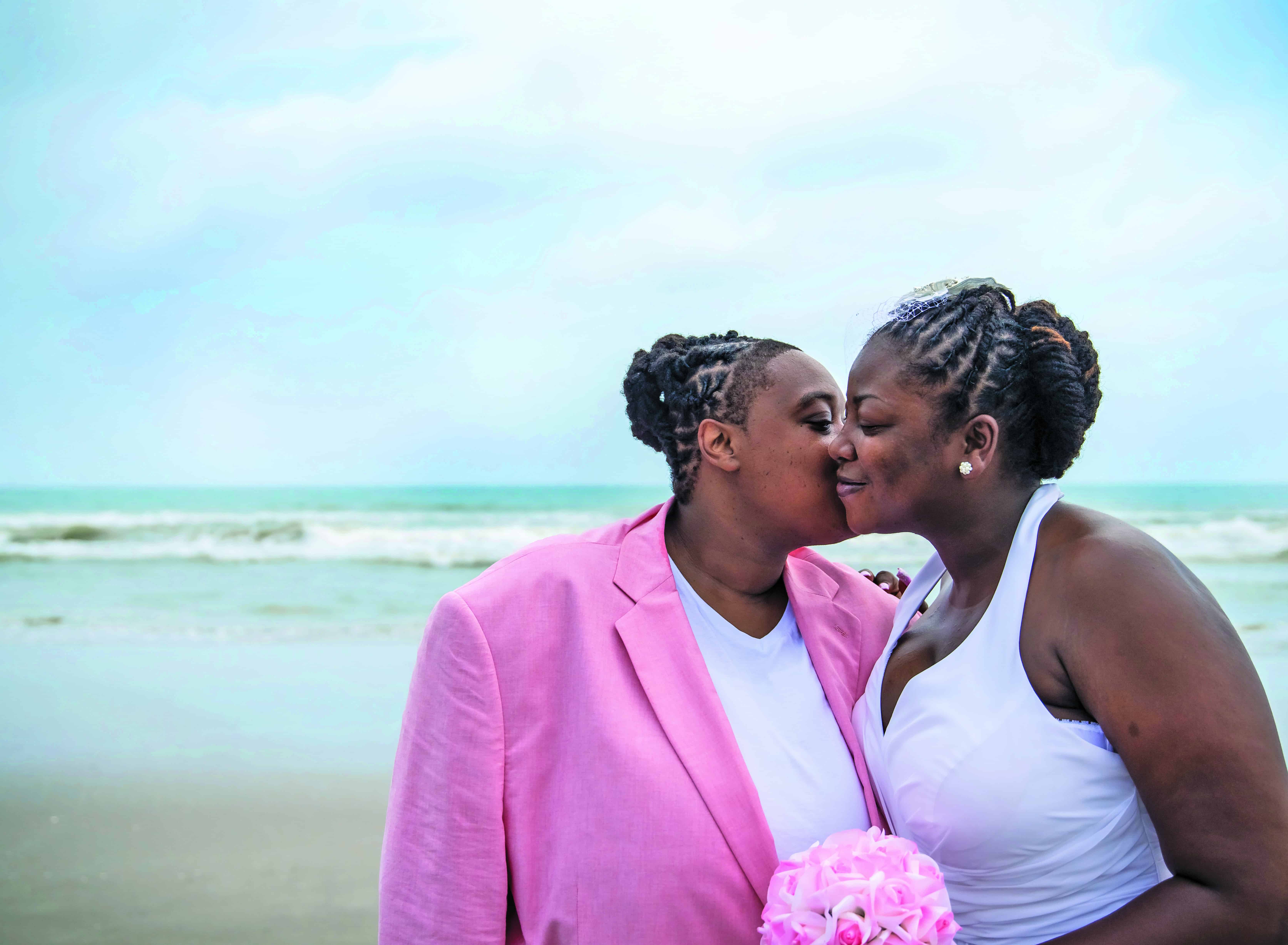 Weddings on a Budget

Getting married may mark one of the happiest days of your life but getting the bills later can send even the most financially stable couples into panic mode. From caterers and seating to the venues and clothing attire, it can push the average cost of a wedding past $30,000. The biggest gift many couples get after a lavish ceremony can be mountains of debt.

It’s a reality that hit home for Kelley Peurifoy-Rainey. So, when long-time girlfriend Sharonda Rainey popped the question, the College Park resident immediately went into couponing mode – finding discounted flowers, budget dress options, and even online party favors. A year later, the couple exchanged vows in a simple but sweet Myrtle Beach ceremony that her friends still talk about three years later, all for under $5,000.

Even in the “Say Yes to the Dress” era of glitzy nuptials splashed across social media, Atlanta wedding planners say more and more couples are cost-cutting. They’re opting for package wedding deals, abbreviated menus and smaller guest lists that allow them to celebrate their love without going broke.

“People want to have a great or a beautiful wedding, but they don’t want to spend a lot,” said Janice Johnson, owner of Jus-So All Inclusive Events, in Decatur. “I’ve seen more of ‘What can I do on a budget because I want to live after my wedding!’”

The good news is, there are more ways than ever to get married on the cheap – without looking cheap. Start by being more flexible on the day of the week, said Maya Wooten, whose Atlanta-based company Wooten Wedding Management has helped LGBTQ couples looking to spend wisely. While Saturday is a natural choice, Wooten said Friday, Sunday or even Thursday weddings can be considerably more affordable. Double down on savings by trying a non-traditional time of day. “Have a morning wedding so you can have a brunch reception,” she said. “Generally, brunch foods can be a lot less expensive.”

Focus on a simple but scrumptious entrée, Johnson said. Cut out non-essentials like the dessert table – “Nobody goes to dessert tables,” Johnson said – and nix the time-honored open bar. “I typically recommend having a signature drink only – the couple’s favorite drink,” she said, explaining that one change typically lops $3,000 off expenses.

Another easy cut: Photographers. Johnson said encouraging guests to take pictures and post to social media with a signature hashtag is a smart way to cut costs while getting many unique shots. “Now you’re telling the photographer I only need you for two hours versus eight hours,” she said.

It’s easy enough to chop the menu and get married in the middle of the week. But what about the flowers, officiant, music and a million other little details? “Get an all-inclusive venue,” Wooten said, explaining that such venues are often attractive enough that they don’t need expensive decorations. When decor is a must, Wooten said consider floating candles or even feathers for stylish centerpieces.

LGBTQ couples spent an average of just over $17,000 for wedding ceremonies in 2017, far less than the $33,000 average for straight couples, but it’s a number that’s been rising all the same, according to wedding planning website Theknot.com.

For Peurifoy-Rainey, who lives with a chronic illness, taking on thousands of dollars in wedding expenses was out of the question. Instead, the couple looked online and found a company offering beach wedding packages with officiants, decorations and even photographers.

She found a $400 silk flower package on Etsy that included bouquets and boutonnieres. For dresses, Peurifoy-Rainey got particularly creative by taking her bridesmaids to a local wedding store – but only to window shop. “I let each one of them pick out a dress, but they didn’t get it from there. We ordered it online because they were cheaper,” she said, chuckling. “We were workin’ it!”

Peurifoy-Rainey purchased a simple cake and took her small wedding party to a seafood restaurant afterward. The total: $4,890. “We’ve been having to really budget now,” said Peurifoy-Rainey, who recently had a medical emergency. “We’re glad we didn’t go too far into debt.”

For brides or grooms without as much free time to pull together a wedding, Wooten suggested working with a wedding planner that can offer a la carte services rather than a big expensive package. Both Wooten and Johnson agreed that all but the craftiest brides and grooms should avoid trying to DIY an entire wedding. And ultimately, it’s always better to delay the ceremony than to go too cheap. “Even if you’re trying to be on a budget,” Wooten said, “you still get what you pay for.”