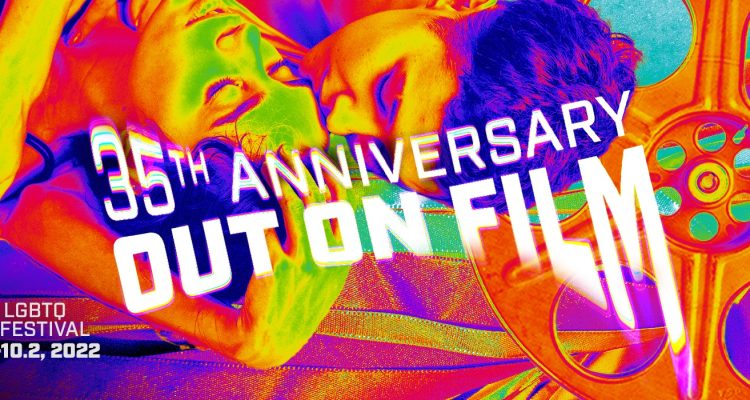 Welcome to Out On Film 35

In 1987, I was a senior at the University of Georgia. I knew I was gay. Heck, I think everyone who knew me knew I was gay. But I didn’t know if I would ever feel comfortable enough being out. A few years later, I finally had the courage to come out, and a gigantic weight leapt off me.

In Atlanta in 1987, conversely, a group of community activists — including Rebecca Ranson — started Out On Film, Atlanta’s LGBTQ film festival. It began as a series of weekend events and stand-alone screenings for films that might not otherwise play in the area. This was a different era, one without streaming services and channels with LGBTQ content. As well, not that many LGBTQ films were being made. Out On Film’s initial foray into programming was successful, and the organization kept on growing, in different hands and under different umbrellas, including SAME, IMAGE and the Atlanta Film Festival.

Thirty-five years later we’re still around, thanks to the work of Ranson and so many individuals who’ve kept the organization going.

I took the reins as festival director in 2008, when the Atlanta Film Festival gave up the festival. It’s been 14 glorious, maddening, demanding, and satisfying years. I had no idea what I was getting into, nor did my husband Craig, who became board chair the year after I stepped in. We thought running a film festival was all fun and games. Little did we know.

A lot has changed in the film industry since 1987. I grew up watching movies in the ‘70s and ‘80s, and almost every feature I saw with an LGBTQ character was a negative portrayal. “Cruising” was an early film I watched, and my inner gay boy thought, “This is what I have to look forward to?” “Making Love” was an important film, but its three leading characters wound up all going separate ways. Then I went through a period of movies dealing with HIV/AIDS where the main character died at the end (that was the sad reality back then). These days, we can have happy endings and — dammit — we deserve them.

Some people ask why we still put on a film festival. After all, LGBTQ content can be found all over network TV and streaming channels. The bottom line is that it’s still needed. It’s no secret that the majority of patrons who attend film festivals are aged 35 and over. Why? Because we know the importance of doing so. Many of us grew up longing for representation, for someone we could relate to, and that wasn’t always available. We also grew up in an era where there wasn’t the internet or dating and hookup apps where we could find similar people feet from us. We had to seek out safe spaces.

A film festival is, indeed, an opportunity to see great films from all over the world, and in that sense this year’s 35th annual Out On Film doesn’t disappoint. We have a wonderful lineup. We open Out On Film 35 with a bang: Nicholas Stoller’s Bros, the first romantic comedy from a major studio about two gay men maybe, possibly, probably, stumbling toward love, co-written by and starring Billy Eichner. Our closing night film is Todd Flaherty’s remarkable Chrissy Judy and we return to in-person awards with the presentation of our Icon Award to the amazing Colman Domingo, a recent Emmy Award winner for “Euphoria.” I am super excited about all these events and others.

But Out On Film is also about the experience of coming together and being with your tribe. The bulk of our patrons come from metro Atlanta, but we do have people attending from around the state and other Southern cities. And with streaming, all over the nation. For many of those people, they aren’t able to be out at home or at the workplace and Out On Film offers them a safe haven. Nothing beats the feeling of someone seeing a film and feeling — for perhaps the first time — that they are not alone, or bringing together patrons who may only see each other once a year at the festival. That is perhaps the most satisfying element of doing what our team does.

To learn more about Out On Film, visit outonfilm.org.