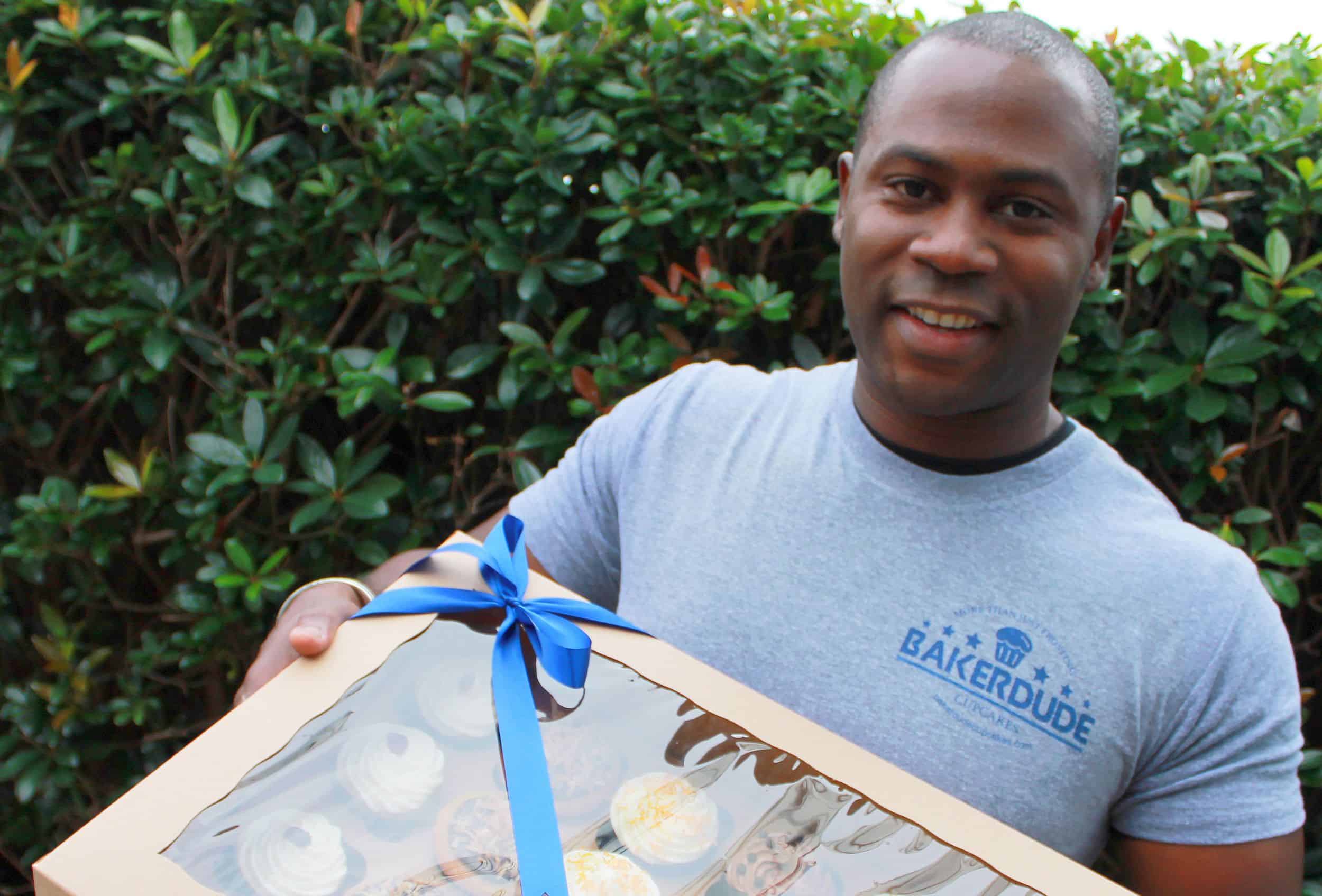 Cupcakes. They’re sweet, colorful, fun to hold — and can often be pretty gross.

Well, maybe not that bad, but darn close, said Atlanta baker Orran Booher, a Caribbean transplant who has made it a personal goal to improve the city’s cupcake crisis. For one, he said, cupcakes across the city are too frou frou. The flavors are often not on point and the actual cake is meh.

Perhaps worst of all, there’s just way too much icing.

“It’s just frosting slapped onto a cake and the cake itself is nothing … you find people wiping off half the frosting,” said Booher, who responded by starting Baker Dude in his home in late 2015.

A few years later, the brand has grown so successful that Booher is opening a 1,400-square-foot bakery cafe in Grant Park’s Beacon Atlanta development this spring. The 30-seat cafe will carry cupcakes as well as sandwiches, breakfast items, coffees and more.

It’s been a fast track for for the cottage brand. The baker’s recipe for success? A dash of strong marketing, a sprinkle of stylish packaging and a generous scoop of baking from the heart, he said.

Inspiration from King of Pops

From top to bottom, the Baker Dude experience has been very carefully crafted.

Customers can choose from one of 14 gourmet flavors, engineered to be a departure from the standards offered around the city. They include the ever popular Menage a Trois, a triple chocolate cupcake that Booher said makes some customers blush.

“It’s nice, it’s presentable and also if you turn it upside down, the cupcake won’t get messed up,” he said. “This is good for people who don’t want to make a mess.”

Even the brand name was selected with careful thought. Initially trying a French-name, Booher settled on his more basic moniker when he saw the success of the simple but memorable King of Pops.

“Baker Dude is like you’re accessible for everyone and it’s a cool name,” he said. “And that’s what I am, I’m a baker dude.”

His path to baking success began as a boy baking alongside his mother in Kingston, Jamaica. Booher would eventually immigrate to New York, where a chance encounter with a recruiter led him to join the Army.

A few years later, he parlayed his military experience into positions in inventory control and purchasing. Booher eventually landed in Atlanta with a successful corporate career. Despite his success, however, there was still something missing.

He would start out in his home, cycling through spots at farmers markets and the SunTrust food court downtown before issues with a production partner forced him to consider the larger retail space.

Surprisingly, it was a friend who suggested focusing on cupcakes to Booher, who was more of a cake man. When he did a few cupcake taste tests around the city, however, he saw plenty of room for improvement.

For one, he said the cakes were spongy rather than light and fluffy. They often had barely a hint of the flavor advertised, he said. And of course, there was the frosting — too sweet and too plentiful.

Baker Dude specializes in “euro-style” cupcakes — not so cloyingly sweet with an attractive, but decidedly less voluminous, puff of delicate frosting on top.

“Most of them are sprinkly and pink and pastel colors and frou-frou,” he said. “[Our cafe] will be nice and clean.”

The result of Booher’s meticulous attention to detail and practical marketing has been runaway success. The stylish cupcakes with a more grown-up feel recently gained a fan in Grady Memorial Hospital, which he said recently ordered 3,500 of the tasty miniature cakes.

When he hasn’t been busy making grown up cupcakes, the father of twin four-year-old boys is busy keeping home with his husband or trying his hand at authoring children’s books.

He may not care much for sugary icing, but he’s loving the sweet taste of success.

“It has been a lot of hard work getting to this place, but it was all worth it,” he said. “The sky’s the limit!”