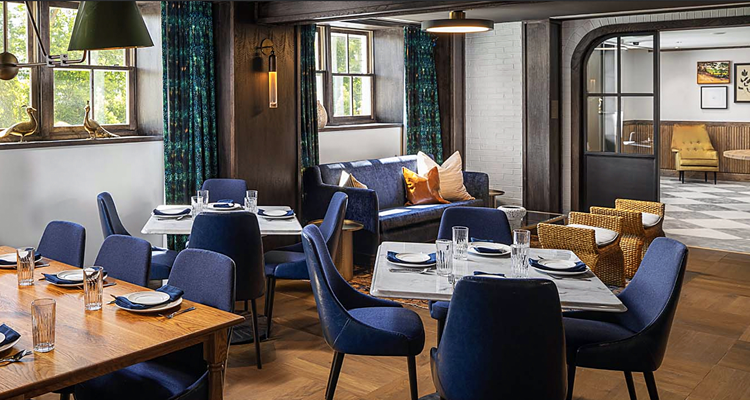 Mrs. P’s Bar and Kitchen is located inside the Wylie Hotel / Courtesy photo

The Wylie Hotel will be hosting historic LGBTQ tea dances all summer long.

Every Sunday this summer, there will be historic tea dances, updated to the 21st century, held at Mrs. P’s Bar and Kitchen inside the Wylie Hotel. Guests will enjoy refreshing summer beverages and tasty treats such as fresh ceviche gazpacho, smoked salmon crostini, Spanish fruit bowl and more while dancing the day away from 3 to 7pm.

Tea dances were afternoon events, originating in ’50s New York, organized to create a space where gay men could meet and congregate. Because it was illegal through the mid-1960s to sell alcohol to people known to be gay, NYC police would conduct raids on bars where they knew alcohol would be served to the LGBTQ community. So, tea was served rather than alcohol.

Around the same time, Mrs. P’s Tea Room opened in the Ponce de Leon Hotel. It quickly transitioned into Atlanta’s first openly LGBTQ bar, known as a leather and western gay bar, years before the Stonewall Riots of 1969. Mrs. P’s is a mainstay of Atlanta’s LGBTQ history — it is known as the home of Atlanta’s first drag show and was where the late Atlanta drag legend Diamond Lil first began performing. The bar was one of the first safe places for LGBTQ Atlantans until a final police raid in the early 1980s closed it down.

Named in homage to its historic predecessor, Mrs. P’s Restaurant and Bar is located inside the Wylie Hotel, which opened in 2021 in the same building on 551 Ponce de Leon Ave NE that Ponce de Leon Hotel used to reside. Mrs. P’s Bar & Kitchen, a refined Southern eatery, is located street side at the forefront of the hotel alongside a sunroom and outdoor terrace.

Valet parking will be offered but rideshare is encouraged. For more information, visit wyliehotel.com and mrspatl.com.