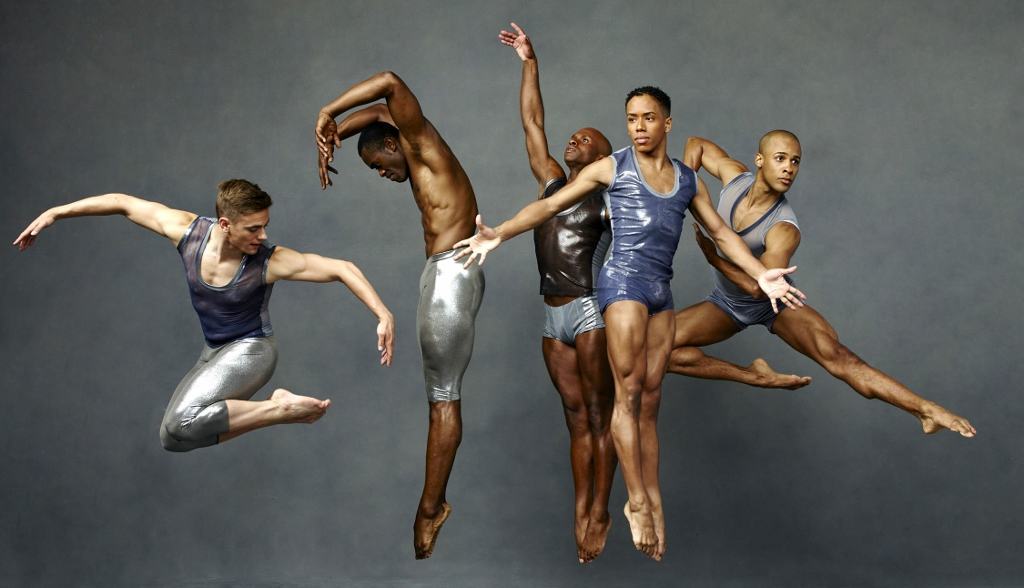 Perfect brown bodies, virtuosic technical feats, and “Revelations” of epic dance proportions signify the Alvin Ailey American Dance Theater’s return on Feb. 10 to the Fox Theatre. “Ailey Week” at the Fox has become a tradition for many dance enthusiasts in Atlanta. The legendary dance company continues to fill the 4,600-seat theatre with each performance, which is no modest accomplishment for an individual star, but it’s expected of the dance company touted as the “Cultural Ambassadors to The World.”

The Alvin Ailey Dance Theater’s reputation is deeply rooted in the work of its namesake, most notably in “Revelations,” a soul-stirring work that chronicles the southern black experience through movement and Negro spirituals. Robert Battle, who is celebrating his 5th season as artistic director, has crafted a delightful season and will be showcasing nine works in Atlanta, including two works of his own, “No Longer Silent,” a large ensemble work set to Erwin Schulhoff’s percussion score, “Ogelala,” and “Awakening,” Battle’s first world premiere with the company since taking over as artistic director.

Other Atlanta program highlights include a return of Ronald K. Brown of “Ronald K. Brown Evidence, A Dance Company,” an Ailey favorite. Brown offers “Open Door,” a work influenced by multiple trips to Cuba, that depicts the heavy influences of that culture, set to the Afro-Latin jazz music of Arturo O’Farrill.

Rennie Harris, another returning choreographic champion, brings a vital work to the repertory through hip-hop vernacular from the streets of Philadelphia for his new work, “Exodus,” underscored by gospel and house music.

To get a closer look into the inner workings of the Ailey Company, Georgia Voice caught up with dancer Daniel Harder, a standout Ailey performer and former protégé of dance industry legend Debbie Allen, ahead of his trek to Atlanta with the Ailey dancers. The Maryland native provides a glimpse into the company’s Atlanta residency and insight into his experience as an openly gay dancer in one of the world’s most beloved modern dance companies.

Georgia Voice: What is it about the Alvin Ailey American Dance Theater that connects most with your spirit and audiences, especially LGBT audiences?

Daniel Harder: What connects most with me about dancing with the Alvin Ailey American Dance Theater is the fact that we are encouraged to embrace our most authentic selves and share that within all of the diverse repertory that we perform. I know that Mr. Ailey often said that his dancers should be reflections of their audiences, and that notion is something that I believe in wholeheartedly. No matter what makeup or background, everyone that comes to an Ailey performance can see, feel and connect with someone or something they witness on the stage … and that’s because we fuel our craft with our own life experiences.

Describe “Revelations'” universal connection from the perspective of a dancer and an LGBT person living a legacy several generations after the work premiered.

“Revelations” connects with audiences all over the world because of its all-encompassing themes. The idea of a journey that begins with the deepest grief and sorrow and ends in a celebration of spirit and joy is something that anyone can relate to regardless of race, religion, ethnicity, or sexual identity (including myself).

As a dancer, I relate to the simplicity and authenticity of Mr. Ailey’s movement. Although rooted in some of modern dance’s more traditional vocabulary, I think the choreography does a brilliant job of highlighting and communicating the journey that the ballet takes its dancers on; whether it’s a contraction showing angst and pain or even the ripple of the arms and spine like water to symbolize the spirit of a baptism. It’s the honesty of the ballet and those principles that provide me the freedom to submerge into a work that has lived on for the last 56 years, and every time I try and bring my most authentic self to it.

Can you share a repertory highlight from the Atlanta program?

There are two works that I am very excited to share with our Atlanta audiences. Robert Battle’s “Awakening” is our artistic director’s first choreographic work since taking the helm of the company, and it explores the ideas of chaos and resolution, dissonance and harmony all to a very propulsive score. Also, Ronald K. Brown’s “Open Door” fuses his signature style of modern and African dance vocabularies with Afro-Cuban jazz music, and I’m sure it will be a crowd pleaser.