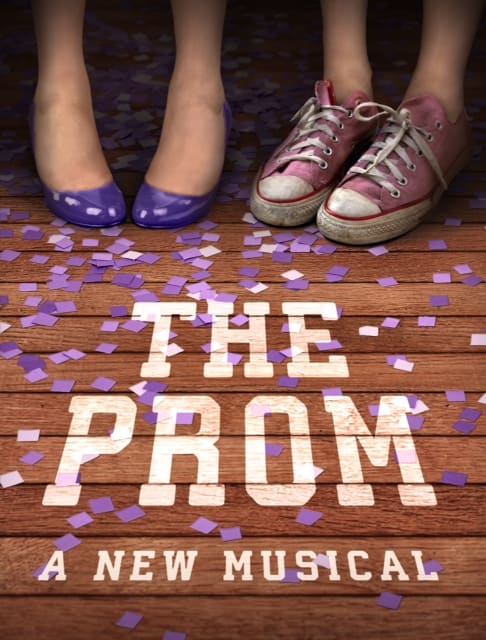 Broadway-bound musical ‘The Prom’ sets world premiere at the Alliance

It’s the most anticipated theatrical event of the 2016 – 2017 season, as well as the gay­est. The Alliance Theatre presents the musi­cal “The Prom” on August 18 and a number of events will lead up to the opening.

In the new musical, teenage Emma makes headlines when she wants to bring her girl­friend to her high school prom with her. Her school, however, is aghast and decides to cancel the prom rather than grant her wish. Wishing to un-do a wrong, a group of fading celebrities – Broadway entertain­ers looking to keep their name in the head­lines – visit Emma’s small town in Indiana to fight the cause. Their activism, though, does more harm than good and the situation gets even more chaotic.

Overseeing the project is Tony Award-win­ner Casey Nicholaw, the openly gay director and choreographer who steered the Alliance’s 2015 world premiere of “Tuck Everlasting” to Broadway just a few months ago. His other Broadway credits include “Something Rot­ten,” “The Drowsy Chaperone,” “The Book of Mormon,” “Elf” and “Aladdin.”

Michael Wynn the Alliance’s manager of community engagement calls “The Prom” an “amazing piece of theater.” “It’s great to have a musical from Casey, who is all over Broad­way right now,” he says. “It’s a great, interest­ing story about all that happens just because a girl wants to take another girl to the prom. It’s about a community coming together, people understanding each other and their differenc­es. It’s also about what you go through when you fall in love with someone.”

On July 20, many of the members of the creative team, including Susan Booth, the artistic director of the Alliance Theatre, Nicholaw, composer Matthew Sklar, libret­tist Bob Martin, and lyricist/librettist Chad Beguelin, will lead “Behind the Musical,” a discussion about the world premiere musi­cal. The lead actress, Caitlin Kimunnen – who plays Emma, was in Atlanta this spring to perform a number at the theater’s Taste of the Season event.

Following the event will be an actual prom, geared for those who might have not actually had the opportunity to take the one they wanted to their own prom, says Wynn. The event is open to all ages and sexual ori­entations. “We are having it for the entire LGBTQ community and anyone else, with­out judgment,” he says.

Wynn wants to make the event as au­thentic as possible. “We are going to try and get it as close to a real prom as we can – dec­orations, lights, a place to take pictures, as well as a DJ and a special performance,” he says. He will also be working with commu­nity partners to provide information/tabling at the event.

The Alliance Theatre recommends dress­ing accordingly for the special event.

“The Prom” is expected to move to Broadway at a later date. Rehearsals will be starting soon.

The Behind the Musical and The Love Wins Prom event are free but reservations are required at alliancetheatre.org/BehindTheMusical.