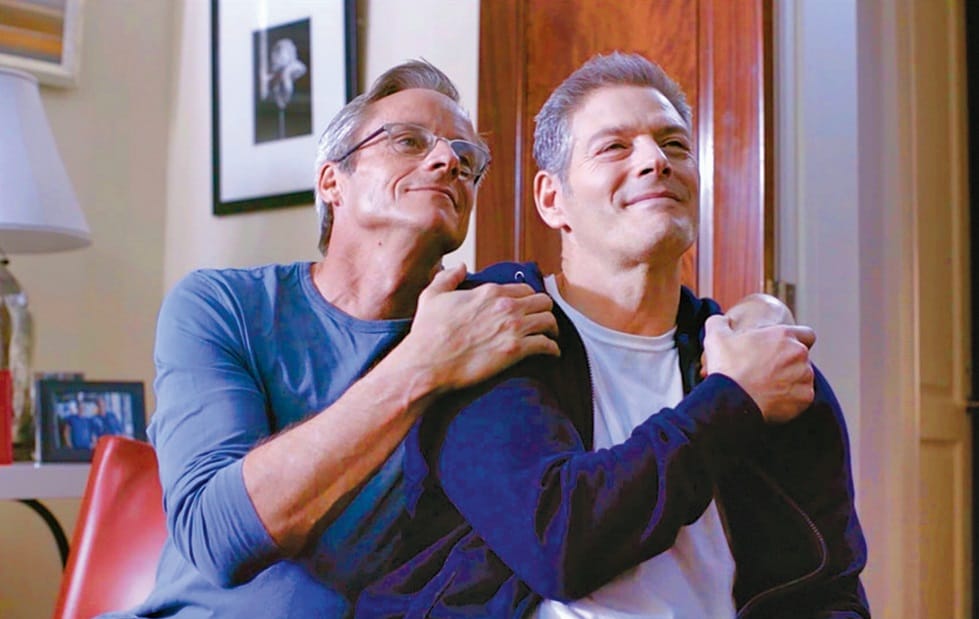 Out On Film in the No-Spoiler Zone 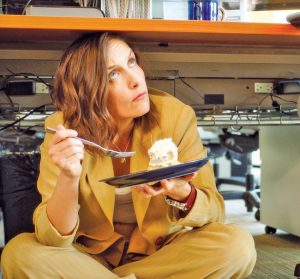 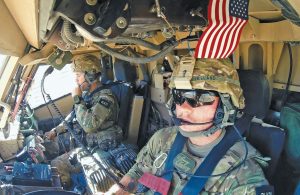 By the end of the slick, professional “TransMilitary,” you’ll feel you’ve met four trans persons —  two FTM and two MTF — and gotten to know them pretty well. You’ll share their victories and disappointments, and maybe shed a tear or two. All four (Senior Airman Logan Ireland, Cpl. Laila Villanueva, Capt. Jennifer Peace, and 1st Lt. El Cook) serve honorably in the military, or did during most of the filming, between 2014–16, when they were still forbidden to serve openly. That changed, then changed back, and the issue is still bouncing around in the courts.
THE QUEENS (**)
(Oct. 6, 5pm, Out Front)
The award for Most Hyperactive Editing Ever goes to “The Queens,” a documentary about Chicago’s Miss Continental USA pageant for female impersonators. Not wanting to leave anything out, director/editor Mark Saxenmeyer bombards us with images (as many as 15 onscreen at one time, for a few seconds) and ideas faster than the human brain can process them. There are clips from almost 40 years of pageants and interviews with contestants, including Atlantans, leading up to the “current” contest, which turns out to be 2011’s. A lot of good material, but it’s 30 pounds of movie stuffed into a five-pound bag.
IDEAL HOME (***)
(Oct. 6, 7pm, Plaza)
For 10 years, Erasmus (Steve Coogan), who hosts a TV cooking show, and Paul (Paul Rudd) have been loving each other and bickering constantly. Enter a 10 year old (Jack Gore) whose father was fathered by Erasmus in the ’80s. Dad’s in jail and he needs a place to stay. Yes, our guys warm to the kid, but things don’t get nearly as sappy as they usually do in these comedies, partly due to all the hard-R dialogue, much of it really funny. Based on his own experience, out writer-director Andrew Fleming entertainingly makes the point that same-sex couples can raise children.
WILD NIGHTS WITH EMILY (**1/2)
(Oct. 6, 7pm, Out Front)
Nobody puts a dick in Dickinson in Madeleine Olnek’s story of the Bull of Amherst. Molly Shannon plays the older version of the reclusive poet in somber, ghostlike fashion, leaving the real acting to Susan Ziegler as Susan, Emily’s sister-in-law and lover. Adapting her own play, Olnek incorporates wonderful bits of subtle humor while the main plot wanders in time, taking too long to explain how the narrator, Mabel (Amy Seimetz) fits in. It’s not as dull as I found Terence Davies’ Dickinson-centric “A Quiet Passion,” but not as original as Olnek’s marvelous “Codependent Lesbian Space Alien Seeks Same.”
FOR IZZY (***)
(Oct. 7, 1pm, Out Front)
Dede (Michelle Ang) is a high-functioning addict (and lesbian) and Laura (Jennifer Soo a lower-functioning autistic. They’re in the Selfie Generation, so we get a lot of their story via blogs, cell phones, etc. When they become neighbors, a romance develops between Laura’s father (Jim Lau) and Dede’s mother (Elizabeth Sung), both natives of Hong Kong. A friendship between the younger women happens more slowly, with Dede learning responsibility and Laura independence. The climax strains credibility but gets us where we want to go. It’s hard to imagine a woman creating better female characters than writer-director Alex Chu has done.
CALL HER GANDA (***)
(Oct. 7, 3pm)
Director PJ Raval’s artfully assembled documentary examines the 2014 murder of Filipina trans woman Jennifer Laude and its aftermath. The accused killer, U.S. Marine Joseph Scott Pemberton, met Jennifer in a bar and took her to a hotel, where discovering her male genitalia enraged him. Until then, no American had been convicted of crimes against natives on Philippine soil; so in addition to “Justice for Jennifer,” some demonstrators demanded the withdrawal of all U.S. troops from their country. Raval helps you process the many facts and opinions by slowing down periodically to focus on people or scenery while soothing music plays.
TUCKED (***)
(Oct. 7, 8pm, Out Front)
A drag queen as old as her jokes, Jackie (Derren Nesbitt) is dying of cancer, with weeks to live. A straight cross-dresser, he’s a widower estranged from his daughter, with no friends. That changes when he offers Faith (Jordan Stephens), the new kid in the show, a place to stay. In their brief but beautiful friendship, Faith proves to be the perfect companion, nurse, and occasional sparring partner. The movie hits most of the right notes in just the right way, staying on the good side of the fine line between sentimental and maudlin.