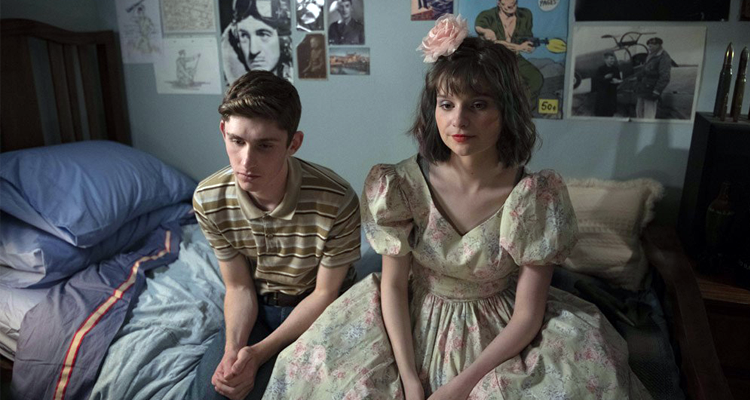 A Bevy of New LGBTQ Films Are Available to Choose From

Between a lesbian holiday rom-com, an acclaimed import, a captivating documentary and an Oscar contender, there is plenty of queer programming on tap recently.

One of the most appealing LGBTQ films of the year is David Freyne’s “Dating Amber,” which was a big hit in Ireland and played a few U.S. film festivals before now being available for streaming. The film follows two high school friends — closeted gay teen Eddie (Fionn O’Shea) and lesbian Amber (Lola Petticrew) — as they begin “dating” to fit in and keep their classmates from harassing them. Director Freyne wrote the script, and it’s based somewhat on his own experience. “I grew up where the film is set in a military family in a military town,” he says. “I really struggled to come out myself and I had a friend who later came out as a lesbian and I later thought how easy it would have been had we faked it. That was the germ of the idea. Some of the embarrassing moments are true to life.”

Ireland during the 1990s, however, was very different. “In terms of being a kid I was very insecure and not any way well formed. In Ireland, homosexuality was only decriminalized in 1993 and the film is set in 1995. These kids grew up in a world where they weren’t just taboo but criminal. That and with how Catholic it was shaped who you were. It was a toxic, difficult environment, but with it there was some warmth and love I wanted to bring to the film.”

“Ammonite” stars Kate Winslet as Mary Anning, a fossil hunter who — in 1840s England — is asked to look after Charlotte Murchison (Saoirse Ronan), a young married woman dealing with melancholia. The two women are different in many ways, but an attraction forms. “Ammonite” suffers in comparison to “Portrait of a Lady on Fire,” which tells the story of forbidden love more palpably, with stronger chemistry between its two leading ladies. Winslet and Ronan are both swell actresses, but their affair seems scripted. Winslet’s Anning doesn’t have much in the way of a character arc. She’s dour in the beginning of the movie and pretty much the same at the end. What’s missing is any sense of how the romance changes her life. Ronan is better able to convey her character’s dilemma. “Ammonite” isn’t a bad movie, but it feels like it should be more than it is. It’s nowhere as effective as director Francis Lee’s classic, “God’s Own Country.”

The new lesbian romantic comedy “Happiest Season” — directed by Clea DuVall — was supposed to open in theaters this Christmas, but has moved to Hulu. Abby (Kristen Stewart) and Harper (Mackenzie Davis) are a lesbian couple who go home for the holidays to Harper’s parents. Abby learns, though, that Harper is not out to her family, who don’t know that Abby is her girlfriend. Like “Ammonite,” this pales a bit in comparison to similar work. Two years ago, Jenna Laurenzo’s “Lez Bomb” told a similar story with much more humor and a better used supporting cast. Dan Levy is the supportive best friend and does his usual shtick, while Alison Brie is wasted as one of the sisters. Most troubling is that there’s little chemistry between Stewart and Davis, whose character makes some ill-advised choices. Scenes between Stewart and Aubrey Plaza (as Harper’s ex) have more energy. What partially salvages the film is Stewart, who is quite likable and convincing dealing with a family from hell. “Happiest Season” is middle of the road entertainment, but it does have a big heart.

Finally, Tania Cypriano’s documentary “Born to Be” is available. In New York City, the Mount Sinai Center for Transgender Medicine and Surgery is a one-of-a-kind facility where transgender and gender nonconforming people can quality for health care. Dr. Jess Ting is a plastic surgeon at the center who deals with all sorts of patients. He’s so in demand, the wait list for him is two years. “Born to be” charts many of the patients at the center and Ting’s decision to go into this line of work and how it affects his life and career. It’s well done.

“Ammonite” is in theaters and Premium On Demand December 4

“Born to Be” is in virtual cinemas Dec. 4, including the Plaza Theatre