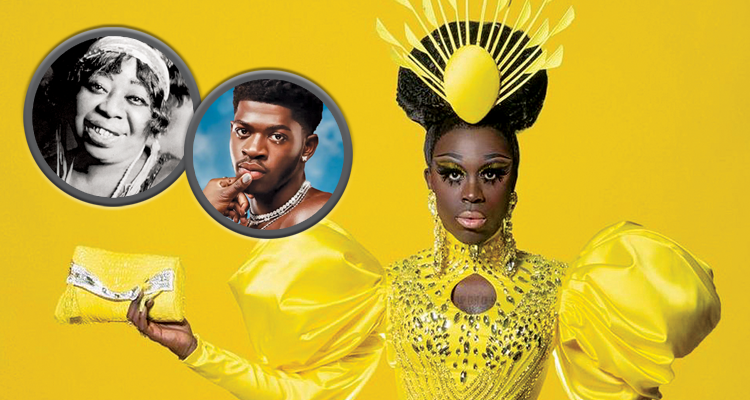 When someone from your hometown becomes an international celebrity, it tends to be a point of pride for you and your community members, showing the world that your spot on the map produced someone so talented. For most celebrities, places like New York City, Houston Texas, and Los Angeles tend to be their original stomping grounds. Likewise, LA and New York can claim celebrity endorsements, which have been shown to boost tourism. While Atlanta isn’t typically the first city to come to mind when people think of celebrities, more and more stars have either claimed Georgia as their home in recent years or have moved to Atlanta. In honor of Black History Month, here’s a list of Black LGBTQ Georgians who have made their state proud.

Ma Rainey has long been known as the “Mother of the Blues” due to her significant and early contributions to the musical genre in the early 20th century. Born in Columbus, Georgia, in 1886, Rainey began performing at her church, as well as in talent shows in Columbus, when she was young. When she was just 14, she performed with the troupe, “A Bunch of Blackberries,” at the famed Springer Opera House. Rainey’s career took off from there, and she began touring the South with the Rabbit’s Foot Company. Ma Rainey was a trailblazer in many ways. She performed some of the first integrated shows in the South, her tracks featured lyrics advocating for feminism, and she worked alongside several other musical legends, such as Louis Armstrong, Elvis Presley, and Bessie Smith. People have debated whether Ma Rainey ever officially came out. Ma Rainey married William “Pa” Rainey in 1904, but lyrics to some of her songs seem to all but confirm her attraction to women. “Prove It on Me Blues” is one of the most well known of her works to suggest her queerness, with the lyrics “Went out last night with a crowd of my friends / They must’ve been women / ‘Cause I don’t like no men.” Additionally, people who knew Rainey and Bessie Smith have long thought that the two were romantically involved, including Smith’s own sister. Most famously, Smith bailed Rainey out of jail after she was arrested for hosting a “girls only party.” While Rainey may not have publicly come out, her impact was paramount for Black, queer, and women artists for decades to come. She helped establish the genres of blues and rock ‘n’ roll, as well as opened the doors for countless other Black artists to perform in a heavily segregated South. Rainey finally received some of the credit she’s due with the Academy Award-winning Netflix film, “Ma Rainey’s Black Bottom.”

While Bob the Drag Queen has done a lot of performing in New York City, the actor, musician, songwriter, stand-up comedian, and activist was born in Columbus and raised in Clayton County. Bob, also known as Caldwell Tidicue, has been very open about her nonbinary and pansexual identity and has been a strong advocate for marriage equality. Bob has been involved in drag for decades, as her mother owned a drag bar in Columbus. After moving to New York with “two suitcases and $500,” Bob started her drag career after initially working in a children’s theater.

She was already well established in the drag community before competing in the eighth season of “RuPaul’s Drag Race,” which she won. Bob has also appeared in acting roles on HBO, Netflix, and MTV, released two comedy specials and her own unscripted HBO show, “We’re Here,” and hosts a podcast with fellow drag legend Monét X Change.

Bob was very active in the movement to legalize gay marriage, with her first public drag performance being at an NYC Pride event where she was arrested while protesting. Bob carried this sentiment with her to “Drag Race,” encouraging other contestants to get involved with causes they care about. Bob made history during her time on “Drag Race” as the first openly pansexual contestant to win, the first Black contestant on the show to reach one million followers on Instagram and for winning the most challenges in competitive episodes.

Born in Lithia Springs, Georgia, in 1999, Lil Nas X has become a household name in recent years and was arguably one of the most influential celebrities of 2021. After rising to fame in 2019 with his country-rap single, “Old Town Road,” which became Diamond Certified the same year, Lil Nas X also established a strong social media presence with more than 46 million cumulative followers across his Instagram, Twitter, and TikTok accounts. He won a Grammy for the “Old Town Road” collaboration he did with Billy Ray Cyrus, along with another Grammy that same year, two BET Hip Hop Awards, and five MTV Music Video Awards. He made headlines again in 2021 with his releases “Montero” and “Industry Baby,” earning almost two billion streams on Spotify. What makes his 2021 releases so notable is the transparency of Hill’s sexuality in his work. “Montero,” in particular, discusses romantic and sexual feelings he has toward male partners. This is further shown in the music video, which shows sexual activity between two men. While this sort of content historically has been the downfall of stars, Lil Nas X is part of a generation of artists that is normalizing same-sex love and sex. His honesty about his identity and his normalization of what has in the past been considered “other” in the music industry helps open doors for future queer artists.