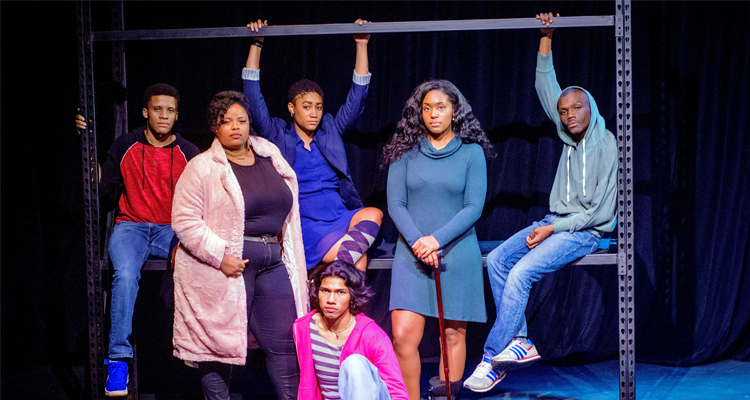 It was supposed to hit the stage in January, but Actor’s Express’ “Intimate Apparel” is now set to open next week. Director Ibi Owolabi is proud to be able to present the show, even if it took a little longer than expected.

According to the director, Esther is coming up on the life-altering roadblock that she has never experienced love at the age of 35. In the play, Esther is very much loved, but not in the way she feels is valuable.

“The play shines a light on how women can be successful in so many aspects and because they don’t check a certain box in society, they feel unfulfilled,” Owolabi told Georgia Voice. “It’s a love letter to career women, who say that their life has been devalued in a certain way.”

Owolabi feels that Esther is limited in societal matters. Although she is relatively successful, the fact that she is not attached to a man is a big deal. In the play, she begins a romantic pen pal correspondence.

“This is not the time period for a single woman in your 30s, unless you were widowed,” Owolabi said. “I think there was a big stigma at the time.”

Owolabi credits Nottage as the reason she is in theater.

“At Georgia Southern, a predominantly white institution, I knew I loved theater with everything in me, but I didn’t really know what trajectory it was in,” she said. “We had a list of playwrights we were supposed to explore and I read ‘Intimate Apparel.’ As I was reading this, I thought, ‘A Black woman wrote this?’ I feel like it stuck with me for so much of my early career.”

The play also has a lesbian angle.

“It’s at the cross section of what power imbalance can be,” Owolabi said. “Esther is loved and desired, but it’s not in a way she can receive it. People who watch it will understand (the situation). I don’t think it’s stigmatizing in any way.”

Among the play’s awards are the 2004 Drama Desk Award for Best Actress for Viola Davis and the Outer Critics Circle Awards citation for Outstanding off-Broadway Play.

Presenting a play during the COVID-19 pandemic has presented its own challenges, but Owolabi has tried to make the most of it — and come out stronger.

“COVID felt like a gift and a curse,” she said. “I got a lot more in-person gigs because of the work I was doing on Zoom and because there was a giant racial reckoning where people were realizing they had not hired enough Black directors. That was not the case at Actor’s Express, but other places. Working with COVID, there was already an extra layer of caution. It made me go back to basics of what I had learned in school.”

Also new to Atlanta is the gay-themed, “When Last We Flew,” which is making its regional premiere at Out Front Theatre Company. Its hero is Paul, a gay Black teenager growing up in small town Kansas. He has stolen the book, “Angels in America,” from his library and finds solace in it. Soon, he finds his own life paralleling the play.

Director J.L. Reed had been wanting to work with Out Front for a while before this gig came up. When artistic director Paul Conroy reached out, Reed read the script and appreciated its framework, but also its experimental nature. It felt like the kind of theater he likes to see himself.

Protagonist Paul is having to deal with not only his sexual feelings but also being Black in a small town.

“As a teenager, there is his sexual awakening, what these feelings mean and how to attempt to express them when you are not sure exactly how welcoming and understanding people will be,” Reed said. “There’s some teen angst. As a Black teen, in Kansas, [he’s dealing with] being marginalized and wondering how much more that will be if he is queer, who he is, and what challenges will come around because of that.”

The show is written by Harrison David Rivers; Dayla McGee (as The Angel) and A.J. Thomson (as Paul) headline the cast.